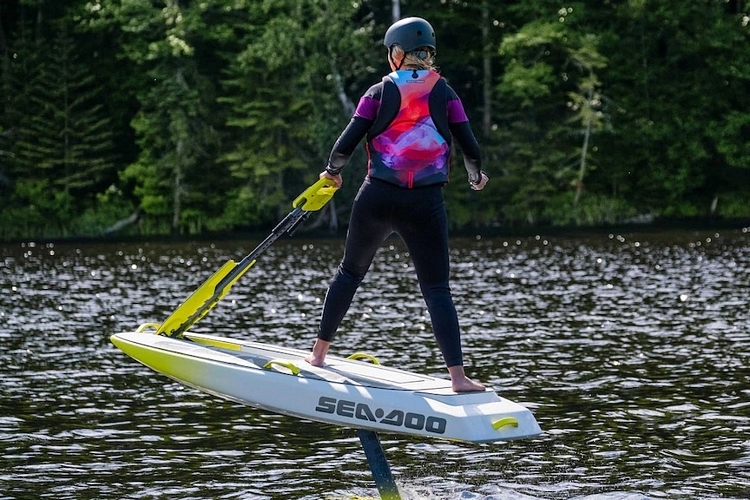 After over a decade of companies prototyping models of all sorts, electric jet skis are finally a real thing that you can buy. Instead of the big marine powersports brands, though, it’s actually a nascent outfit with funding by the Canadian government that actually pulled it off. Does this mean we can actually expect all the big personal watercraft brands to join the all-electric fun? Maybe. In the meantime, one big brand seems to be reluctantly dipping its toe in the form of the Sea-Doo Rise.

No, it’s not an all-electric Sea-Doo jet ski. Not quite yet. Instead, Sea-Doo’s initial electric watercraft foray comes in the form of a battery-powered hydrofoil board. Why hydrofoil? Most likely, because the tech is a lot more common, with a number of companies already making them, so there are far fewer unknown variables compared to electric jet skis. At any rate, Sea-Doo fans can now look forward to an electric hydrofoil board from the popular outfit. 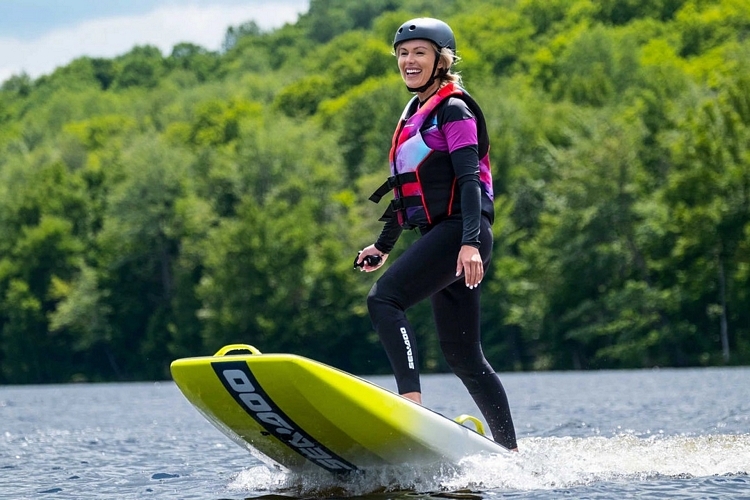 The Sea-Doo Rise actually looks like a small surfboard when it starts out on the water. Until, of course, you pull out the retractable handlebar, which makes it look like a severely underpowered jet ski. Once you ride, of course, the board starts floating, revealing the mast beneath, which extends to the foiling wing and propulsion system at the bottom. Like other electric foiling rides in the market, riders can choose not to deploy the wing if they want to ride it like a motorized surfboard, as well as partially deploy it to limit the height the hydrofoil board rises or fully deploy it to get the full height of the mast. 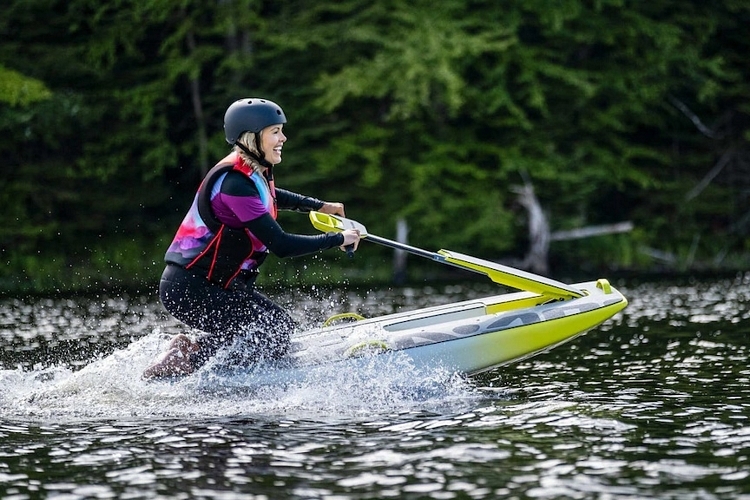 For now, there aren’t any details about the actual propulsion system or battery pack it’s using. Like similar rides, though, users can operate it through a handheld remote. And being a Sea-Doo, we expect a fair bit of advanced tech onboard. 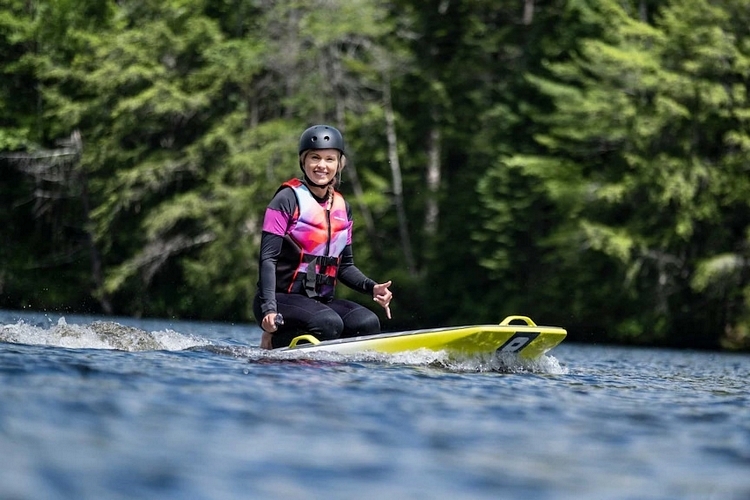 More information about the Sea-Doo Rise will be revealed next year, with availability likely to follow after that. In the meantime, enjoy this short video of the new ride in action.