Seaboard GRAND Is A Keyboard With Flexible Keys 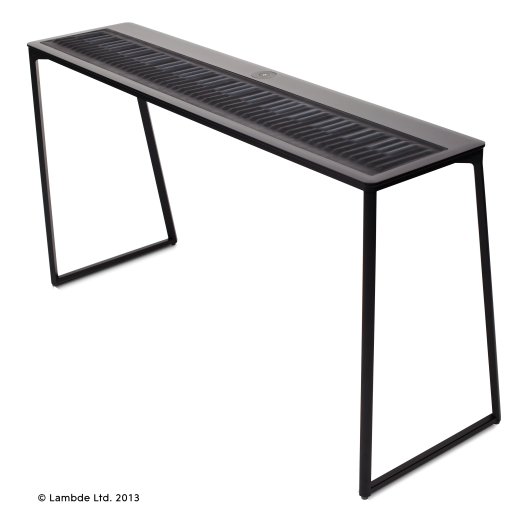 With synthesizers and electronic keyboards (no, your Electronic Music Synthesizer Shirt doesn’t count), creating a mass of unique sounds from a single instrument is easier than ever.  Of course, that also means you’ll be busying yourself not just with the keys when playing, but the lot of knobs, dials and sliders available on the console, as well.  The Seaboard GRAND is a new musical instrument that lets you do everything without taking your digits off the keys.

Made by Roli, it uses a standard keyboard layout but doesn’t use standard stiff keys  for playing.  Instead, it uses flexible keys — ones you can press anywhere along its length to vary the sound without having to reach out to rotate knobs, press buttons or move sliders somewhere on the machine. 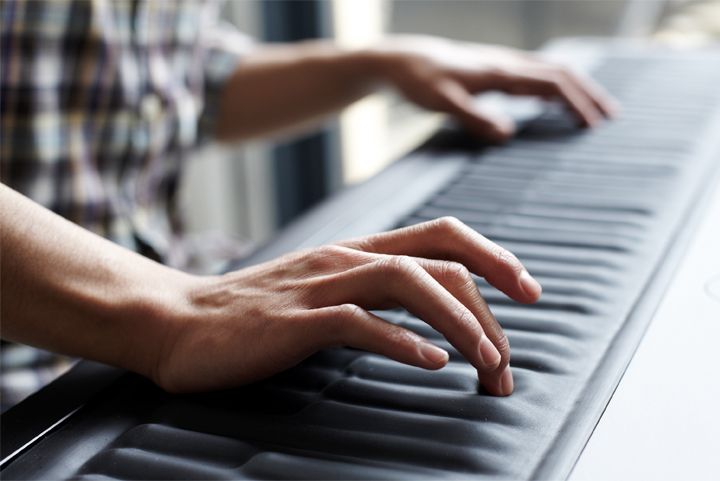 At the heart of the Seaboard GRAND is the Sensory, Elastic and Adaptive (SEA) interface, described as “a high-resolution haptic pressure sensor” that accepts three-dimensional gesture inputs and provides tactile feedback.  A proprietary tech, the interface can detect subtle gestures within a three-dimensional space, so even the slightest press will be enough to produce sound.  Layout is similar to a standard keyboard, too, so experienced players should have no problem working with the new instrument.

The fun, however, happens when you mess with the keys after you play a note, with additional gestures altering the pitch, volume and timbre depending on where and how you press.  You can even use it to mimic other instruments right from the keys, letting you do what normally requires elaborate programming, multiple button presses, and knob-turning to produce.

The Seaboard GRAND will be shown off at this year’s SXSW festival, with interested parties able to pre-order a unit starting April.