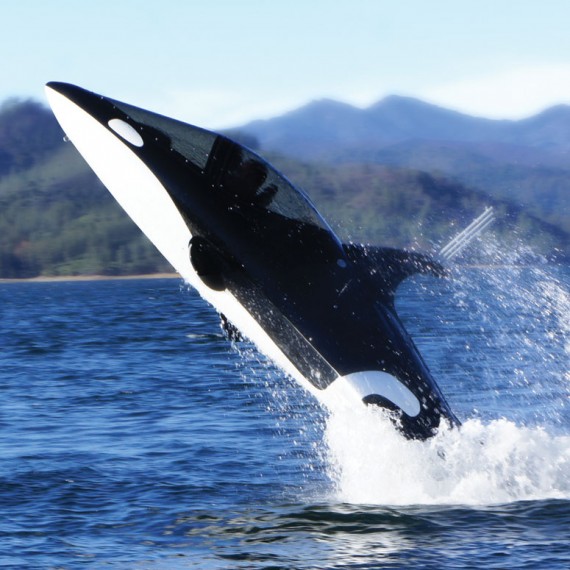 Remember the Seabreacher X, that personal submarine decked to look and run like a shark while on water?  Yeah, it’s pretty special.  Except you’re scared of sharks.  In fact, you intentionally stay away from the TV and the internet during Shark Week.  Maybe the Seabreacher Y, a personal sub that looks like a killer whale, will be more suited to your tastes.

Made by Innespace, the watercraft doesn’t just have the external appearance of the Orcinus Orca, it breaches and submerges similar to one, too.  That way, you can use it both for sightseeing underwater and scaring people away from your side of the beach.  Very handy. 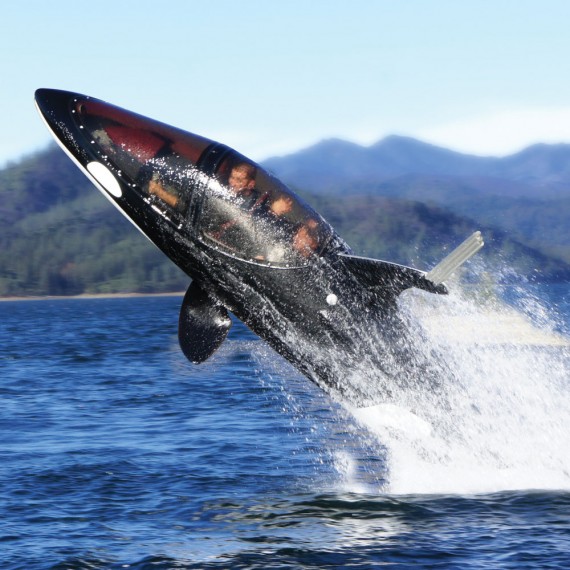 The Seabreacher Y is a luxury personal submersible that measures 17.5 x 3.5 x 4.75 feet and weighs 1,450 pounds.  Sporting a 255 hp supercharged Rotax axial flow engine, it can push underwater at a rate of 25 mph and hydroplane at speeds of up to 50 mph.  Just like Innespace’s other watercrafts, it can perform tricks on the water, including sky-hops, dives and rolls.  From what we can tell, this isn’t the kind of submersible you take to great depths, though — you need to stay close to the surface to allow the snorkel on the dorsal fin to supply a steady stream of air to the engine. 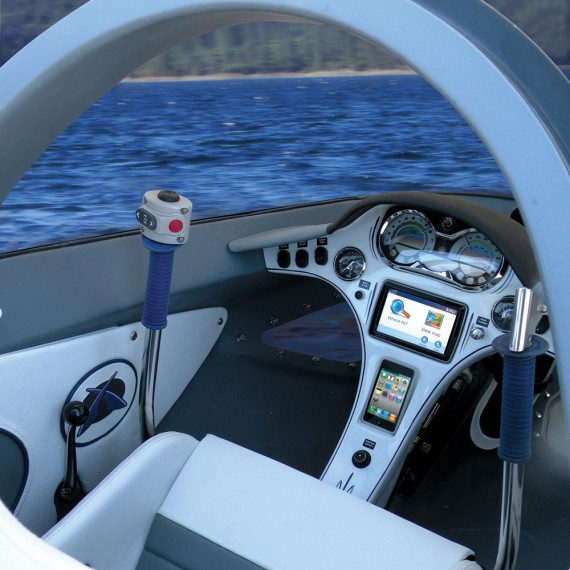 The two-person cockpit is covered by a tinted half-inch-thick acrylic canopy, keeping the driver and passenger protected the entire time.  Foot pedals let you control steering, with throttled twin-levers operating the pectoral fins (which allow the sub to perform its tricks).  It comes with full instrumentation on the dash, including a speedometer, a tachometer, engine and air pressure gauges, and an LCD showing live video from the camera mounted on the fin.