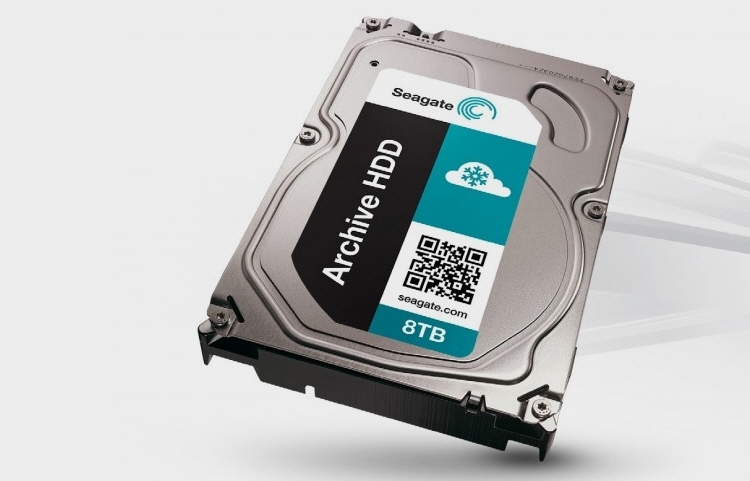 The era of affordable 8TB consumer hard drives is upon us. And Seagate is leading the charge with their latest release, the Archive HDD 8TB 3.5-inch hard drive that costs just 3.25 cents per GB. Seriously, who needs the cloud when it’s affordable enough to set up your own?

A part of the company’s Archive HDD line, it uses Shingled Magnetic Recording (SMR) technology, which allows it to cram more data in a single platter compared to traditional magnetic recording methods. Just how much? A whopping 1.33 terabytes on one platter, a step up from the 1TB limit of pre-SMR methods.

Described as the “lowest cost per terabyte online data archive solution,” the Archive HDD 8TB uses just six platters to accommodate the lot, as opposed to the 8 platters similar units will normally require. It comes in both Standard and Secure versions, with the latter getting a hardware encryption chip. Drive speed is 5,900 RPM, with a 128MB cache and a mean time between failures of 800,000 hours. The catch? Cramming as much data into a single platter also means read and write speeds are affected, leaving it with an average throughput of just 150 MB/sec (which can top out at 190 MB/sec, occasionally). So, while it’s probably not the drive to have running your OS and read/write-intensive applications (pair it with an SSD for that), it’s certainly good enough to be a repository for the troves of data, media, and other digital content you accumulate from both legitimate and questionable sources.

Slated for wide availability in January, the Seagate Archive HDD 8TB is priced at just $260.