Sealander Is A Mini-Camper For Land And Water 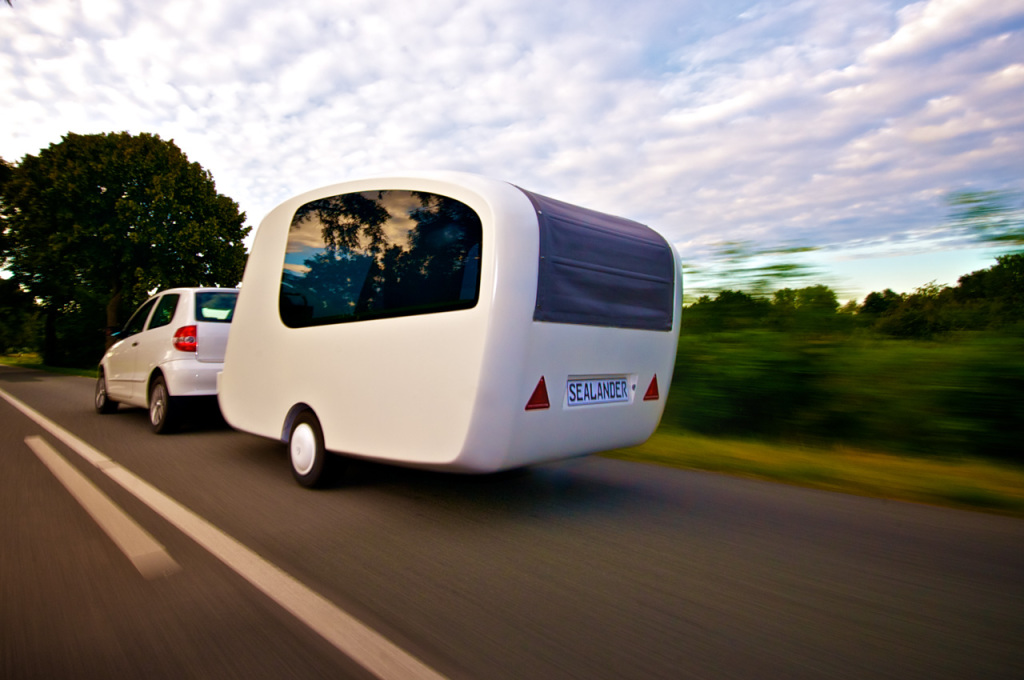 Camping by the lake is different than camping in the lake.  For the first one, your swanky Airstream trailer will do.  For the second, you need the Sealander.

An amphibious camping trailer, you can haul it with your car on land and have it floating in the water once you hit the site.  That way, you can literally camp “in the lake” with all them alligators, piranhas and Loch Ness creatures (and, yes, all lakes have those — I swear). 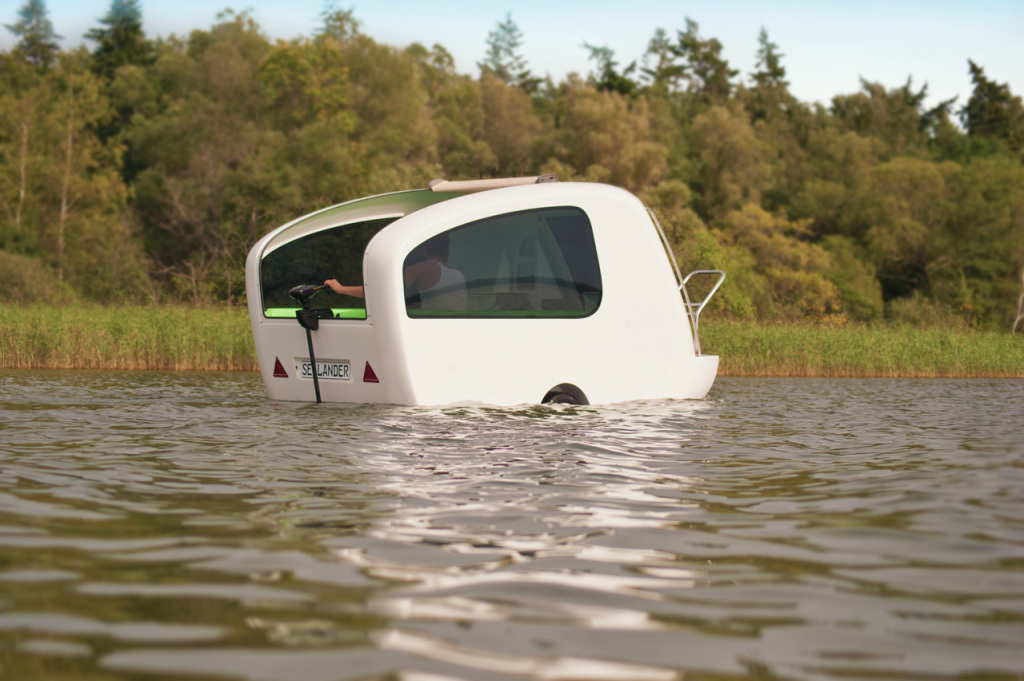 The Sealander actually looks like a regular mini-trailer while on the road, ready to give you an enclosed shelter as soon as you park on a camping site.  Designed to house one or two people in the outdoors (more if you’re willing to squeeze really tight), it measures 12.8 x 5.25 x 6.1 feet (l x w x h), with a lying area of 6.5 x 5.2 feet for sleeping.   Despite the limited size, the interior can be outfitted with numerous amenities, including removable seats, a mini-kitchen and sink, a cool box and a heater.  The roof can be opened, too, so you can enjoy the stars on a clear night if that’s your thing. 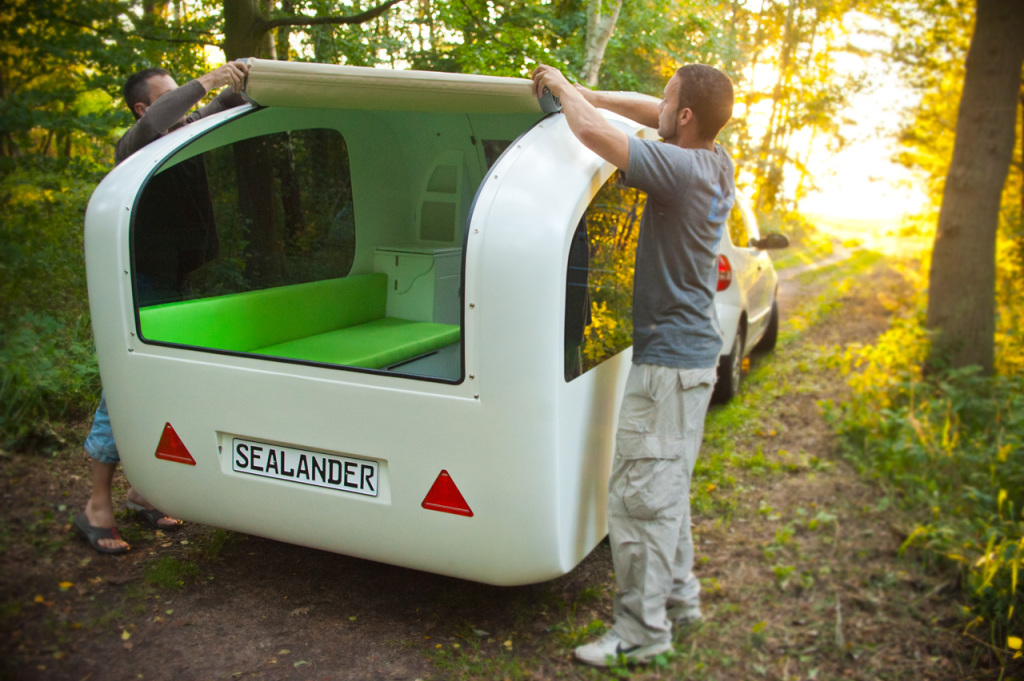 Since it’s intended for use as floating pod, the trailer comes with a stable bowl shape and fully waterproof chassis.   It also has a low-emission outboard electric motor that you can use to move the trailer (very slowly, though, from the sound of it), in case a giant alligator decides to chew on the ropes that keep you close to the shore.

As of now, only a couple of prototypes of the Sealander have been made, as they are still finalizing the design.  They’re hoping to make it available by 2012, though, with pricing estimated at upwards of $20,000.