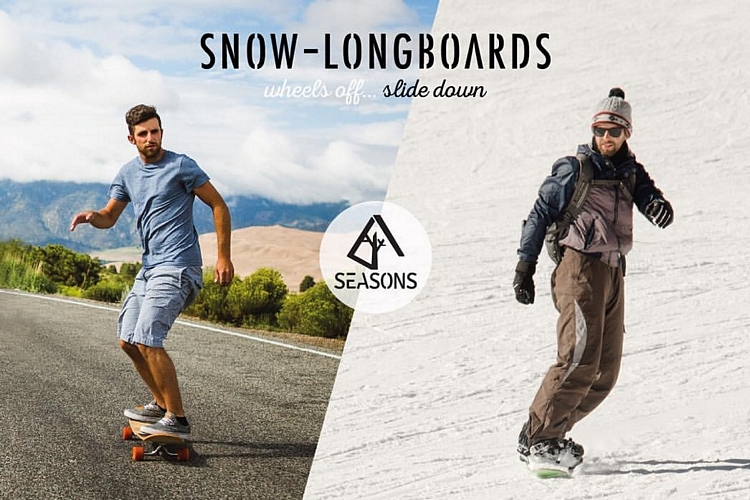 Like any longboard (or longboard strollers), you can use the Seasons Alpine to cruise the streets, race on downhill roads, and carve on corners like a boss. Unlike them, it turns into a freestyle snowboard as soon as you take off the trucks and wheels, allowing you to ride the thing across snow-covered backcountry slopes.

That’s right, someone made a hybrid deck that will work equally well on paved roads and powder-coated slopes, so you can hit the streets in the summer and the ski resort in the winter using the same exact ride. Sure, it might not work as optimally as something that’s purpose-built for each activity, but it’s well-engineered enough that it should handle both just fine. 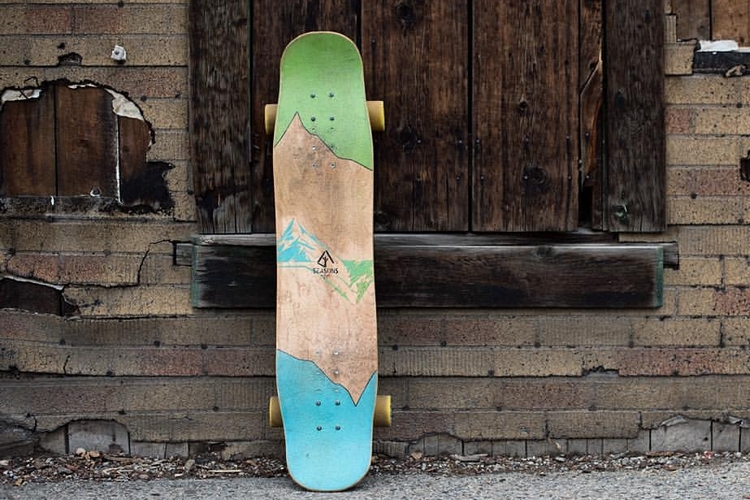 The Seasons Alpine sports a camber-rocker profile with a central flex that’s designed to support the riders well on both wheels and on snow. Because of its dual-function, it ditches the traditional longboard design, reinforcing the wooden deck with metal edges, a sidecut, and a waxable base made from P-tex, a durable thermoplastic traditionally used in skis and snowboards. It even comes with built-in inserts, so you can mount snowboard bindings and lashes onto the deck, turning it into a more familiar snow-faring toy. Each one is built by hand and measures 39 x 24.25 x 8.75 inches. 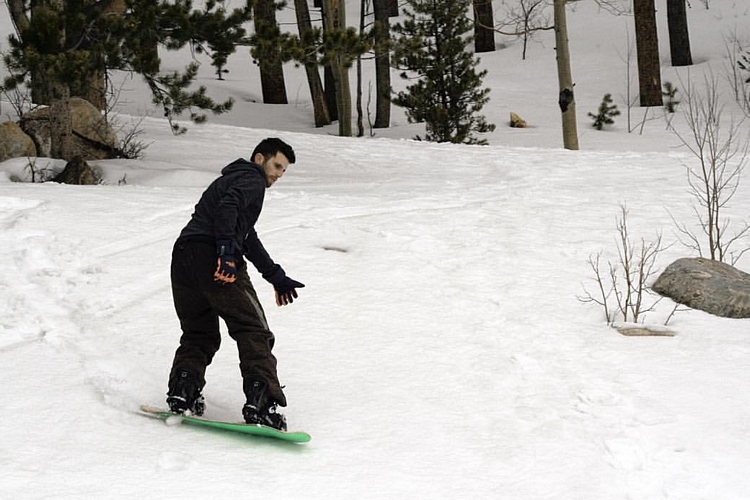 Aside from the Alpine, Seasons has two other skate/snow decks on their roster, the Explorer and the Antelope. They also have an upcoming skate/wakeboard deck, along with plans to build skate/surf and skate/sand decks down the line.

Pricing for the Seasons Alpine is set at $235.