Forget Learning To Dive, Just Use The Seawolf To Get Underwater Footage While Chilling In Your Boat 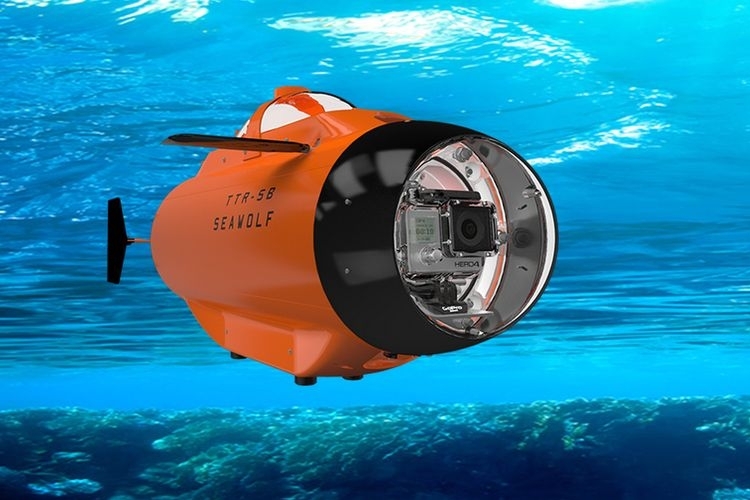 Your drone is awesome, allowing you to take gorgeous aerial footage without having to hop onto a helicopter. The Seawolf wants to do the same for your underwater shots, diving and cruising in deep water while you pilot it from shore.

Made by TT Robotix, it’s a remotely-operated submersible drone that’s designed to carry a GoPro on its nose. That way, you can take underwater footage without having to dive yourself, saving you from the hassles of learning Aquaman skills and buying tons of gear, just so you can post videos of marine scenes on your YouTube channel. 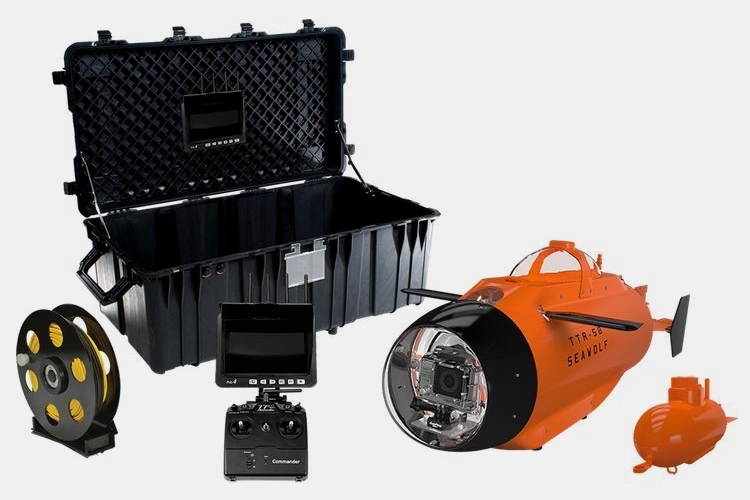 The Seawolf is a small, 17-pound submersible clad in the shape of a handheld search light (seriously, it looks like one). Except, instead of having a bulb on the front end, it comes with a GoPro Mount (compatible with Hero3 and Hero4 models) that’s covered with a clear and waterproof dome, allowing it to film underwater footage, whether you’re searching for the Loch Ness monster, looking for sunken treasures, or just hoping to find something interesting below the surface of the open seas.

It can dive to depths of up to 33 feet and cruise at speeds of up to 2 mph, all while running for far longer than your favorite aerial drone, with its 5,000 mAh battery lasting for up to 50 minutes of diving time. There are two options for controlling the drone: a phone app or a separate wireless controller (Bascom D4) with an 8-inch integrated display. You can also leash the drone to an optional tether wheel with a 30-meter cable, if you’re worried about losing it in the vastness of the ocean (I mean, you can’t exactly see where it is from a boat, so this might be a good idea).

Slated to launch in August, the Seawolf is priced starting at $999.