Imagine you have a regenerative eye disease that slowly took your eyesight over time, leaving you completely blind before your 60th birthday. That’s what happened to Allen Zderad, a 68-year old grandfather who was finally able to see again after a decade in complete darkness, thanks to the Second Sight Argus II.

Described as a “retinal prosthesis system,” it’s a bionic eye that restores some amount of vision to people who have long lost their eyesight. While it doesn’t restore vision to 100 percent normal (far from it), just the ability to see anything again is likely a huge relief to anyone who spent a long time living in complete darkness. 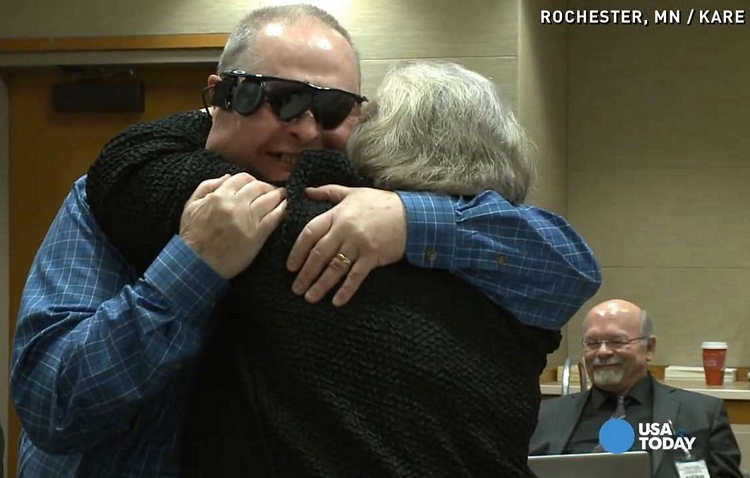 The Second Sight Argus II embeds a tiny wafer-like chip in a person’s eye surgically, which works in conjunction with an eyeglass component to give the blind the ability to see. When used, the recipients will only be able see crude outlines of objects and human forms (think of it as a crude, early version bionic eye), so it will likely take some getting used to in order to recognize people and faces. Still, it’s a big deal. So much so, in fact, that Zderad broke out in tears of joy as soon as he saw his wife for the first time in over a decade.

Zderad is only the 15th person in the US to receive the Second Sight Argus II, which has been in continued development for the last 25 years.