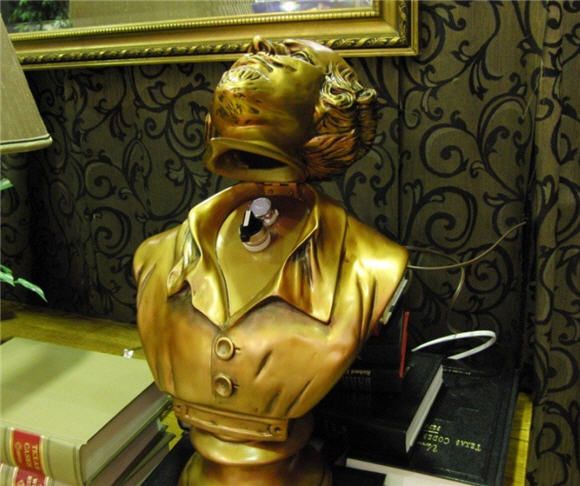 Old movies and comic books always had mansions with secret lairs, where the pathways were opened by similarly secret controls hidden either in the bookshelves or on one of the statues.  This Secret Bookcase Entrance, inspired by a similar unit installed in Wayne Manor, does exactly that, opening the door to a room that’s hidden from sight.  Instead of leading to a fireman’s pole which slides down to the Batcave, however, the discreet doorway opens up to the exclusive Senior Lounge of a high school homecoming dance.

That’s right, the fancy-schmancy motorized door system was borne out of the need to outfit a teenage dance with some extra flair.  Created by one of the students, it works well enough, albeit a bit underpowered.  In fact, it can’t muster the strength to pull an entire wall of bookcases apart.  As such, they used a thin slab of wood decorated with a bookshelf wallpaper, instead, for a doorway system.  Not that bad. 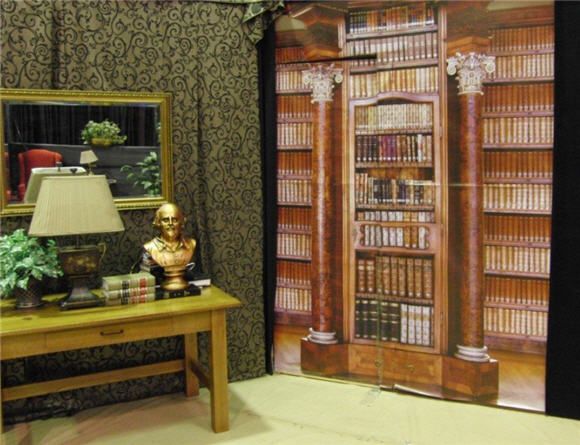 The Secret Bookcase Entrance uses a bust of William Shakespeare to hold the controls, with a hidden switch lying underneath the head.   Flip the playwright’s skull up to reveal the control, which turns on a 12VDC wall wart, putting the $7 motor assembly (basic gears and a rubber wheel) attached to the flush wall door into motion.  Very cool.

Using a more powerful motor and stronger power supply, there’s no doubt this can be fine-tuned into opening a full shelf, like they do in the movies.  Of course, it means you have to install a real bookshelf and fill it with thick volumes, neither of which sound like they make sense for most homes today.  Meh.  I’d suggest just parting the actual wall, instead.