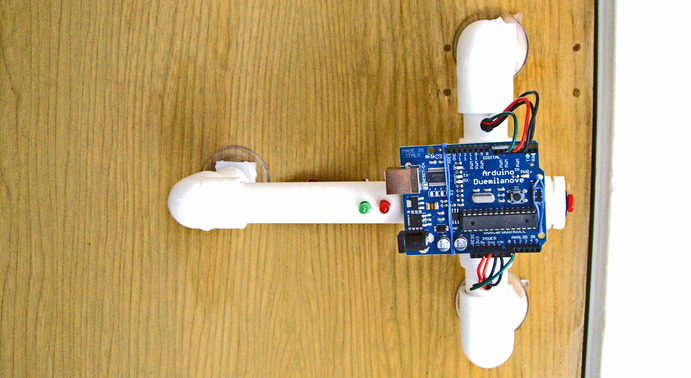 The problem with secret knocks is that you’ll actually have to listen to the knock.  Now, why would I spend my time listening to the banging on the door when I could be watching TV or playing online multiplayer with the volumes cranked up?  With today’s bevy of distractions, let’s just say that secret knocks are no longer the useful identity system that they used to be.  Until somebody came up with this improvised door lock that detects secret knocks.

Some people are calling it the Knock Lock, though, I don’t think it has an official name.  Suffice to say, it’s a homebrewed door-locking system that automatically releases the deadbolt when it recognizes someone pounding on the door at the right count and cadence. 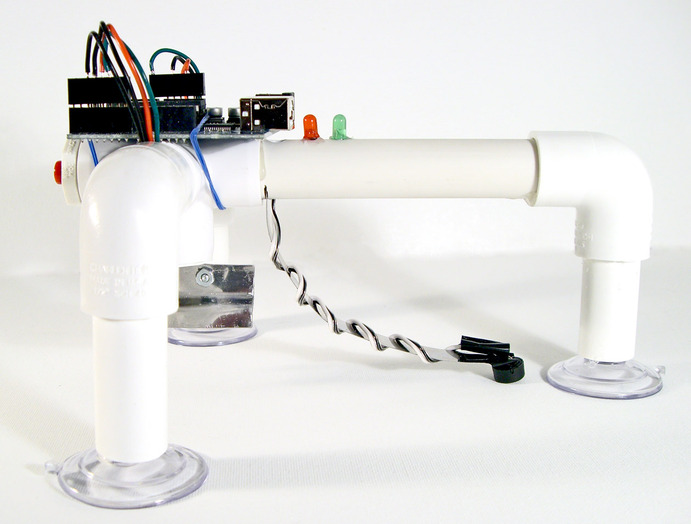 It’s a first-generation build, so forgive the shabby appearance.  Actually, the guys behind the device simply rigged it from parts they can scrounge up at home (thus, the PVC pipes and suction cups), looking to prove that the concept is possible, rather than coming up with a proper device.

The Secret Knock Detector consists of a piezo speaker (which presses against the door and listens for knocks), an Arduino processor, a tiny motor (which turns the bolt to unlock the door) and, well, the rest are all exposed (wires, lights and the PVC).  The code, which they generously posted on the link below, records the time between knocks and uses it to generate a comprehensive analysis, measuring data such as the number of knocks, the absolute timing and their compatibility to the pre-programmed “secret knock.”  It’s supposed to be surprisingly accurate.

More likely than not, this thing will see a number of iterations before coming up with a final version.  Should be interesting.  All details for the current build are available from the creator’s site, in case you’re thinking of making one for yourself.  Me?  Nah…I’ll wait till Ace Hardware has one.