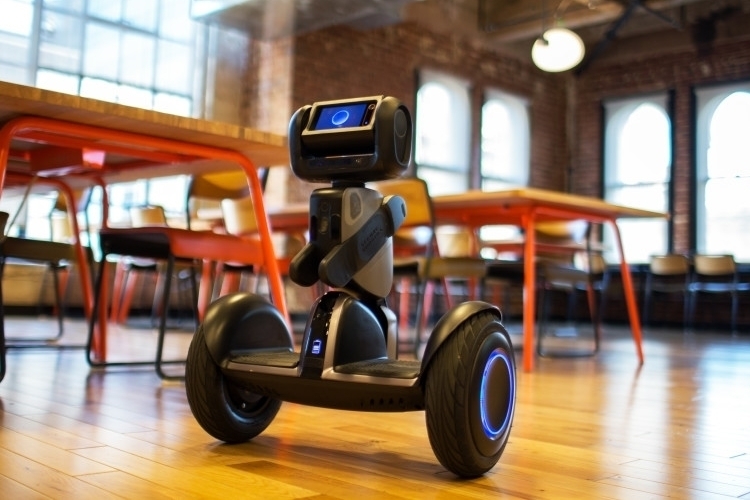 Remember Segway’s MiniPro, which borrowed the design of compact “hoverboards,” while adding precision steering and extreme stability? It’s pretty cool, but at the end of the day, it’s just another hoverboard that doesn’t fly. The Segway Loomo brings a little more to the table.

No, it still won’t fly like the hoverboards that science fiction promised. However, this brand new personal transport tool brings an entirely unique function by doubling as a robot companion that can serve as your new faithful sidekick. That’s right, your hoverboard is now your robo-friend. 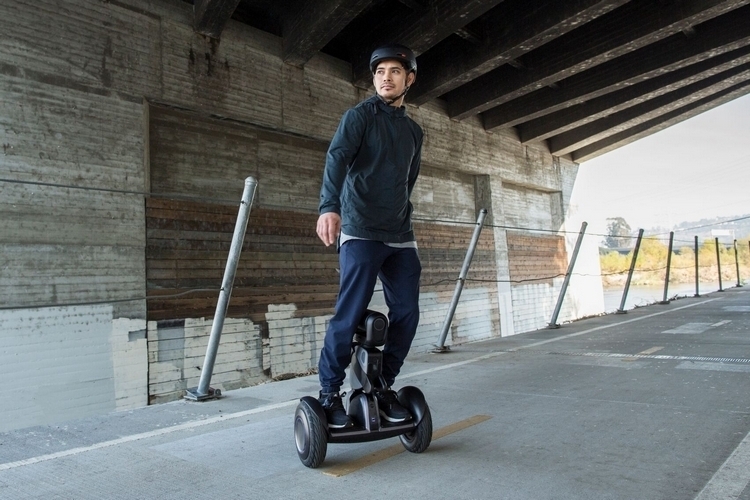 The Segway Loomo is based on the outfit’s Mini Plus transport tool, incorporating that device’s magnesium alloy base, self-balancing technology, and sensors, so you can expect the same stable riding experience with minimal work on your part. It has an onboard motor that can power it at speeds of up to 11 mph, which should make for a satisfying but safe pace, all while reaching distances of up to 22 miles in a single charge. The device can drive over paved roads, sidewalks, and packed dirt, as well as 15-degree slopes, 1.2-inch gaps, and quarter-inch obstacles (basically, unless it’s small pebbles, steer away from it).

What makes the transport tool special, however, is the integration of Intel’s RealSense technology, which gives the erstwhile pedestrian hoverboard newfound AI capabilities. It’s equipped with a RealSense ZR300 depth-sensing and motion tracking camera, along with a quad-core Intel Atom Z8750, giving it the ability to perceive the world in 3D, map its surroundings, and recognize objects in the real word. That capability allows it to follow you around everywhere you go like a proper robot sidekick, all while avoiding obstacles all on its own with the help of two infrared distance sensors and an ultrasonic sensor out front. 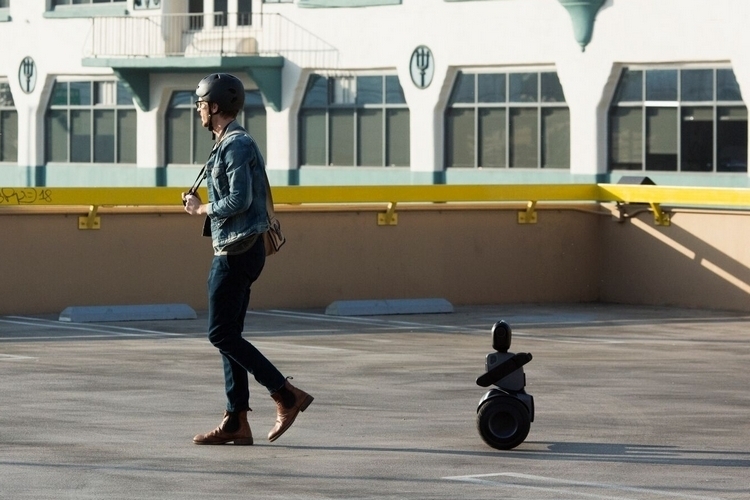 The Segway Loomo also has a 1080p camera with a 104-degree field of view, which it can use to record footage of whatever you want it to shoot. Yes, you can have it follow you around and film you doing your thing, although it will probably work best if you use it to capture moments without having to take out your phone. That’s because the robot is equipped with five-microphone array on its head, which it uses to pick up commands and determine the direction the sound is coming from, allowing you to command it to shoot footage on cue. 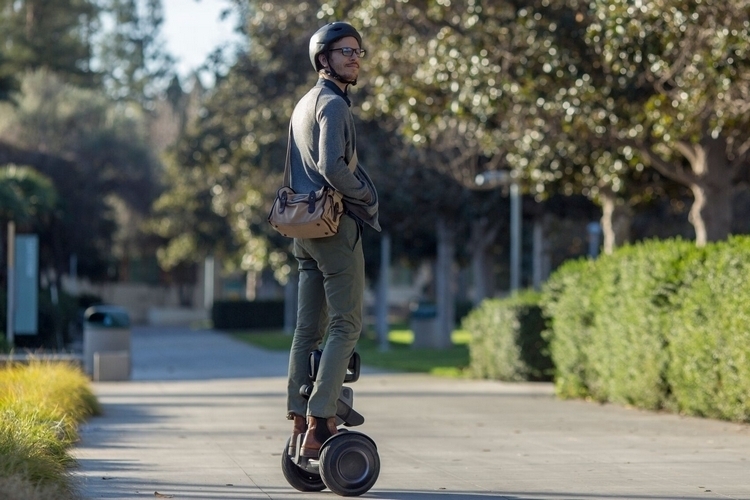 The 1080p camera, by the way, comes with a three-axis gimbal to neutralize abrupt movements and vibrations, ensuring you get stable footage of whatever boring clip you decided you will put on your social media pages. Features include a 4.3-inch LCD screen (with 480 x 800 resolution), built-in Wi-Fi (for streaming video), 64GB of onboard storage, and a build that’s IPX4-rated for waterproofing. In case you’d rather not talk to a robot in public, you can control everything from the companion app (iOS and Android), where you can control all of the robot’s functions.

While we normally avoid Indiegogo due to the many questionable campaigns they allow, we’re guessing that won’t be an issue with the Segway Loomo, which is using the platform to preorder the device. Pledges to reserve a unit starts at $1,299.