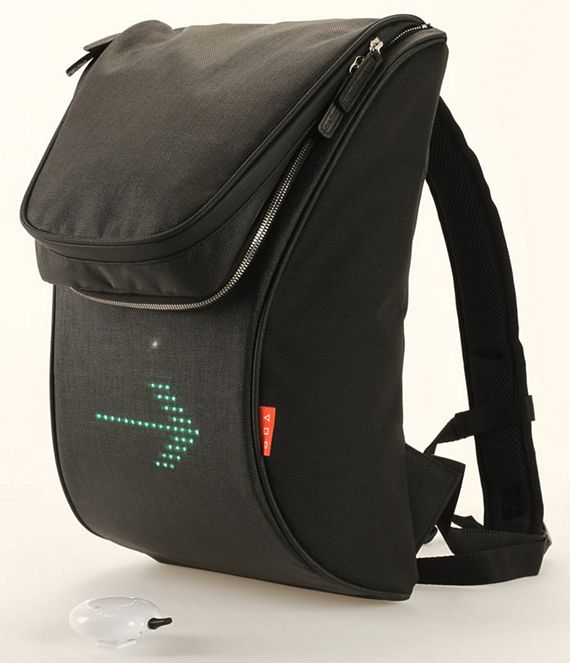 When you rely on bicycles for everyday commuting, you begin to realize the problems associated with it.  From inclement weather to the lack of container space to the relative dangers of riding on the same road with fast cars and impatient drivers, there’s plenty to worry about.  And there are plenty of solutions for each of them: bicycle roofs, messenger bags that sling over your bike’s rear rack, glow-in-the-dark bike frames, and so on.  The SEIL LED is another solution attempting to raise the bar on cyclist safety.

No, it’s not another simple lighting system for nighttime visibility.  Instead, it’s a full-featured signalling solution for cyclists, allowing you to warn motorists and other cyclists when you’re turning, stopping, or just want to draw attention on the road (yes, you can put custom annoying messages on the thing). 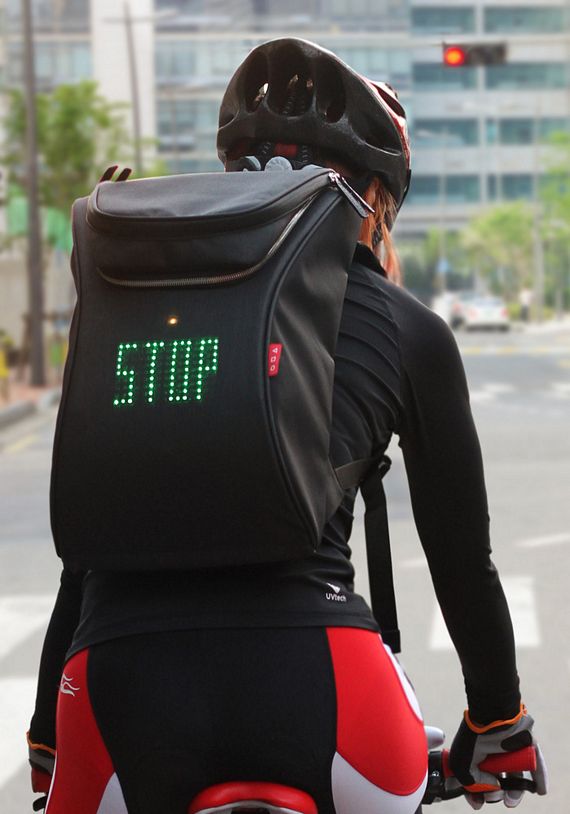 Instead of mounting on your bike’s saddle post, the SEIL LED slots into a backpack pouch or some other bag, so you run zero risk of getting it stolen like everything else on the bike.   The light is strong enough to shine through the fabric, making sure everyone behind you knows exactly what you’re planning to do.    It consists of a grid of water-resistant LED lights mounted on a flexible PCB, with a built-in rechargeable battery good for a little over half a day of operation on a full charge.  Two sizes are available: a 15 x 9 grid  with a 2,700 mAh battery and a 23 x 9 grid with a 3,500 mAh battery. 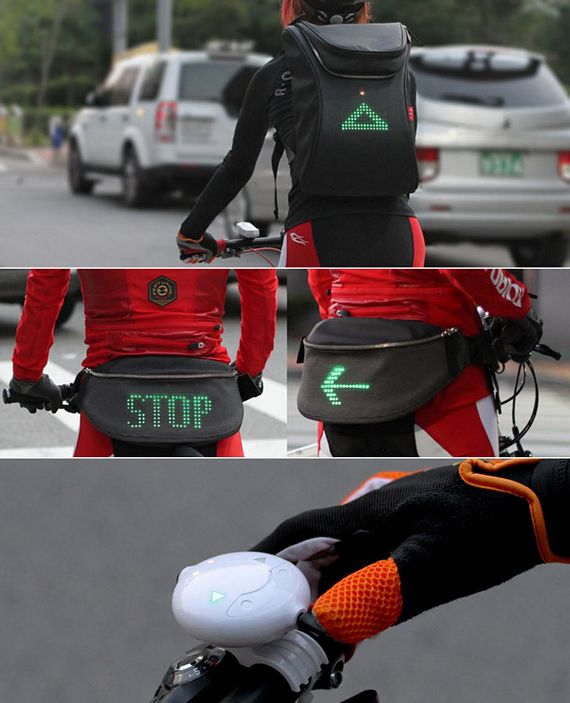 Light grid is managed via a handlebar-mounted controller, with commands sent over Bluetooth.  An accompanying Android app allows you to design custom signals, with an iOS app also in the works.

The SEIL LED is currently raising funds on Kickstarter.  Pledges to reserve a unit starts at $149 for a set that includes a pouch bag.