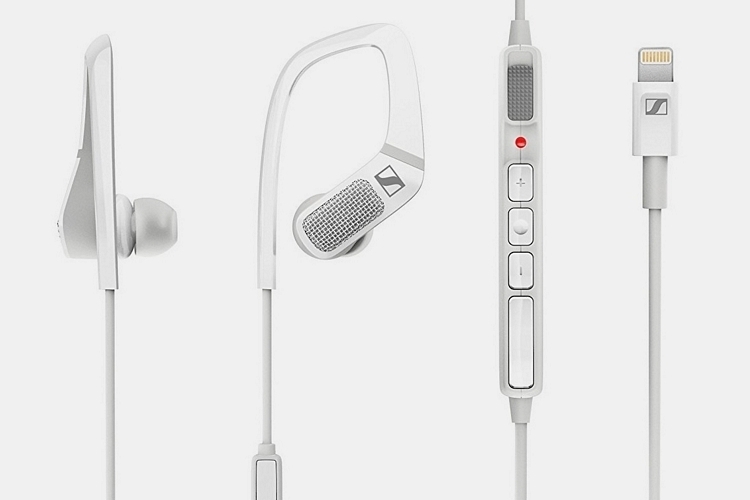 While many modern smartphones are capable of shooting high-quality video, those images are often accompanied by less-than-stellar sounds. Simply put, our phones need better mics if we want to use it for content creation. The Sennheiser Ambeo wants to help with that.

At first glance, it looks like a regular pair of ear buds – the kind you carry around all day and pop in your ears whenever you want to hear some tunes. Except, each earpiece is fitted with high-quality mics that are set up to perform binaural recordings, allowing it to capture audio with a 3D stereo sound sensation. The result is better quality audio track to go with your smartphone-recorded videos without having to carry an awkward mic around. 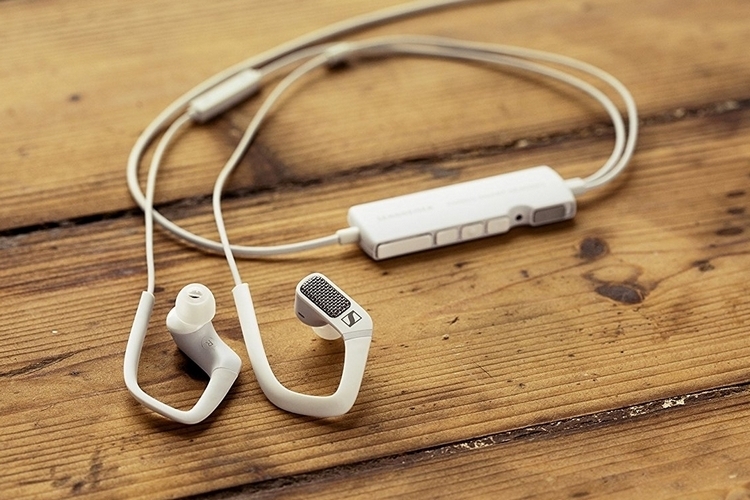 Billed as the “first intuitive, compact, and mobile 3D sound recording headset,” the Sennheiser Ambeo can make 3D recordings that, the outfit claims, will make you feel like you’re actually listening live when piped through regular stereo gear. According to the outfit, a lot of that is due to the way the mics are positioned, which are intended to pick up sound the same way our ears do. Designed to work exclusively with iPhones and iPads that have a Lightning connector (an Android version has been promised at a later time), you simply plug it in and launch the native iOS recording app. From there, the recorded video will automatically pick up audio from the headset’s microphones rather than iPhone’s integrated unit.

Aside from the integrated mics, the headset comes equipped with a mic preamp, as well as precisely-tuned analog-to-digital and digital-to-analog converters, ensuring it picks up premium quality sound the way Sennheiser intended. It also has a slider for adjusting mic sensitivity in one of two settings: normal for regular environments and loud for noisy areas like concerts and parties. That slider, by the way, is programmable via the companion app, so you can change the variables it adjusts if you prefer to use it for something else. 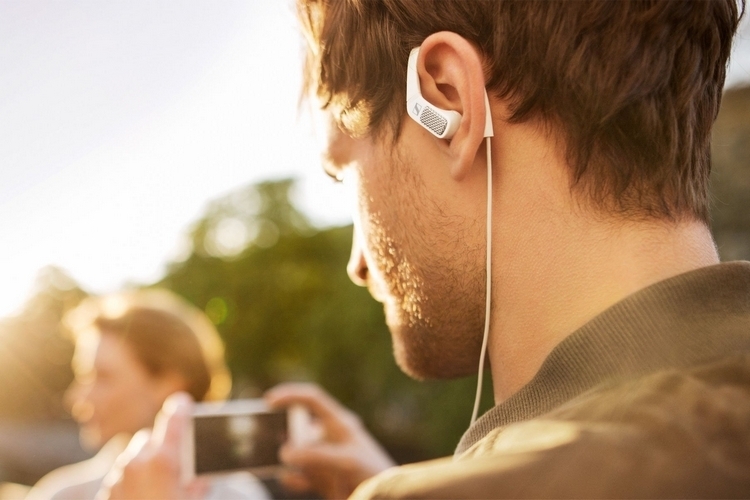 Apart from being an audio capture tool, the Sennheiser Ambeo can also serve as a regular pair of in-ear buds, complete with Sennheiser’s signature sound quality (obviously not as good as their $55,000 headphones, but good enough). An ear hook secures it over your ear so it will stay on even when you run, skate, and do other active things, while a stable in-ear fit minimizes structure-borne noise passively. There’s also a more traditional mic that allows you to take hands-free calls, as well as interact with your phone via voice commands. Each headset comes with three in-ear adapters and a 3.8-feet cable. 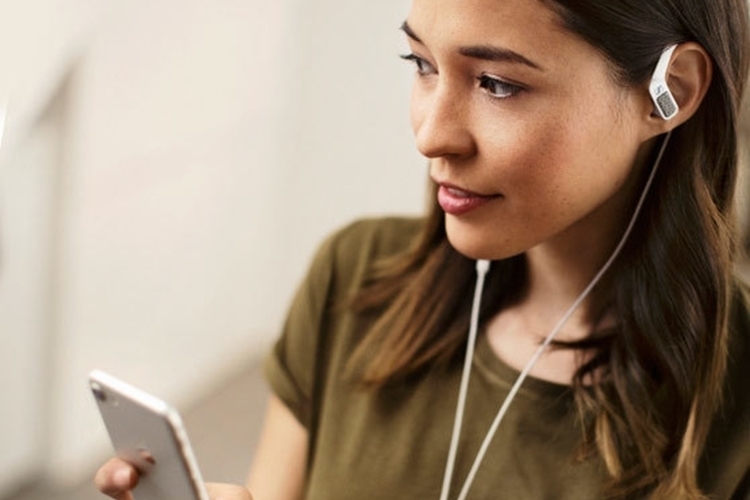 Active noise cancellation allows you to block out all outside noise, so you can listen to music and podcasts completely undisturbed. If you’d rather be aware of ambient sounds in your surroundings, you can turn on the Situational Awareness feature, which picks up outside noise and integrates it into what you’re hearing, so you’ll know exactly when cars are coming while you’re crossing the street.

The Sennheiser Ambeo is slated to come out end of October. 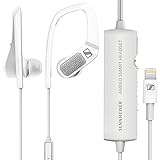