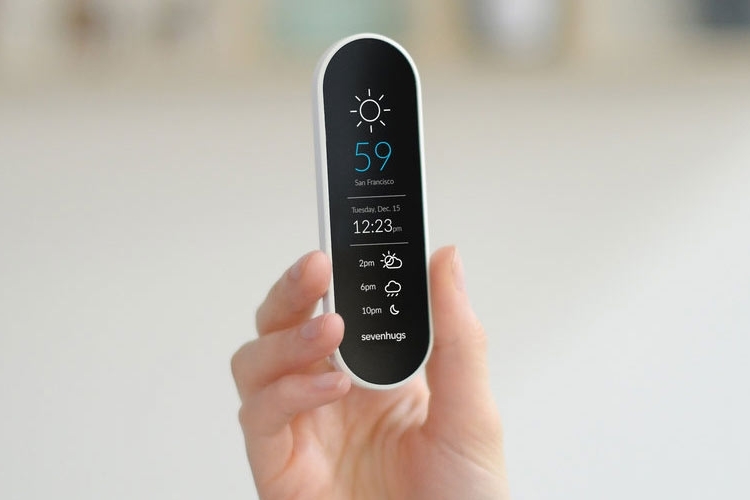 Apps are a great solution for controlling the internet of things. Problem is, the sheer amount of connected objects we’re starting to have means you’re going to have to keep up with dozens upon dozens of apps down the line and that’s not exactly convenient. The Sevenhugs Smart Remote wants to change that by removing the phone out of the equation.

A next-gen universal remote with a touchscreen display, it’s designed to let you control connected devices by simply pointing at them. No need to launch a new app or manually switch to a different interface, as the device comes with a facility for recognizing whatever you’re pointing at, whether it’s a thermostat, a smart lock, or a surveillance camera. 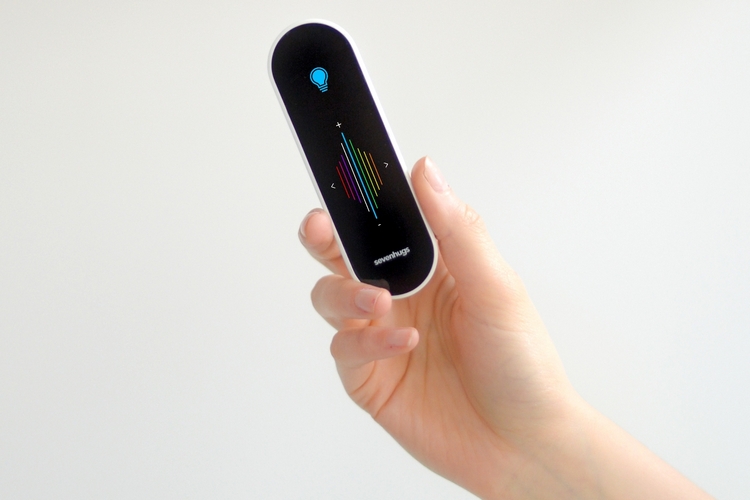 No, the Sevenhugs Smart Remote is not quite a sentient robot that’s aware of its surroundings. Instead, it’s designed to be trained to memorize your home and the location of various objects in it. It uses a trio of sockets that you plug into wall outlets for triangulating its existing position, which it then uses to determine what the heck you’re pointing at from its internal map. That means, of course, that you’ll have to do some work training it before it becomes usable for any connected device, which sounds like a reasonable time investment, considering it can save you plenty of future hassles. 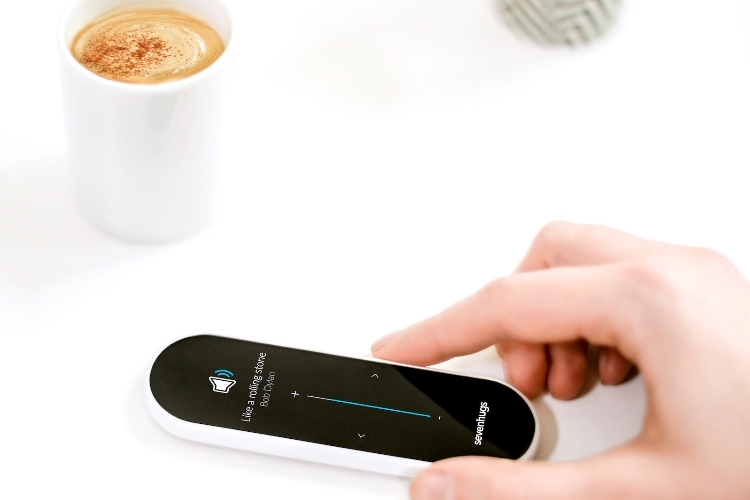 While the idea is smart, the real challenge will be getting the fragmented smart home ecosystem to interface with its SDK. As of now, the device is only compatible with Philips Hue bulbs, Nest thermostats, and Sonos speakers, so there’s a long way to go before it can function as a real universal remote.

Slated to go up on preorder during the first quarter, the Sevenhugs Smart Remote is expected to be priced at under $200.