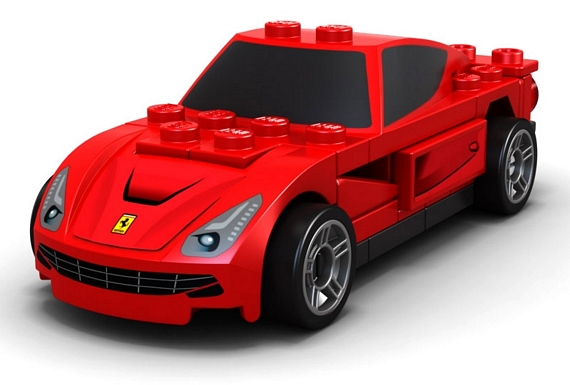 Ever thought of building a LEGO garage, then decided not to go through with it?  Well, it might be time to revive the project because you’re going to need the garage space to park all the awesome Ferrari LEGO cars in the new Shell V-Power Motorsport Collection.

Four cars, one gas tanker (that you can put in a head to head collision with your LEGO Service Truck), and two playsets (a Shell station and a Ferrari-themed racing set with a finish line and a podium) are included in the collection, letting you build a veritable racing world in the dining room table.  Yeah, this is awesome. 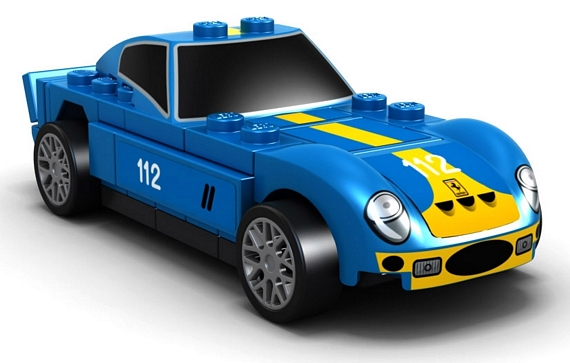 What cars do you get in the Shell V-Power Motorsport Collection? For fans of modern rides, there’s the 2013 Ferrari F138, last year’s 750 horsepower F1 racer in all its aerodynamic glory, as well as the 2013 Ferrari F12 Berlinetta, the real-life version of which can clear 211 mph and go from 0 to 60 in just 2.9 seconds.  For those with a more classic taste, there’s the 1962 Ferrari 250 GTO, a 302 horsepower classic whose surviving examples can fetch between $30 and $50 million, and the Ferrari 512 S racer from 1970.  The collection comes with no racer minifigs, although the playsets do include one Shell scientist and one Ferrari race tech. 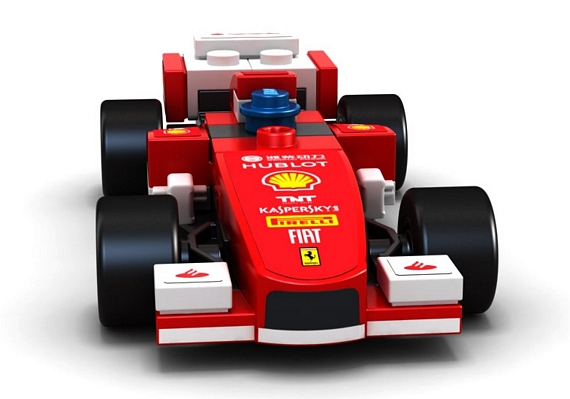 The Shell Station playset is a miniature replica of the station inside Ferrari’s private race track in Fiorano, where scientists do chemical analysis on oil and fuel from the cars they drive around the track.  If you decide to build a proper LEGO racetrack, both the station and the Finish Line and Podium Set should make for an awesome addition to give it a little more realistic appearance. 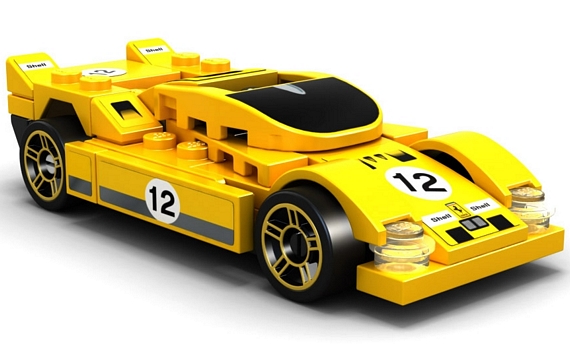 The Shell V-Power Motorsport Collection is currently available only in Shell stations around Hong Kong and Singapore, although they’ll be rolling out to the rest of the world soon enough.