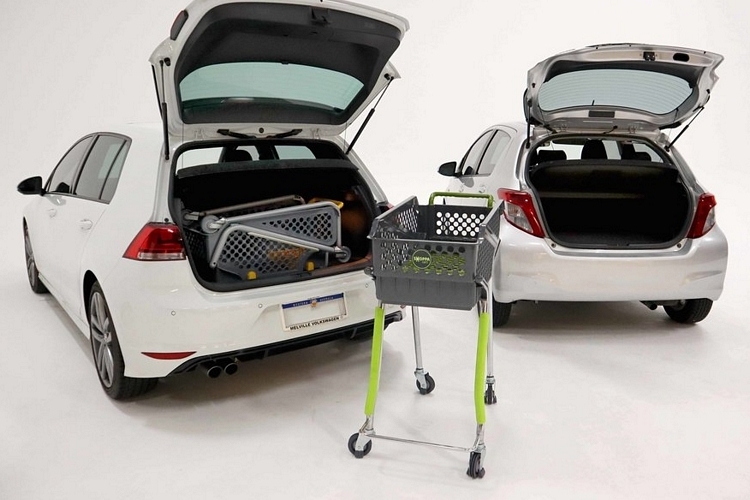 Bringing your own bag to the grocery is great, since you don’t have to go home with multiple plastic bags or brown bags that will just end up in the trash. However, it still leaves you carrying a heavy bag (or bags), which isn’t the greatest thing. Instead of bringing your own bag, the Shoppa Cart wants you to bring your own shopping cart that can also fit in the trunk of your car instead.

We know, who the heck wants to keep a shopping cart at home? Probably not most of us, since those things are big enough to take a significant amount of space. This shopping cart, though, is designed to collapse into a compact basket, with a profile that’s small enough to put away in a cabinet somewhere or keep permanently in the boot of your car. 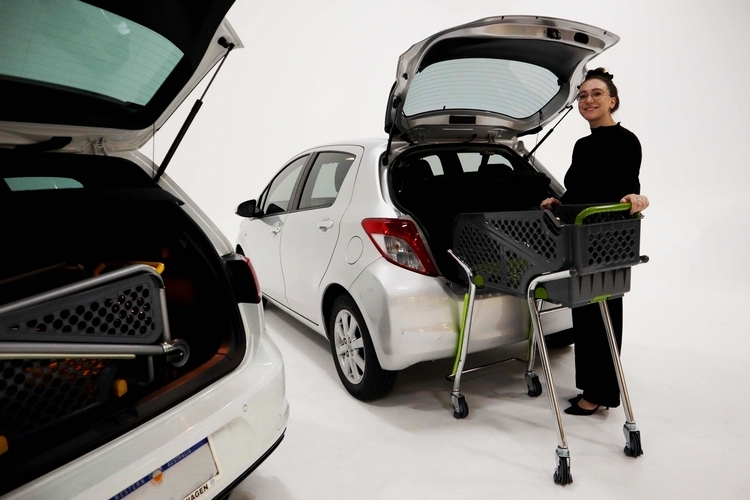 The Shoppa Cart is a standard-looking shopping basket, albeit a bit larger than the hand-carried ones you’ll find in groceries and convenience stores all over. It’s kind of like those baskets you keep in the back of your car to organize all the gear and supplies you frequently bring along. Except, it’s wrapped in a metal frame that can be folded out to turn the basket into a four-wheeled cart that you can push across grocery aisles, parking lots, and the Asian food court next door because you haven’t had lunch yet and all that shopping made you hungry.

When collapsed into a basket, you still get full access to the contents of the container, as all folded elements stay mostly on the sides, so you can retrieve items freely, while a pair of small casters allow you to roll it along instead of dragging it across your car boot’s surface. Once deployed as a cart, you get full access to four large casters for full mobility, a push handle for convenient shopping, a hook (for holding your bag or purse), a cup holder (in case you want a drink while you shop), and even an optional bottom tray for larger stuff that doesn’t fit in the main container. 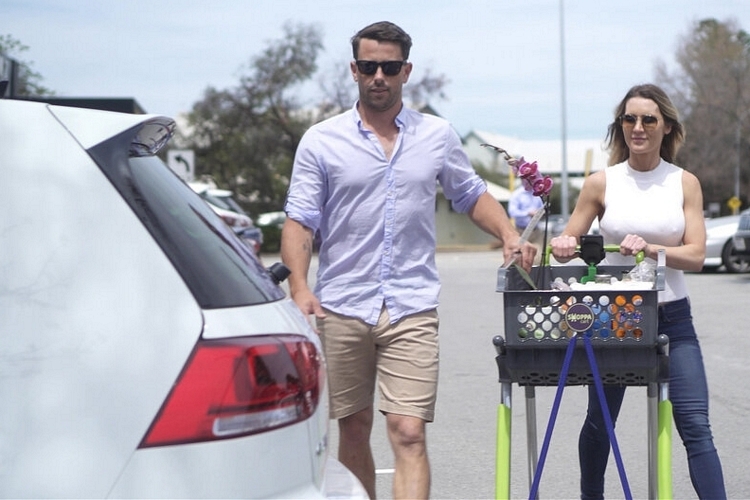 The Shoppa Cart’s basket has a 100-liter volume capacity. Truth be told, it won’t hold as much as the shopping carts provided on the grocery grounds, although it’s probably spacious enough for those who don’t shop for an entire month’s worth of supplies in one go. The best part? You don’t have to carry a heavy bag at any point, as you can simply push the cart back to your car, fold it, and stash it in the back. Once you get home, simply retrieve the basket, deploy it back into a cart, and push it to your front door. 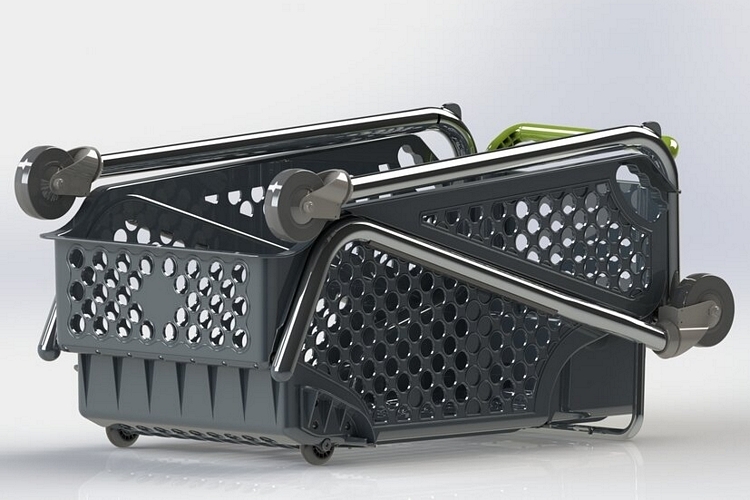 According to the outfit, the basket’s collapsed size is small enough to fit inside most any regular car. It will not, however, not fit in the back of ultra-compacts like the Smart ForTwo, Volswagen UP, Fiat 500, and similar vehicles.

The Shoppa Cart was originally a Kickstarter that’s slated to ship the crowdsourced orders starting late December. As such, ordering now will probably push you back to the “early next year” batch, which, we guess, isn’t so bad if the idea of a foldable shopping cart appeals to you. It’s priced at AUD$199.95.