Shortcut-S Is A Specialty Keyboard For Adobe Photoshop Users 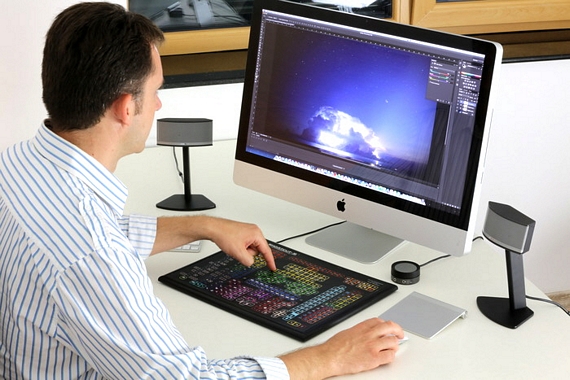 Anyone who uses Adobe Photoshop extensively has, no doubt, developed a system of working with the popular graphics editing software in an efficient manner.  A few weeks of some heavy editing work and you’ll have that left hand typing shortcuts on your Logitech Washable Keyboard with as much certainty as you thumb-type on the tiny virtual keypad in your smartphone.  At least, that’s how it’s supposed to work.  If you find yourself still struggling to memorize the keystroke equivalent of the various software functions, the Shortcut-S can probably help streamline the experience.

Compatible with all Photoshop editions for PCs and Macs, the specialty keyboard provides physical buttons for the most frequently-used tools and functions available in Adobe’s graphics editing application.  That way, there’s no need to memorize shortcuts, hang a cheatsheet poster, or otherwise struggle trying to figure the various keystrokes out — just press the corresponding button and you’re done. 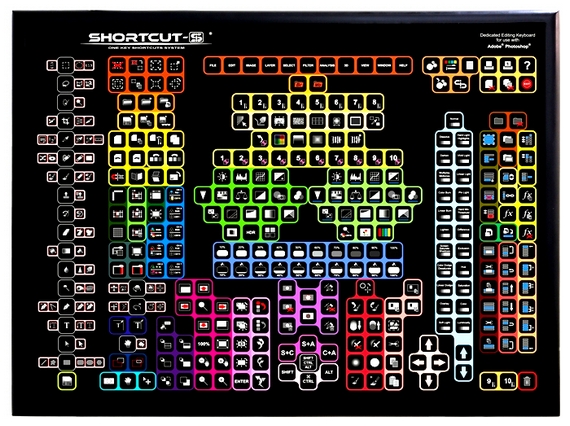 The Shortcut-S comes with a whopping 319 keys, arranged in a layout that looks, in some ways, similar to Photoshop’s toolbar UI, which should make it just a tad easier to grasp.  Due to the sheer size and complexity, it’s probably going to overwhelm a lot of people, but we imagine it’s going to be easier to get used to compared to memorizing several hundred keystroke combos, especially with the graphical command labels.  The buttons are color-coded according to functions, too, making it easier to locate a particular color filter or an exact cutting command you’ve been looking to utilize.

An accompanying software controls the presets for the keys, although they can be personalized to your preferences as well.  They also sell a variety of overlays (with built-in software presets) for using the keyboard with other graphics programs, including CorelDraw, Adobe Lightroom, and more.

Currently, Shortcut-S is raising funds for a production run on Kickstarter.  Pledges to reserve a unit starts at $89.