ShotGlass Is A Wearable HUD For Hunters, Soldiers, And Alien Resistance Forces 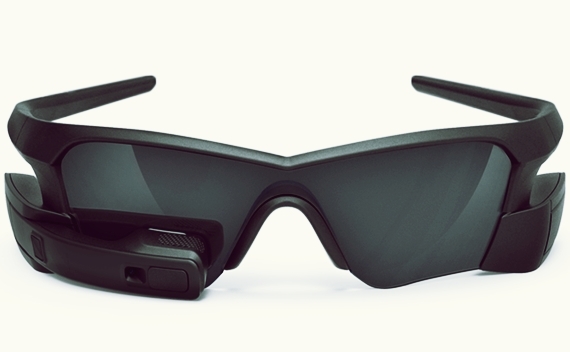 Smart glasses may be an unnecessary technology at this point in time for a lot of people.  When your daily life involves carrying big guns and shooting it at aliens trying to invade the planet, however, it can become an indispensable tool in your survival.  At least, that would be the case with the ShotGlass, a pair of smart glasses that will let you shoot at targets without having to look at them.

Made by TrackingPoint, it’s a dedicated-function wearable that pairs with a camera on a rifle’s scope, which streams you a feed of what’s in front of its crosshairs.  That way, you can fire at enemies while hiding in corners and ducking under covers, giving you a better chance of surviving an encounter with a nasty alien horde.

The TrackingPoint Shotglass is actually a pair of Recon Jet’s HUD-packing sunglasses, with a display module mounted on the lower part of the right lens.  Designed to work with the company’s Precision Guided Rifles (basically, smart guns with target tracking, an integrated HUD, and advanced firing controls), it’s designed to replace the gun’s integrated HUD, allowing you to point the weapon away while maintaining a clear view of what it’s aimed at.  Aside from the display (which has a 428 x 240 resolution, 16:9 aspect ratio, and the appearance of a 30-inch display during use), it comes with a built-in mic and camera, so users can record what they see and hear, as well as provide commentary as needed, allowing the device to capture a considerable amount of information every time it’s used.