In Gangland Taiwan, The Handgun Of Choice Is A Shotgun Revolver 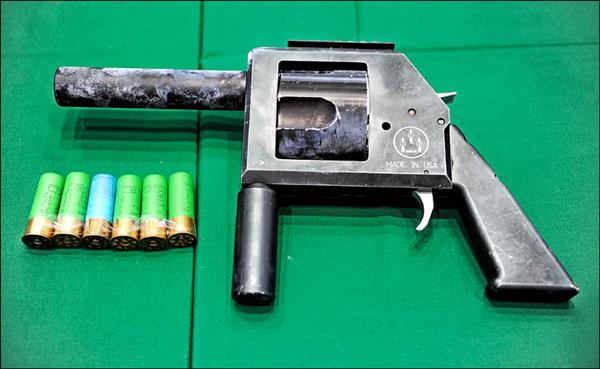 Shotguns pack a punch, but those things are also huge – not the type of weapon you can stick under your pants when you want to roll down packing quietly.  In gangland Taiwan, they’re supposed to get over that hurdle by using these: shotgun revolvers.

Yes, it’s a small handheld weapon that you can, theoretically, hide under baggy jeans.  Really baggy jeans.  Unlike other pistols, though, it can take standard 12-gauge shotgun slugs and shells, allowing you to put a serious hurting on enemy gangs, whether you’re looking to deliver a single round or effect a wide kill zone.

Shotgun revolvers are, apparently, becoming a big deal in Taiwan, where they are turning into the preferred weapon of choice for many local gang elements.  The one in the picture was said to have been recovered from a 19-year old runner for a Taiwanese gang.  It looks ghetto as hell, doesn’t it? 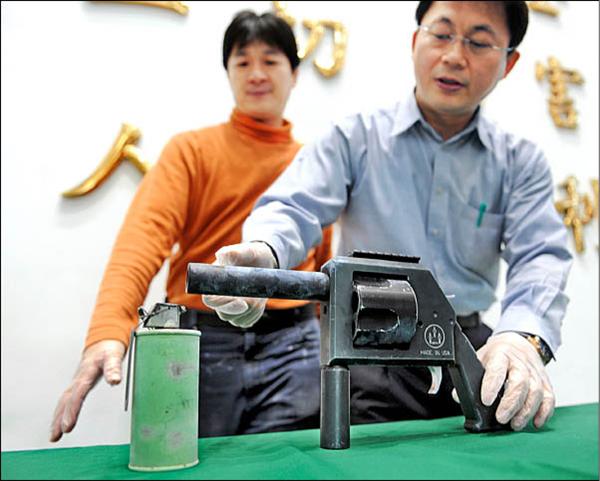 The revolver can be filled with six rounds worth of ammunition and looks easy enough to reload.  It’s, of course, bigger than you run-of-the-mill pistols, but not so big to cause worry.  It comes with a stock so you can grab it with both hands, but what kind of gangster will you be if you hold your gun like that?  Be a man and use it with one hand twisted sideways, yo!

From the looks of it, this is pure low-level gangster fare, with a level of craftmanship that seems worse than the Chinese electronics you can get in Shanghai for a dollar apiece.  You wouldn’t know that, though, from the going street price which is reportedly between $6,000 to $9,000.  Yes, that’s in US dollars, not Chinese Yuan.  Expensive.

[Liberty Times via Everyday No Days Off]