Showerpik Makes It Easy To Floss Even While Taking A Shower 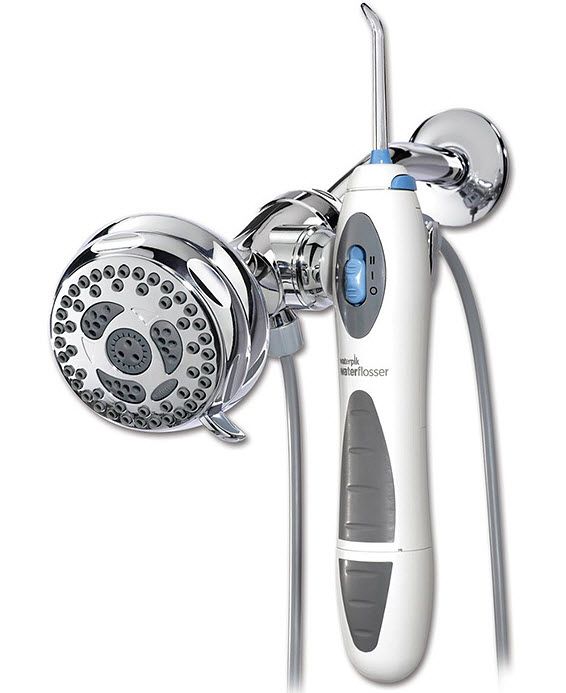 Water flossers are awesome — combined with a good electric toothbrush, it’s like having a pseudo-dentist cleaning your teeth at home.  If you’d rather do the whole “blasting spaces between your teeth with water” while showering to save time in the morning, though, the Showerpik just might become your favorite one yet.

Made by Waterpik, the device installs into the wall pipe on both fixed mount and handheld showerheads, drawing water from it instead of a standalone reservoir.  That way, you can douse your mouth with a never-ending stream of water while rinsing with soap or doing one of the other half-dozen things you like to do in the shower, such as dancing like Lady Gaga, singing like Carrie Underwood, or pretending to be modeling in a catwalk like RuPaul.  Or something like that.

Like the rest of Waterpik’s water flossers, the Showerpik uses an engineered combo of water pressure and pulsation to remove gunk between teeth, massage gums, and get rid of all the gross things stewing in your mouth that traditional brushing and flossing just can’t reach, eliminating up to 99.9% of plaque from treated areas with just a 3-second application.  Basically, it’s a faster, more convenient alternative to the laborious work of flossing, which, let’s be honest, is just plain, darn boring.

Do note it uses power to generate a strong jet of water, so you’ll need to keep the internal battery charged for use.  It features waterproof construction, dual-pressure controls, and a hygienic tip cover.

The Waterpik Showerpik is available now, priced at $69.99.