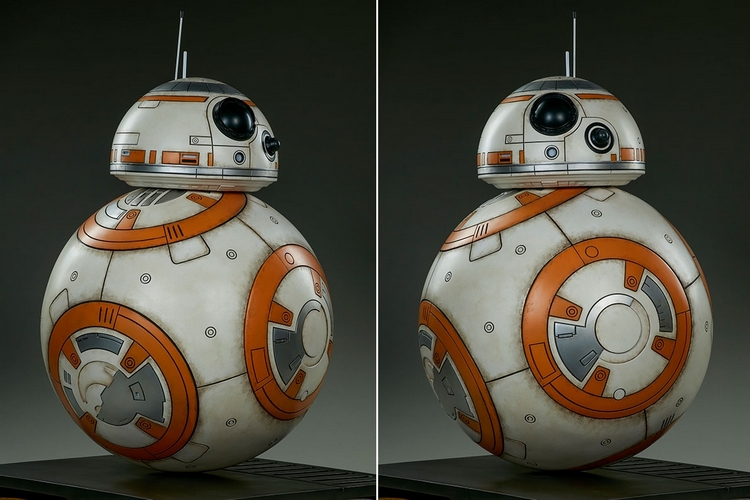 Chances are, you don’t play with your Sphero BB-8 as much as you did when you first got it. Sure, it’s still awesome when you pull it out occasionally, but there’s always newer, fresher things that can occupy your time. You know, things like a bigger BB-8. How big? How about this BB-8 Life-Size Figure from Sideshow Collectibles?

Designed to depict BB-8 if he was an actual droid in real life, the figure recreates the scene-stealing robot in all its spherical glory. No, this absolutely won’t fit in a shelf like the rest of your Star Wars collection, likely requiring its own side table if you want to show it off anywhere at home. 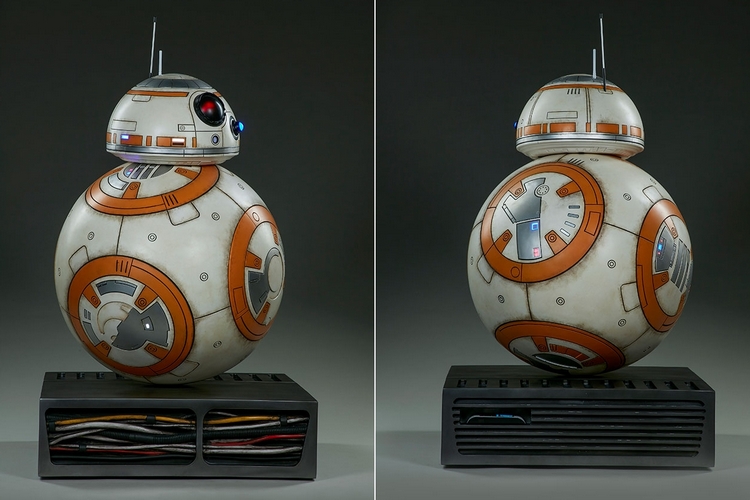 The Sideshow Collectibles BB-8 Life-Size Figure measures 37 inches tall, so you can set it down in front of the couch for use as an ottoman. We’re just kidding, of course, as this thing is too expensive to use as a place to put up your feet. Plus, this is the kind of toy you’ll want to show off at a prominent place in your toy collection, making your other toys feel bad that they’re not quite as adorable. Unlike Sphero’s version of the robot, this thing won’t be rolling around the house and running into things. Which, we guess, is a good thing, since the last thing you want is a three-foot tall robot knocking into your knees, destroying furniture, and possibly trampling your Chihuahua to an early grave.

Instead of giving it animated function, Sideshow Collectibles focused on replicating the appearance of BB-8 from the two movies he appeared in and doing it well enough that you can use it as a viable prop when filming your own fan-made Star Wars scene. From the orange-and-silver paneling to the heavily weathered paint job, this thing recreates the beloved droid in intricate detail. 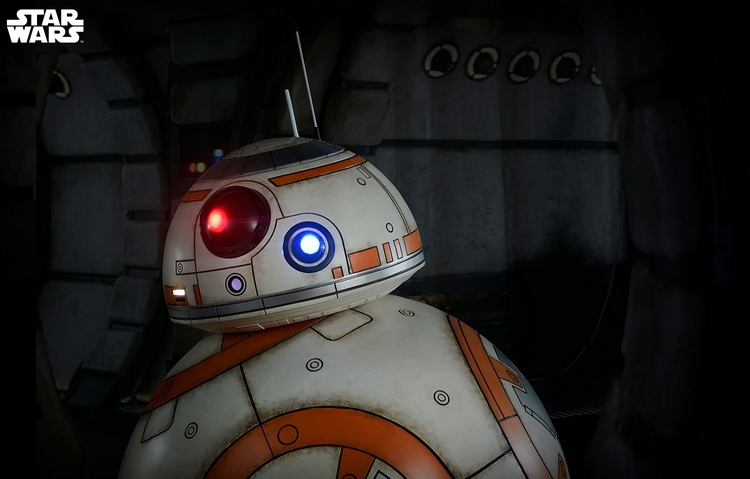 The Sideshow Collectibles BB-8 Life-Size Figure comes with a poseable head and a repositionable base, so you can still make it look like it’s moving using stop-motion filmmaking techniques, in case you want to film some videos for your social media accounts. It also replicates all the lights found in the droid from the film, all of which you can activate to bring the automaton to life using the included remote, while an onboard speaker can play a variety of robot sounds, which you can also control using the same device. 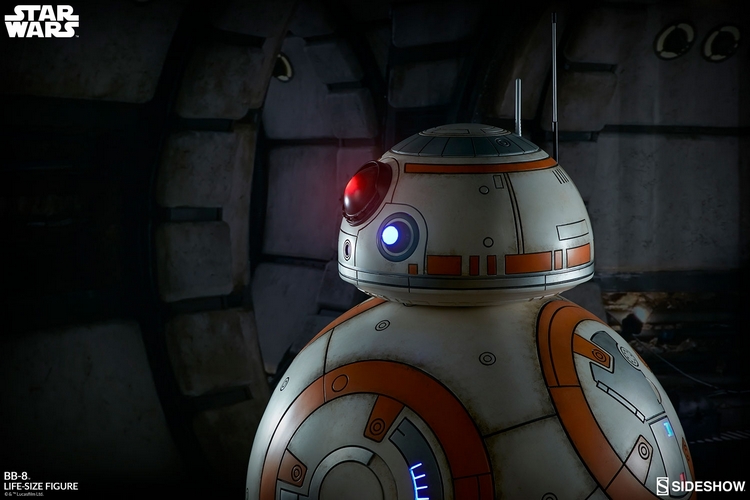 Construction is fiberglass for the entire figure, so this thing should hold up to being pushed around, knocked around, and beat up by the kids whenever you’re not looking. We don’t know what kind of coating they use to protect the finish, but given how BB-8 should get even more weathered as time goes on, we guess seeing that distressed paint job get even worse through the years is only more realistic.

Awesome, right? We know. Problem is, the price mirrors that awesomeness. Available now, the Sideshow Collectibles BB-8 Life-Size Figure is priced at a whopping $3950.