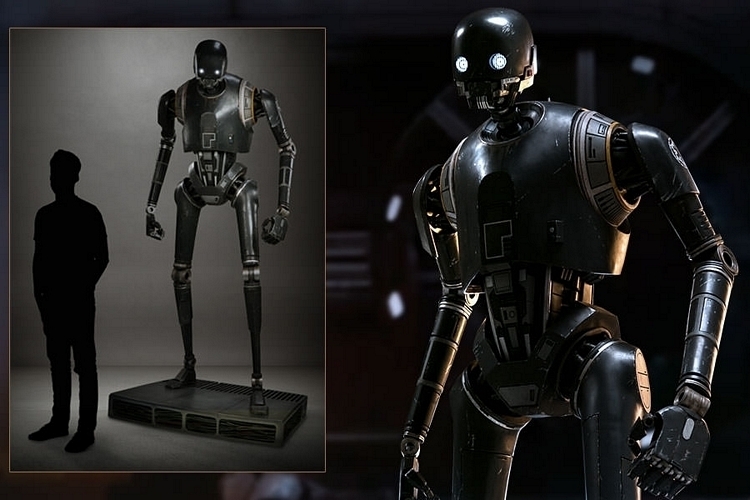 K-2SO, an Imperial security droid that Cassian Andor unwittingly reprogrammed to be his ridiculously snarky and sarcastic sidekick, was easily one of the most memorable parts of the Rogue One film. Heck, the darn bot has already replaced C-3PO’s place in my heart. For well-heeled fans who feel the same way, Sideshow Collectibles will let you indulge your brand new robot fandom with this Life-Size K-2SO Figure.

That’s right, you can now own a life-size replica of the hilarious breakout star from last year’s Star Wars movie, allowing you to give the back-talking robot a place in your home. Granted, this one won’t be able to snip sarcastic remarks, cleverly cruel lines, and nicely-timed punchlines, so you’ll have to supply your own snarky comebacks in your imaginary conversations with your new droid co-pilot. 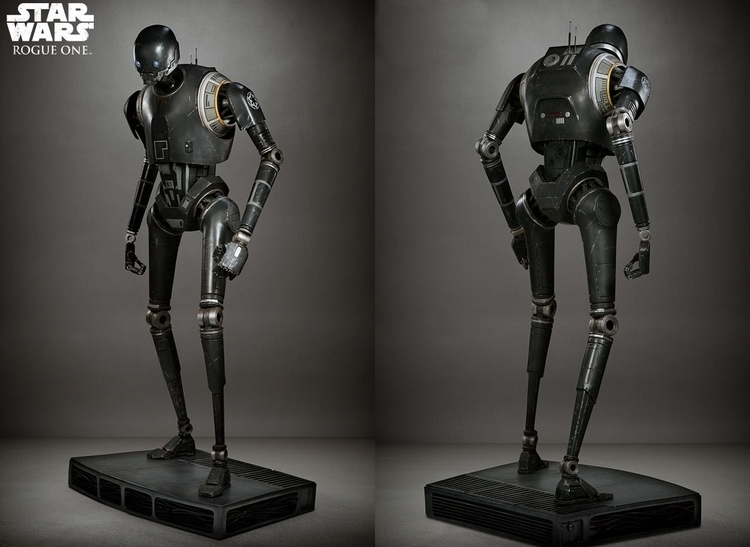 The Sideshow Collectibles Life-Size K-2SO Figure stands a whopping 7’8’’ tall, making it a veritable giant to oversee the rest of your Star Wars toy collection. Standing atop a platform, this thing will require floor space in the room, so you’ll probably need a dedicated toy room if you ever decide to plunk down money on this thing. Unless, of course, you’re single and don’t have a spouse that will object to a giant robot standing in the living room. If that’s the case, then indulge. And good luck when your mom comes to visit.

With a variety of pistons and gears set up along its joints, the darn thing looks like it’s posable. Sadly, it’s all cosmetic to show off the robot’s complex construction, so you’ll have to get used to this stationary pose for as long as you’ll have it as your companion. It does, however, have a poseable head, so you can have it looking at different directions, depending on your mood for the day. As an extra detail, the eyes can also light up, so it, at least, it’s doing some data processing in there. Or something. 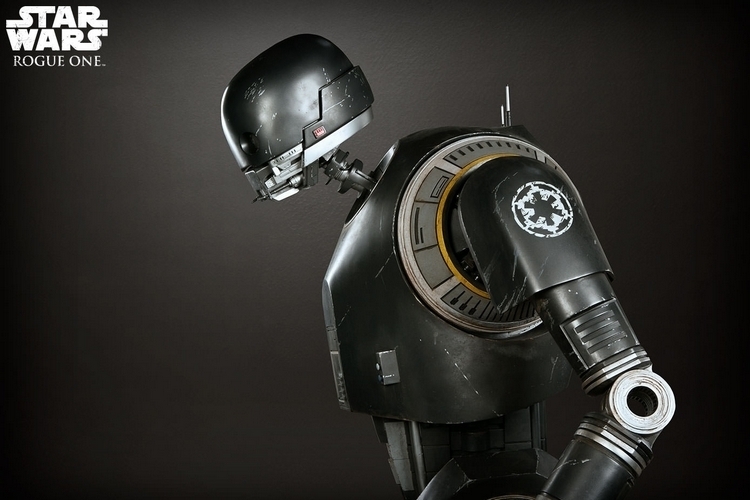 The Sideshow Collectibles Life-Size K-2SO Figure has an armor that’s been intricately detailed to replicate the same weathered and battle-scarred look of the droid from the movie, so there’s rust, chipped paint, and all sorts of nicks on there. I mean, it served for both the Galactic Empire and the Rebel Alliance, so the darn thing has probably been through a lot. The robot, by the way, is made from a mix of fiberglass, resin and metal, with Aaron McNaught leading the sculpt and Anthony Mestas supervising the paint job. 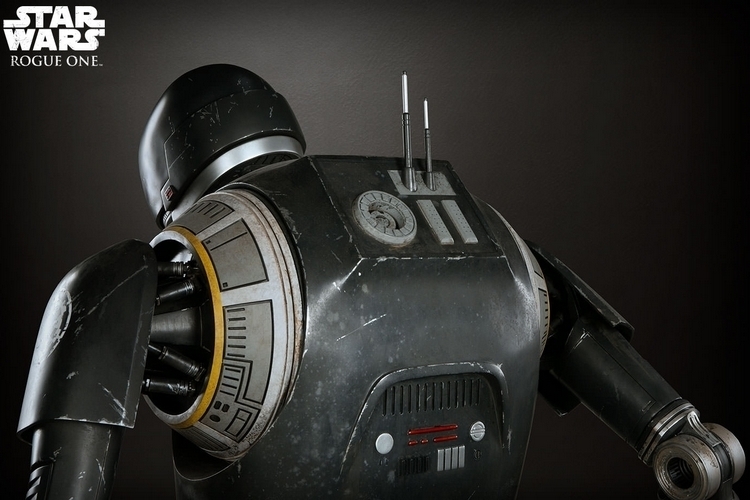 Being a robot, it gets plenty of technical panels, including complex-looking mechanical assemblies from head to foot, none of which are functional, of course, but give it a whole lot of character all the same. They also threw in the yellow and red retails around the robot’s shoulders, as well as Empire logo that’s emblazoned on his shoulder to remind everyone of his Imperial past.

Slated to shop between January to August of next year, the Sideshow Collectibles Life-Size K-2SO Figure is priced at $8,900.