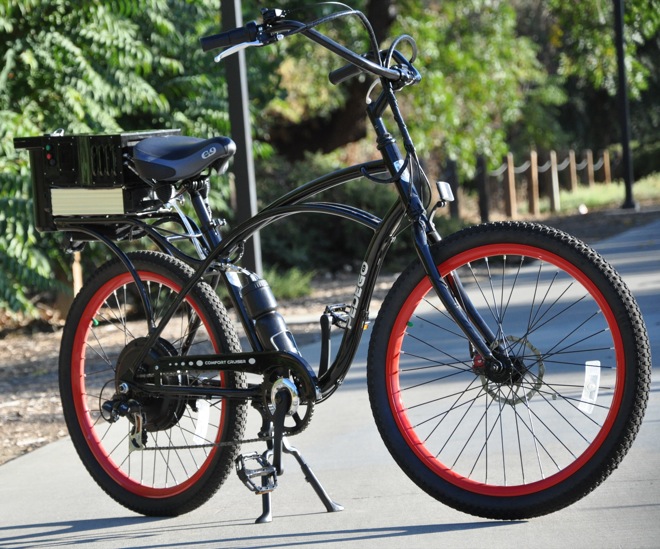 SiGNa Chemistry, Inc. came up with the new system, which uses fuel cells filled with sodium silicide in a sand-like powder form.  All you have to do to get electricity is pour water into the tank, which will react with the powder to produce hydrogen gas that’s then converted into juice for your battery.  Because no hydrogen is stored at any time, you don’t have to worry about explosions occurring right behind your saddle.

The fuel cells will produce up to 200W of continuous power that can help boost your riding speed.  Any excess energy is dumped straight to the battery for later use.  According to SiGNa, a single fuel cell can power your bike for 60 miles, all while resting your tired legs – a major upgrade from the typical 30 miles you can get from conventional plug-in modules.

Each cell weighs a light 1.5-lbs and is hot-swappable.  As soon as you burn through all that sodium silicide, you can simply get the spare from your bag and slip it right in, a definite convenience, compared to having to find an outlet as with conventional plug-in batteries.

SiGNa’s ultimate goal is to scale the technology so that the cells may be usable in electric cars, among other potential applications.  The game will definitely change if they can make that happen.  For now, though, they are taking pre-orders for the range-extending fuel cells for use on your e-bikes.