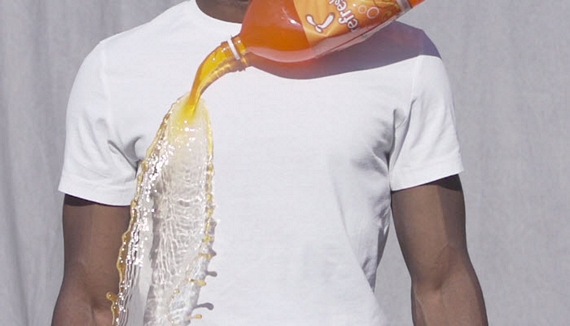 The SILIC Shirt is a hydrophobic garment that will ward off any sweat, liquid or food that touches the fabric. Basically, it’s a shirt that never gets dirty. Which is awesome, because that makes it a shirt you can wear everyday without washing. Just like your favorite pair of selvedge jeans (which, if we’re being honest, barely see the insides of a washing machine twice a year).

It’s pretty rad. Spill soda on your shirt and all the beverage just runs down, with not a drop even managing to cling to any part of the fabric. Of course, that means the soda will run down straight to your pants, which isn’t that rad. You are now officially Captain Splashy Pants. And those jeans really need to be washed. 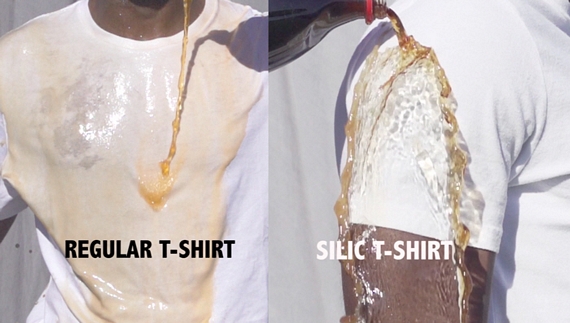 The SILIC Shirt achieved its hydrophobic properties through the use of billions of silica particles bonded directly to the fibers on a microscopic level, creating a layer of air that serves as a barrier to prevent liquids from coming in. The fabric will retain this property for up to 80 wash cycles, which we don’t really understand — if it doesn’t get dirty, why the heck would we wash it again? With that said, they do have a bunch of cautionary instructions for washing, including avoiding bleach, ironing, and dry cleaning, as well as having it tumble-dried under low heat at least once every three washes. 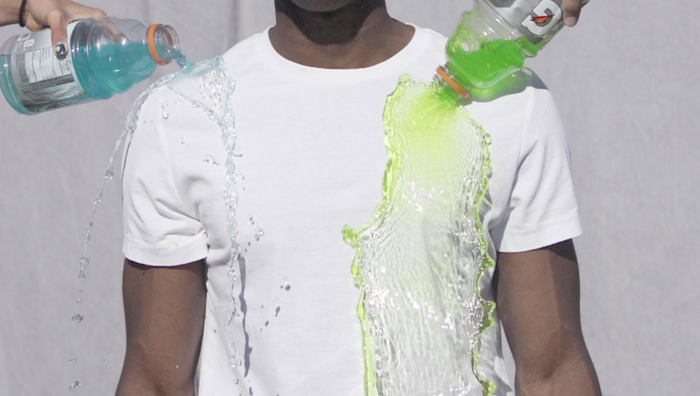 Since nobody’s going to wear an ugly shirt even if it repelled water, they’ve brought in a designer formerly employed by the Vera Wang Collection to fashion the darn thing. Which means, the final shirt should look halfway decent at bare minimum.

You can preorder the SILIC Shirt from the outfit’s Kickstarter campaign page. Pledges to reserve one starts at $48.