Class Up Your Battle Dioramas With These Silver Army Men 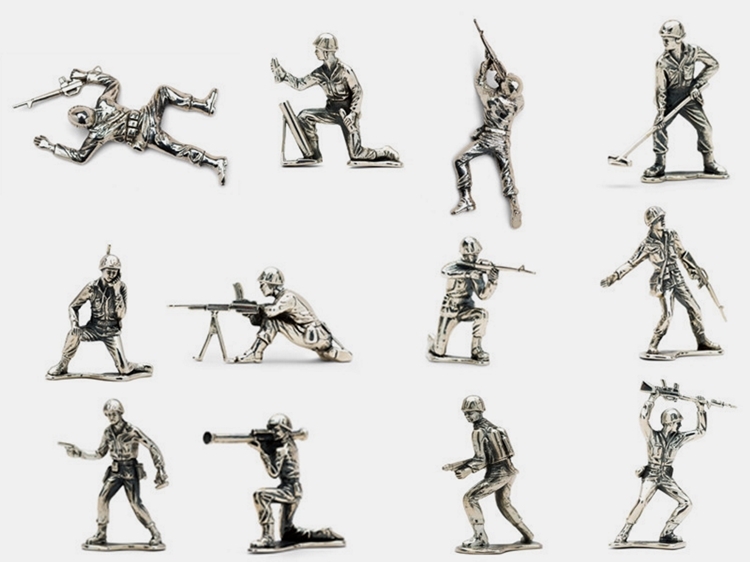 A squad of white bronze army men allowed you to take your battlefield dioramas to a whole new level, giving you super-soldiers cast in hard metal bodies. But why stop there when you can level up even higher with these Silver Army Men, which sees the army men cast in the precious metal.

Based on the original Vietnam-era green army men, the toy figures take the same classic soldiers, weapons, and poses, making them as fun to play with as the plastic characters of your youth. Except they’re heavier, with a substantial build, making them feel more like proper collectibles for grownups than puny children’s toys.

The Silver Army Men has all 12 of the classic designs, from the Follow Me M16 soldier to the prone sniper to that kneeling fighter loading up the mortar cannon. Each one is cast completely in 14oz. sterling silver, making them more precious than any other army men you’ve ever played with (unless you’re Richie Rich and grew up with all-gold army men, of course). Each soldier measures approximately 2 inches in height, with proportional adjustments when they’re crawling, kneeling, or taking other positions, and weighs around 1.3 oz. 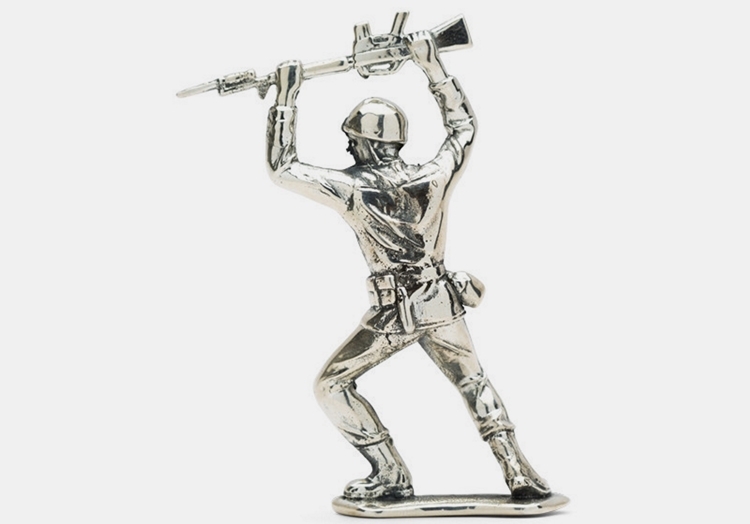 Naturally, the precious metal makes the Silver Army Men much pricier than your standard classic toy soldier. Price is $235 for each individual figure and $2,585 for a complete set.