Check Out Simon Beck’s Latest Snow Mural Out In Utah 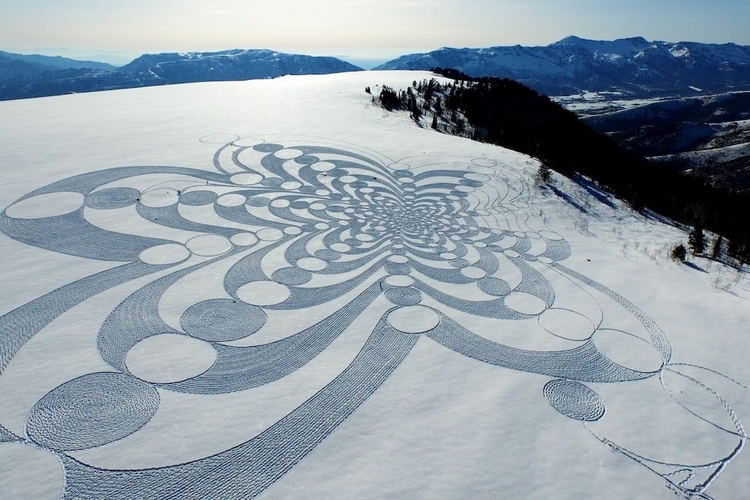 Famed snow mural artist Simon Beck recently traveled to Utah’s Powder Mountain to build his first ever creation on American soil. As expected, the result is a mesmerizing snow art of massive proportions. How massive? Let’s just say it’s the kind of thing that’s best appreciated while perched inside a helicopter than while you’re skiing on the snow.

For the Utah project, he carved clover-shaped geometric patterns on top of a frozen lake, making it look like some alien got bored with decorating corn fields and decided to fashion his crop circles onto snow instead. Rather than use alien technology, of course, Beck built it the painstaking way – putting on a pair of snowshoes and digging with his feet through the vast fields of snow. 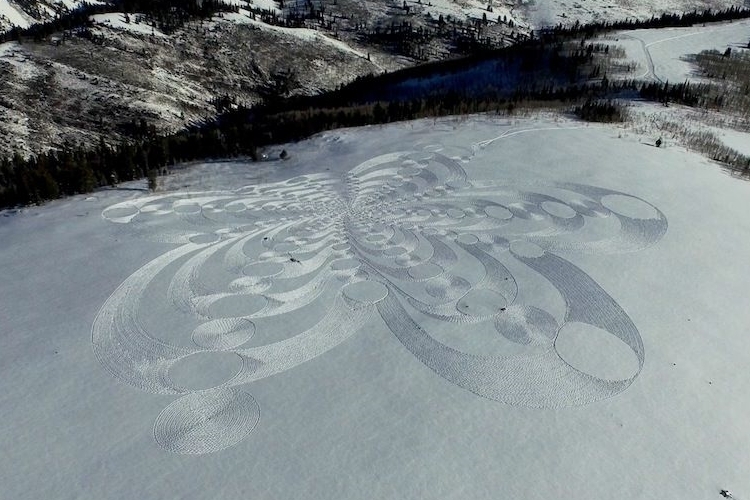 According to Beck, the murals take an entire day or more to create, which depends on the size and amount of detail he plans to put in the piece (for reference, he built one the size of six soccer fields in 32 hours, spread across four days). The largest he’s built equates to around 10 soccer fields. It’s, obviously, laborious work, not just with the walking, but with the tedious planning it requires (fortunately, he’s also a former engineer and cartographer who’s used to such careful planning). He usually walks around the creation at least twice: first to create the outline and last to fill in the shading. To date, the artist has done over 140 such murals all over Europe, many of which are documented in his book, Simon Beck: Snow Art. 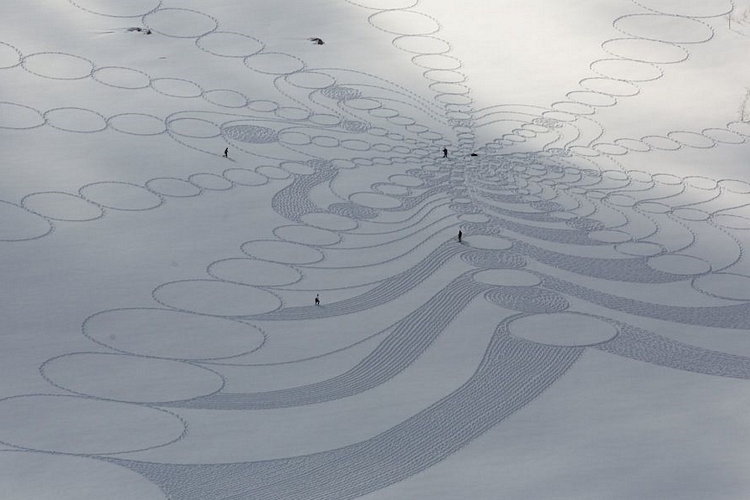 You can check out more about the artist from his Facebook page.