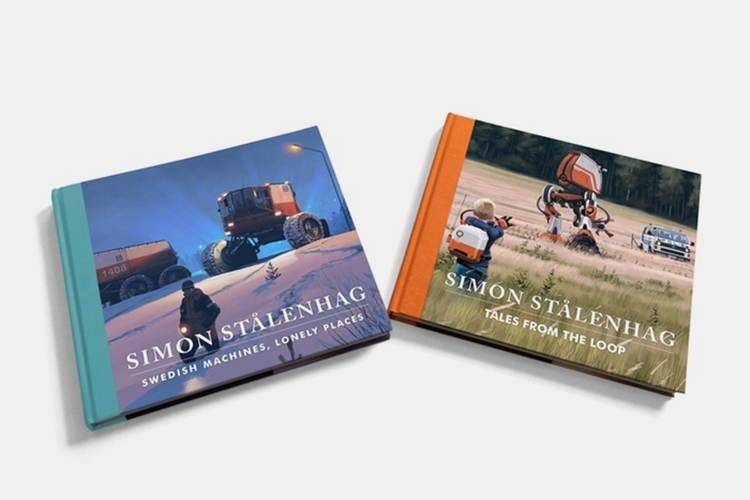 Chances are, you’ve come across one of Simon Stålenhag’s “retro-Scandinavian sci-fi” digital paintings online. They went pretty viral a couple years back and the artist has only continued to add to his growing collection of mind-bending images that depict a strange cyber-futuristic version of Sweden from the 80s and 90s. If you’ve wanted a collection of those paintings in coffee table book form, here’s your chance, as the artist is crowdfunding the publication of two art book volumes: Tales from the Loop and Swedish Machines, Lonely Places.

What you may not have known is that each of Simon’s paintings are actually part of an elaborate story, which are chronicled in the books, along with the accompanying images. So rather than simply being a collection of paintings, it’s a full-packed sci-fi treat, with short stories that chronicle life in the strange, dystopian Sweden of Simon’s making.

Tales from the Loop and Swedish Machines, Lonely Places will both be published as hardcover volumes in English, with the first one translated from last year’s Swedish version. Both books occur in the same alternate universe, which depicts a Swedish countryside that plays host to a giant, underground particle accelerator, the likely culprit for all the strange things happening around town (unless, of course, there’s a surprise twist and IKEA is actually to blame). 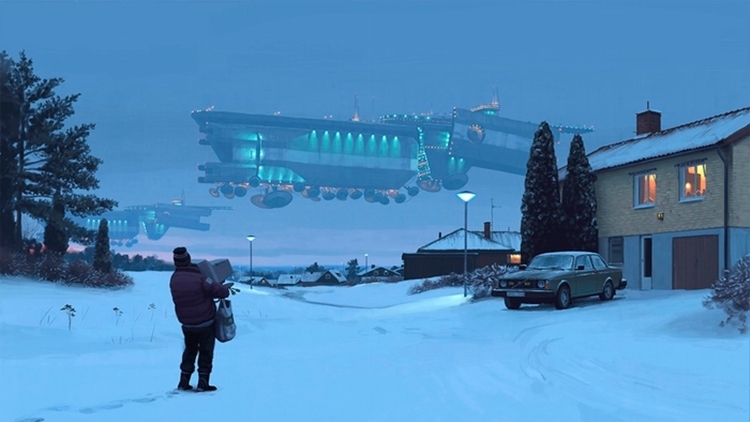 Free League Publishing will handle the nitty-gritty of publishing the books, which will be released in 280 x 250 mm landscape format.   Tales from the Loop, by the way, will be comprised of 128 pages, with the second book planned for around the same length (it’s only halfway done and slated for release in 2016). 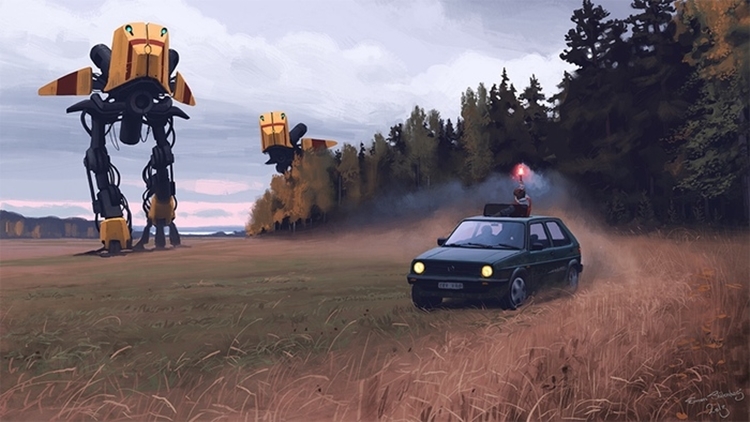 A Kickstarter campaign is currently running to fund the books. Pledges to reserve a copy starts at $40.