Drink Like Homer With An Official “The Simpsons” Duff Beer 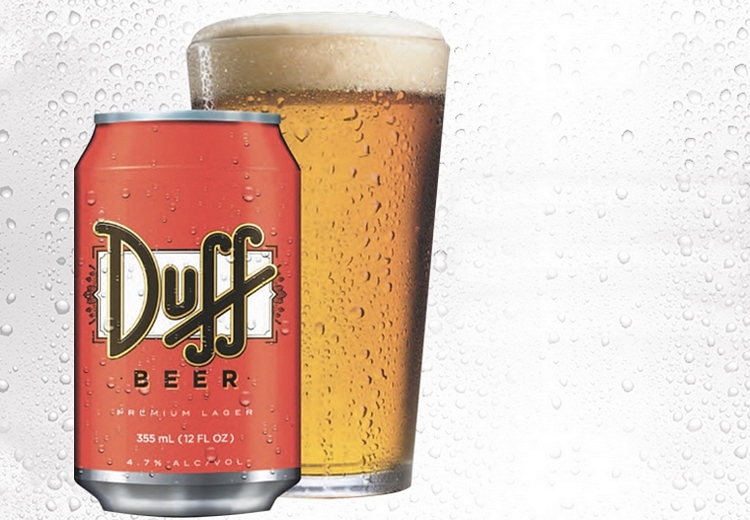 More than a few enterprising outfits have tried selling their own version of Duff Beer, that fictional brew that’s been Homer Simpson’s brand of choice for the last 25 years. For the first time in The Simpsons’ quarter-century of existence, however, an official Duff Beer will actually hit stores in a large scale, giving fans a chance to reenact their favorite drunken scenes from the long-running animated series.

Why now? Apparently, counterfeit Duff Beers that replicate the label design from the show have become so huge in some countries, it just made better sense for franchise owners, 21st Century Fox, to get into the beer business. At the least, it’s better than spending their resources trying to shut counterfeiters down.

Rather than retain the lowbrow flavor of Duff Beer as depicted in the series, the real-life version will be a premium lager. Developed by British brewer Paul Farnsworth, the beer will be deep golden in color, with a hint of fruit and a caramel aromatic. I know, Duff Beer with caramel aromatic doesn’t exactly sound right. It appears to be a deliberate strategy, though, since the company wants to bring the beloved brand to life while distancing it as much as possible from The Simpsons, a franchise that’s still heavily marketed towards children. In fact, none of the characters from the show are going to be used in its promotion, with the company looking to establish the beer as a standalone brand in the market.

Duff Beer will debut in Chile beginning this week, then roll out across South America and Europe by early next year.