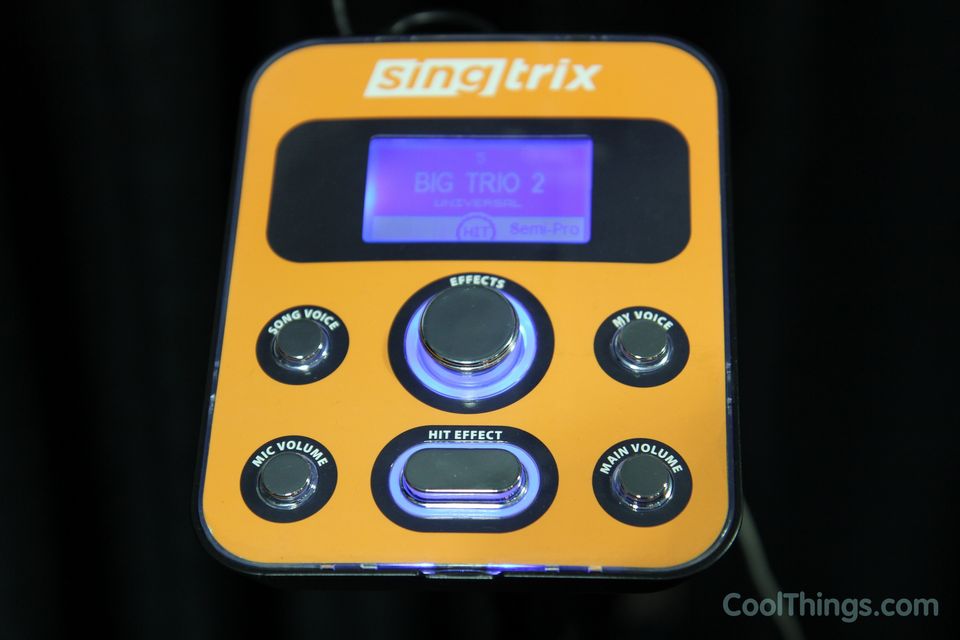 Karaoke can be awesome.  Know what’s not awesome?  Your off-key, off-pitch, absolutely-unpleasant singing.  Sorry, dude, someone should let you know.  While karaoke doesn’t really discriminate, we’re sure you’d feel a lot better if you actually sounded half-decent every time you do a rendition of Taylor Swift’s greatest hits.  As it turns out, you actually can with Singtrix.

Know how they make the pros sound good?  Backing tracks.  Backup singers.  Sound engineers mixing vocals in real-time.  Basically, a whole lot of magic.  That’s exactly what Singtrix brings to the table, too, adding a plethora of vocal effects in real-time to level up your karaoke game.

We caught up with Singtrix at Engadget Expand in NYC for some hands on time. Made by the same crew behind Guitar Hero, Singtrix is a karaoke machine with built-in vocal effects, allowing you to sound much better than you normally would.  The system consists of a mic, a control box called Studio, and a monitor sporting a 40-watt 2.1 speaker with built-in woofers.  Instead of playing your vocals as is, you can have it filtered through any of 300 preloaded vocal effects that include reverb, delay and even instant harmonies (your lone voice turns into a 5-part chorus), as well as three levels of pitch correction for effecting Autotune-like wonders.   Each system can take up to two mic inputs, so you can share song verses like Kanye and Jay-Z. 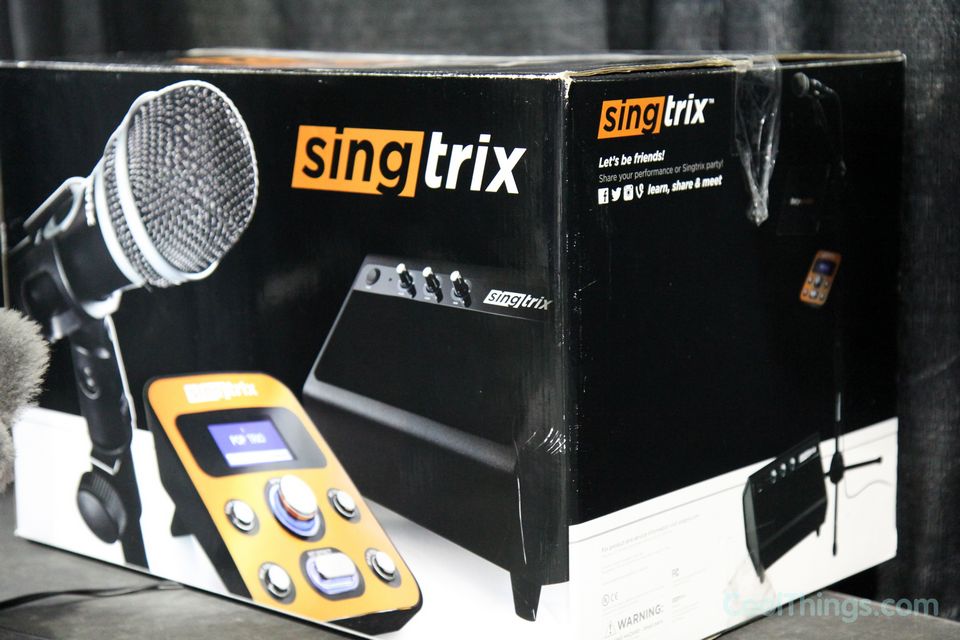 It’s designed to work hand-in-hand with an accompanying app (iOS and Android), which will carry the library of songs (currently 13,000+) and display the lyrics.  Since the monitor is a full-fledged 2.1 speaker, you can also use it to blare out your iTunes playlists or enjoy movies when not spending the night belting out Lady Gaga’s Edge of Glory. 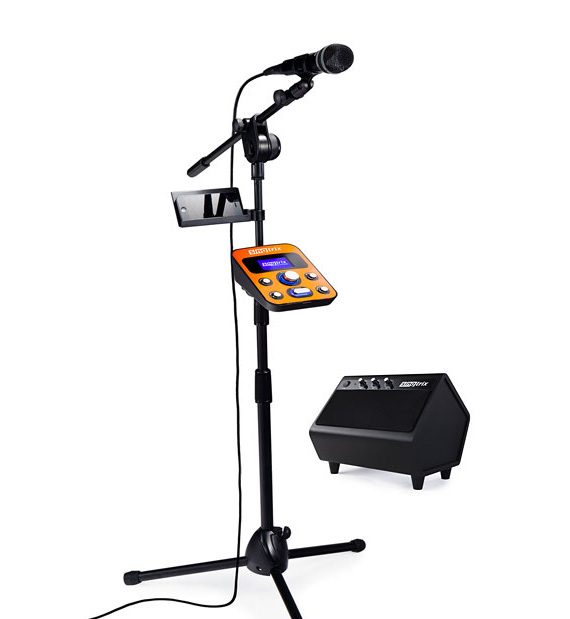