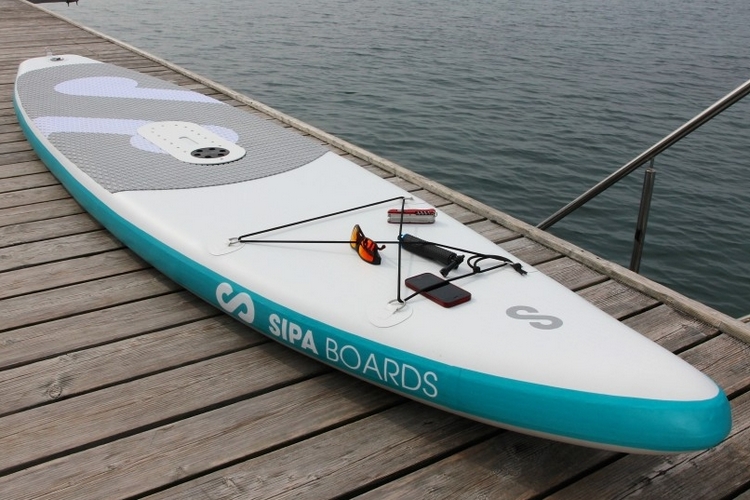 Inflatable SUPs have, for the most part, solved the cumbersome storage and transport of stand-up paddleboards. The SipaBoard, however, does even inflatable versions one better by integrating an electric motor called SipaDrive that both pumps it with air automatically and gives your rides an extra boost of speed.

Just like other inflatable boards, it requires neither considerable space for storage nor a roof rack during transport. Unlike them, the motor allows it to inflate in just five minutes, so you can get up and running as soon as you hit the beach. 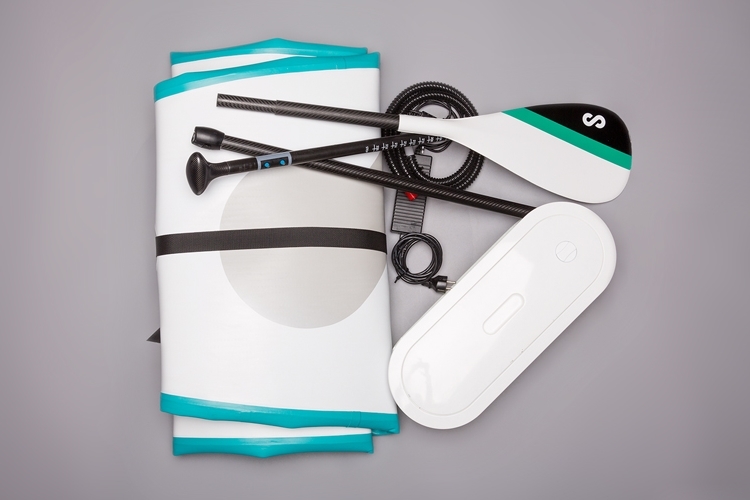 The SipaBoard has an integrated jet drive powered by the same SipaDrive motor, giving your board the ability to run at speeds of 3.5 knots even without a single row of the paddle. Even better, the drive offers five variable speeds, which you can choose from the integrated buttons on the shaft of the accompanying paddle (yep, you can’t use a different paddle if you want to retain control of the motor). The motor is powered by a rechargeable battery that can juice it for up to 3 hours on 2 knots of speed assistance and a full hour at maximum speed. 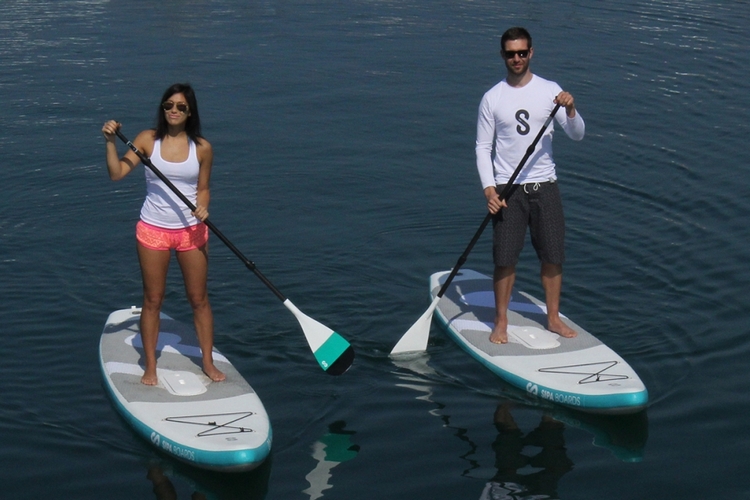 Because of the forward motion provided by the motor, the board is ideal for novice riders, who can focus on keeping their balance while putting in minimal effort on the paddle. Other features include an automatic shut off system (triggered whenever the board is separated from the paddle), double-layered drop stitch construction that renders it rock-hard once inflated, and a weight capacity of up to 225 pounds.

A Kickstarter campaign is currently running for the SipaBoard. Pledges to reserve a unit starts at $1,290.