Skike Brings Skiing To The Streets 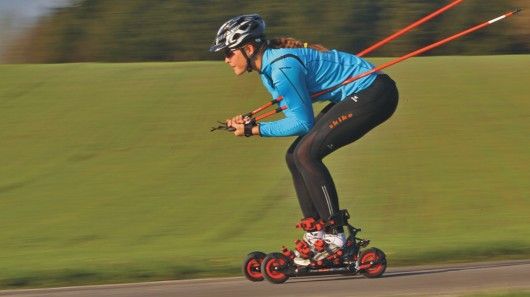 You love to ski, but barely have the money to hit the alps as much as you’d like.  So you make do with skiing the waves at the nearby beach and pretend-skiing on Kinect Sports. Well, you might be able to add skiing on the streets to that list with Skike, a new type of roller skates that you operate just like a pair of skis.

Is it better than roller blades?  My guess is, only if you like having more accessories (let’s be honest — collecting accessories is part of the fun in any sport).  Aside from the actual skates (which look bigger than both roller and inline skates), they require you to use a pair of poles, similar to the ones employed for cross-country skiing. 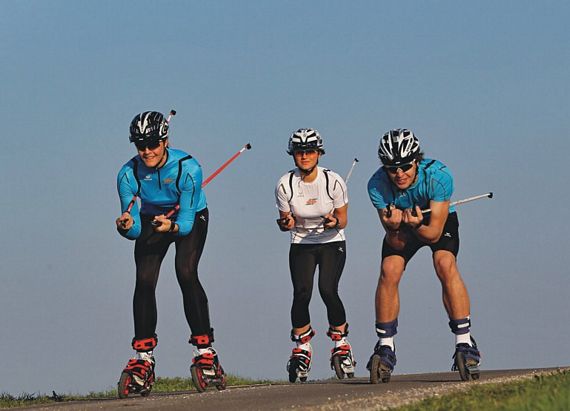 Unlike traditional skates, the Skike isn’t just limited to asphalt roads and paved paths.  Sporting large 5.9-inch wheels shod with pneumatic tires, it should manage moderate offroad paths (like hiking paths and muddy roads) in a capable manner, too.  It even comes with mudguards in case you’re in the habit of frequenting that type of terrain.

Since it sort of simulates skiing, it’s not optimized for tricks and exhibitions.  Instead, they’re designed primarily for recreational use, providing a workout that its creators claim can exercise around 90 percent of your muscle mass.

Apparently, Skikes have been around a while with some level of distribution across Europe, Australia and even North America.  At the least, these should make for more realistic skiing practice than play-acting in front of a Kinect.  Prices range from $200 to $450, depending on the model.