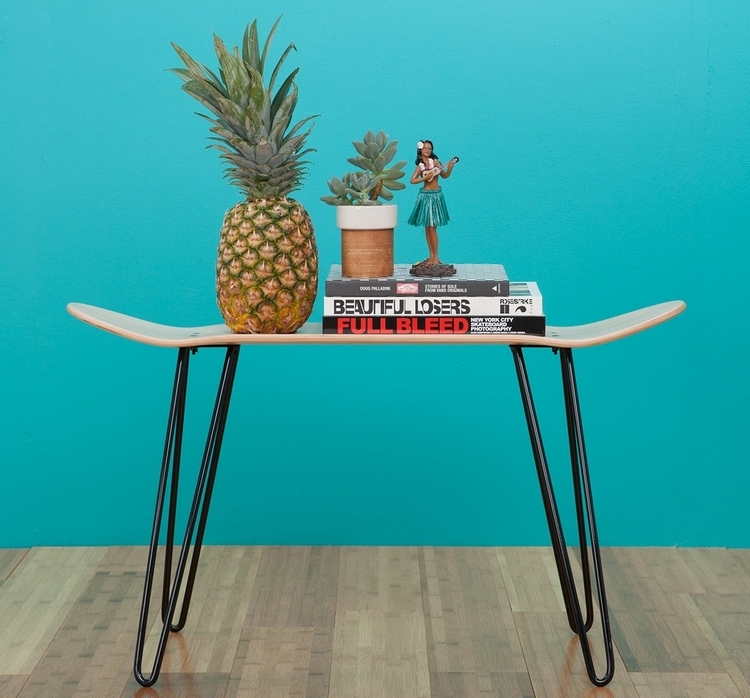 The Skurniture Bench isn’t the first time we’ve seen a skate deck repurposed into a chair. We have to say, though, the simplicity of the design makes it way more attractive than previous ones we’ve seen.

Made by California-based Swenyo, the chair can be used as an extra seat around the house, as well as a side table, an end table, or even an ottoman for putting your feet up while you watch skateboard trick compilations on YouTube. It’s also very compact, making it ideal for taking down the park when you want to watch the neighborhood kids try the same tricks, with slightly more hilarious, disastrous, and less-than-spectacular endings. 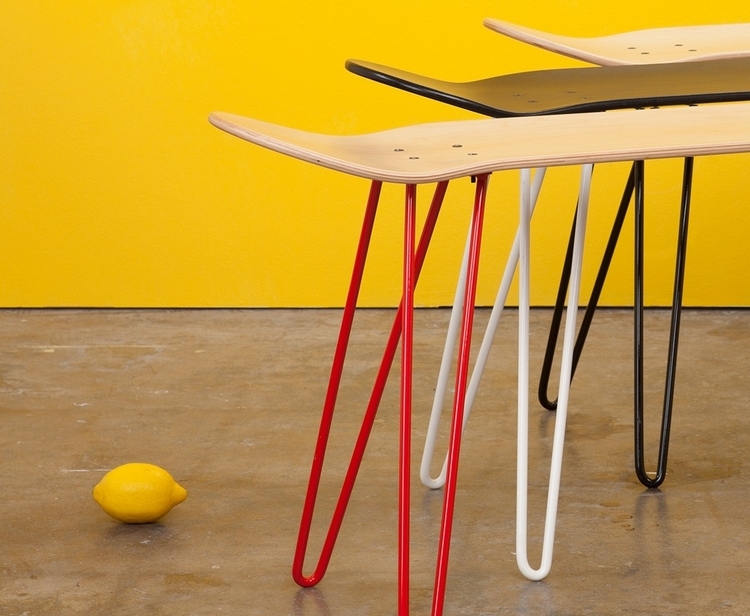 The Skurniture Bench consists of a set of bent-wire legs in a hairpin design and a deck, attached together using a standard set of nuts and bolts. That’s it. The included deck measures 30 inches in length, although you can easily disassemble the chair and use a different-sized deck with no problems. Construction is seven-ply hard maple for the skate deck, with the legs cut in powder-coated steel. 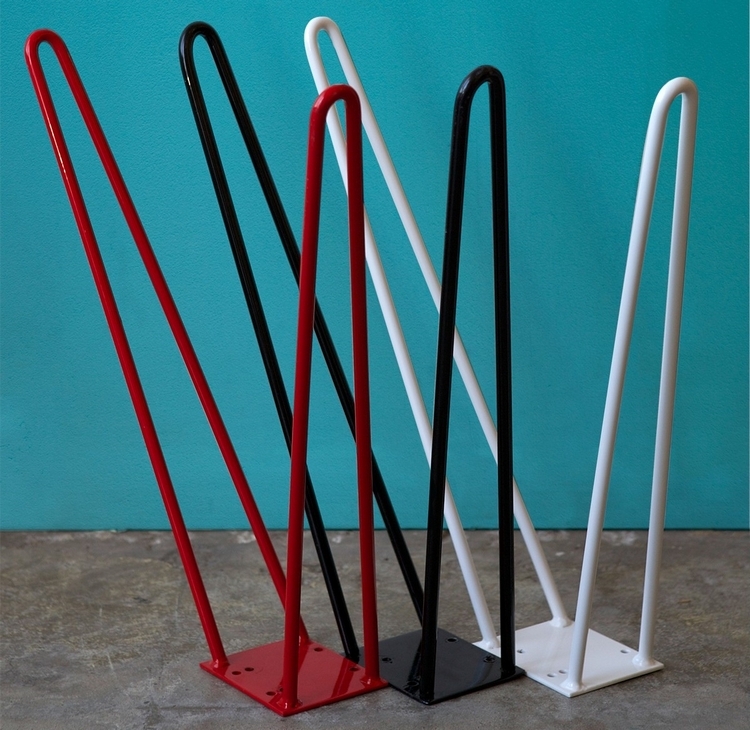 Since the legs can be paired with any deck, you can skip buying the chair and just get the legs, allowing you to turn the retired skate decks of your youth into a functional piece for the home.   The deck is available in two color options, with the legs offered in three. 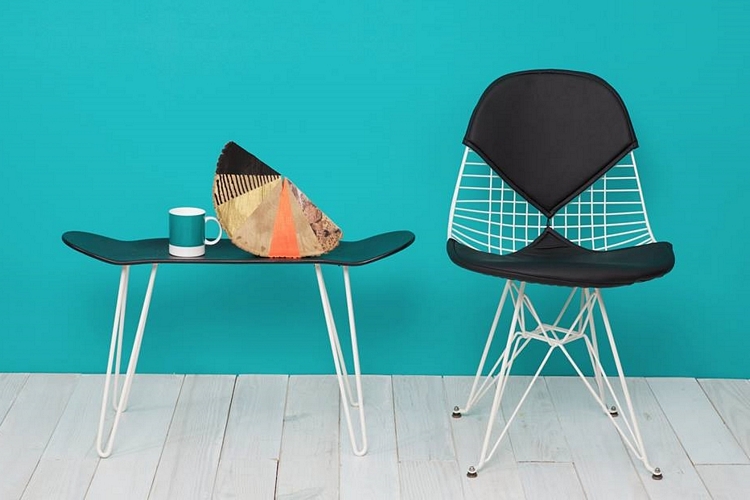 Available now, the Skurniture Bench is priced at $89, with a set of legs going for $49.