Skydio R1 Takes Autonomous Drone Flight To The Next Level 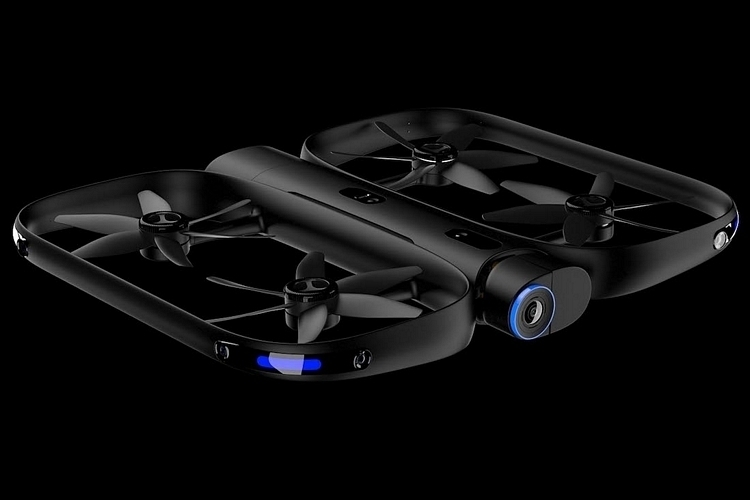 Most modern drones have evolved into flying autonomous cameras, allowing them to record any subject with minimal pilot operation. The Skydio R1, however, ramps things up in the autonomous department, coming with self-piloting capabilities that puts DJI’s smartest drones to shame.

You know how an autonomous drone can detect an obstacle and automatically adjust its flight path such that it navigates at a safe distance away from it? Well, not this one. Instead, it bravely flies through every obstacle it encounters, dodging trees, posts, and power lines in its path rather than flying at a safe distance. Simply put, it’s like having an expert pilot flying the darn thing. 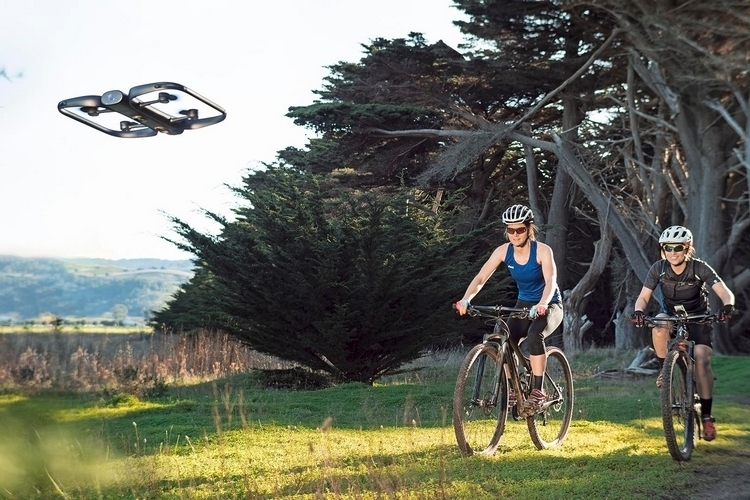 The Skydio R1’s autonomous flight tech is advanced enough that it can dodge obstacles just based on real-time camera footage, so there’s no need for the drone to use GPS to create a map before going on a full autonomous flight. Twelve navigation cameras (including ones that look up and down) spaced all around the drone provide the footage used by the autonomous flight system, with all recordings processed using a Nvidia Jetson TX1 GPU situated onboard. A 13th camera records the subject, providing the 4K footage that’s stored to the 64GB of onboard storage.

Like many modern drones, the device can follow a specific subject and automatically keep them in frame. Unlike them, it’s able to keep the subject focused even in crowded aerial environments, since it can avoid collisions by quickly changing directions rather than completely adjusting its flight path. That means, you can use auto-follow even in a forest surrounded by plenty of trees, instead of being confined to activating only when you’re in open spaces. The catch (of course, there’s a catch)? The drone is incapable of flying over water, since it can’t make out the constantly shifting features of water surfaces. 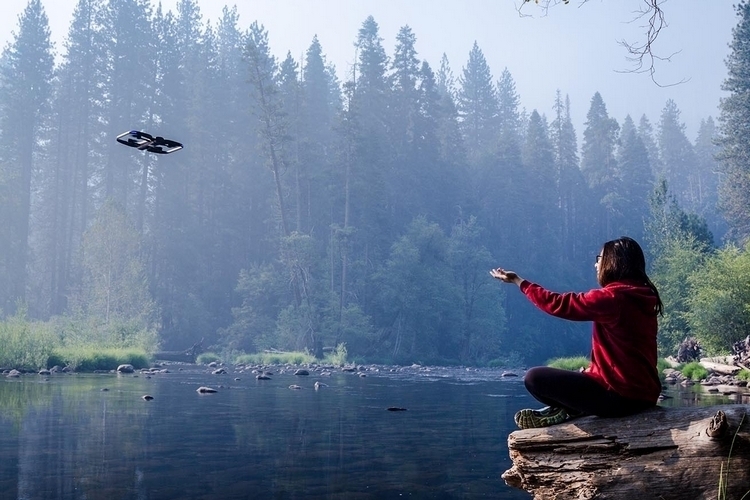 To fly the Skydio R1, start by launching the mobile app and swipe up with one finger, which will trigger the drone to launch. From there, just choose one of the available cinematic modes (Follow, Orbit, or Side) and you’re shooting. Everything is, pretty much, hands-off after that, as the drone can handle every part of the filming process, so you can focus completely on whatever activity you’re engaged in. Once you’re done, just beckon the drone back home, after which you can access all footage you captured from the companion app. There’s even an editing interface that allows you to make short clips and share it instantly on your social media accounts. 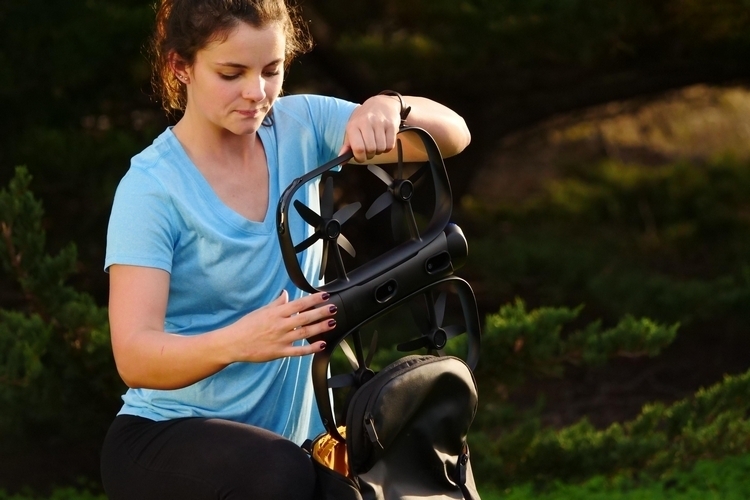 Construction is aluminum and carbon for the drone, which should keep it lightweight for maximum maneuverability, while a slim profile that puts the propellers along the same line as the drone’s body keeps it reasonably aerodynamic while making it easy to transport in a bag. According to the outfit, it can fly at top speeds of over 20 mph, which should be fast enough to keep up with most subjects on the move. It comes with swappable batteries that can keep the drone powered for 16 minutes straight.