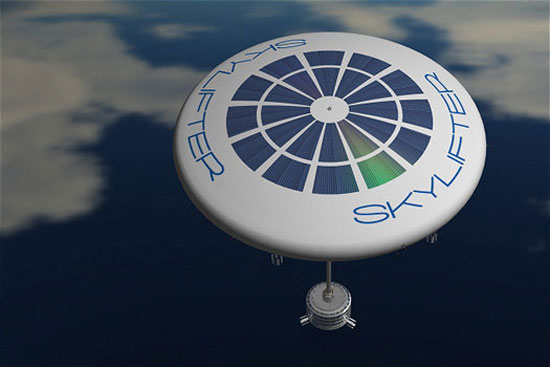 Blimps are in fashion again.  And they’re getting more awesome then ever.  The latest in the airship revival is a literal flying saucer that will haul heavy cargo into areas otherwise out of reach for other means of transportation.

Australian aeronautical firm Skylifter is behind the project, which aims to create a massive air-powered disc, spanning 500 feet in diameter as the final product.  The giant saucer-shaped balloon, tentatively nicknamed Lucy, is expected to ferry loads of up to 150 tons, a 700% increase from the current 20-ton capacity of heavy transport helicopters.  It can travel distances of up to 1,240 miles, using Voith-Schneider propellers to move at speeds of up to 45 knots (51.6 mph). 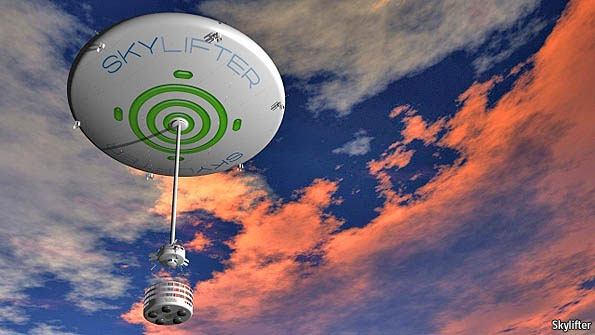 With that capacity, Skylifter claims that the aircraft can transport not just large components and supplies, but entire facilities, such as a mobile hospital or a luxury cruise ship.  Because of the discus-like frame, the ship is directionless, allowing it to be oblivious of the wind’s direction.  The shape also lets it act like a parachute, making for improved control during descent.

Only a 10-foot wide prototype, nicknamed Betty, is currently available, which the company is using to demonstrate how the design functions.  Controlled via remote, its helium-filled aerostat can only carry single-pound loads.  A 75-foot unmanned prototype is also in the pipe.