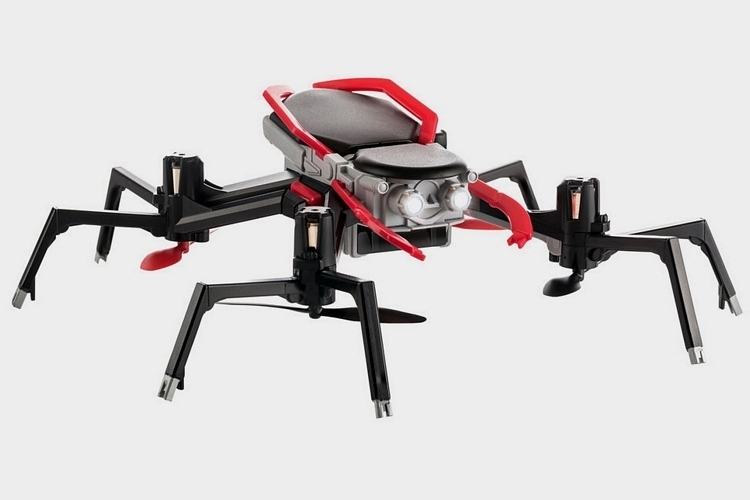 With Tony Starks in charge of making Spider-Man’s suit for the latest reboot of the web-slinger’s franchise, it’s not surprising that the outfit came with all sorts of high-tech bells and whistles. One of the most notable is the spider emblem on the suit’s torso, which pops out to serve as a flying spider drone.

Yes, a flying eight-legged spider robot does sound utterly absurd, although for Spider-Man gear that can easily translate into a real-world toy, it’s about as perfect as it gets. And now, you can fly your own version of it right before Spider-Man: Homecoming opens in the form of the Skyrocket Spider Drone.

A functional replica of Spidey’s newest sidekick, the toy can fly and surveil its surroundings much like any modern drone. And it restricts the capabilities to purely flight drone functions, so don’t expect it to collapse into a flat emblem, launch a parachute, or perform other awesome tricks like its Starks-created counterpart in the upcoming superhero movie. 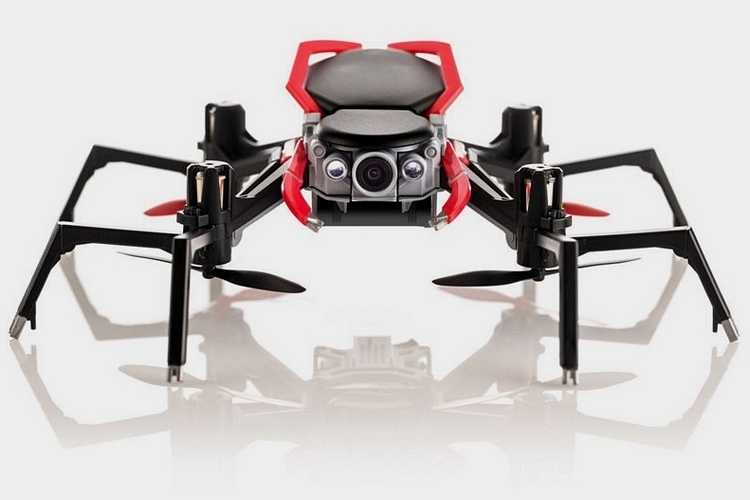 The Skyrocket Spider Drone measures 7.5 x 2.5 inches (diameter x height), which sounds a bit bigger than the one in the trailer. Or maybe not, we’ll probably have to see the whole movie to actually compare. It flies using a quartet of inverted direct drive motors that place the propellers in line with the drone’s legs, with the legs serving as a cage of sorts to prevent it from catching onto stuff. That simple design should help you avoid plenty of potential mishaps during flight – probably a good idea since it will likely be kids flying this thing.

Being made by Skyrocket, it uses the same drone firmware as the outfit’s Sky Viper performance quadcopters, so this thing is well-tested for agility, range, and maneuverability. The outfit claims the drone is fitted with cutting-edge stability and control, ensuring even novices can operate it without running into any problems, complete with dual autonomous mdoes, so you don’t even have to pilot it if you’d rather sit back and enjoy. Piloting gets even easier with the integration of flight-assist features, which allow you to hover or land the drone with just a single push of a button. It comes with a 2.4GHz controller. 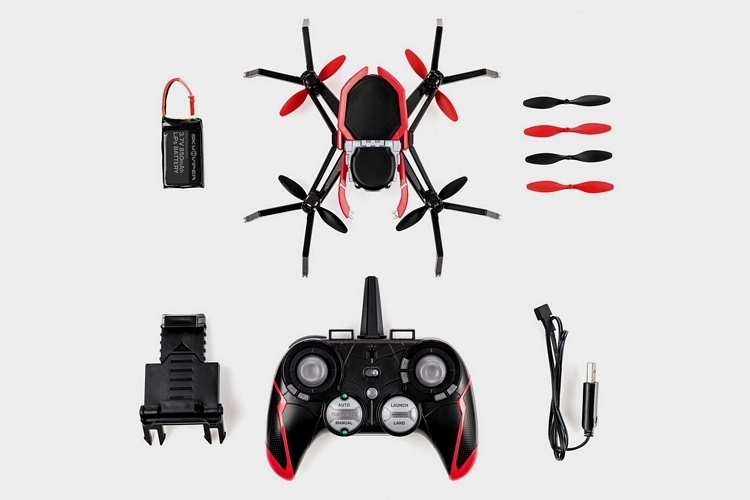 When paired with the app, the Skyrocket Spider Drone can stream 720p footage at 30 fps, which it can also record via an integrated microSD card slot (it only supports up to 32GB, though). The app, by the way, is Spiderman-themed, so you’ll get an Avengers-grade HUD overlaid on the flight footage, along with various soundbites derived directly from the movie. 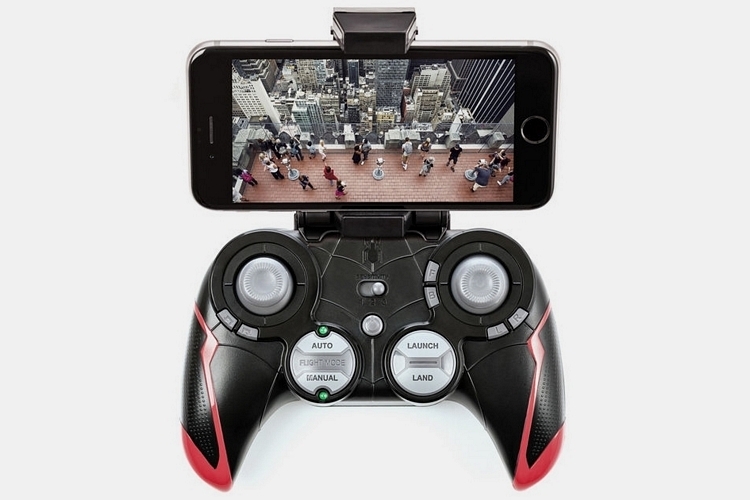 Like other drones, a rechargeable battery keeps the quadcopter flying, although there’s no word on the kind of range you can get in a single charge. We’re guessing 10 minutes or less, given that this is marketed as a toy, rather than a video recording tool, so make sure to have a power bank on hand to replenish it as needed. Just in case you’re flying at night, by the way, the drone is fitted with LEDs both front and back to keep it visible in the dark.

A Toys R Us exclusive, the Skyrocket Spider Drone is priced at $149.99.