Skyslide Puts A Horrifying Slide On The Side Of A 1,000-Foot Tall Skyscraper 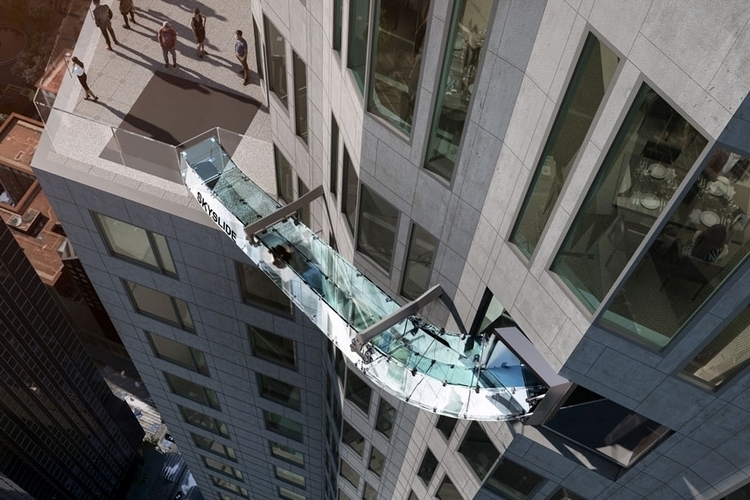 Going down a short slide isn’t very thrilling. At least, that’s normally the case. When that slide is made from glass and perched 1,000 feet over downtown Los Angeles, however, it’s a whole other story. That’s exactly why you’ll want to spend some time trying out the upcoming SkySlide.

Currently under construction outside LA’s US Bank Tower, it’s a 45-foot slide that’s completely transparent on all sides, allowing you to see the bustling city streets below, the rest of the cityscape right across, and the California sky up above. Yes, you’re still just going down a slide like you’ve probably done hundreds of times in your childhood, but with the thrilling element of being able to make yourself throw up from the dizzying height. 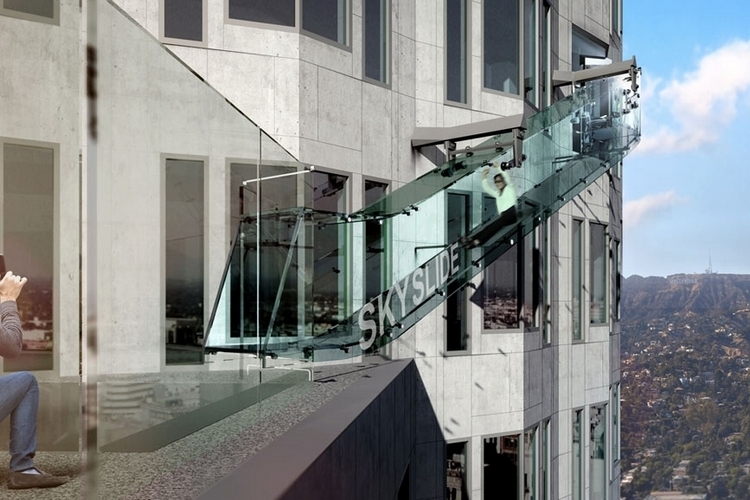 The Skyslide will be situated on the side of the US Bank Tower, in the area right between the building’s 69th and 70th stories (you’re basically sliding down from one floor to another). Similar to The Ledge, only a sheet of glass will keep guests from falling straight down to the streets below, making for one thrilling, albeit very short, ride. The attraction is slated to be part of OUE Skyspace LA, a new rooftop complex being built at the tower, which will also feature an observation deck and a restaurant for those who still haven’t lost their stomachs from the dizzying view below.

Skyslide is slated to open in June 25. Tickets are $25 to enter Skyspace, with a turn on the slide costing another $8.