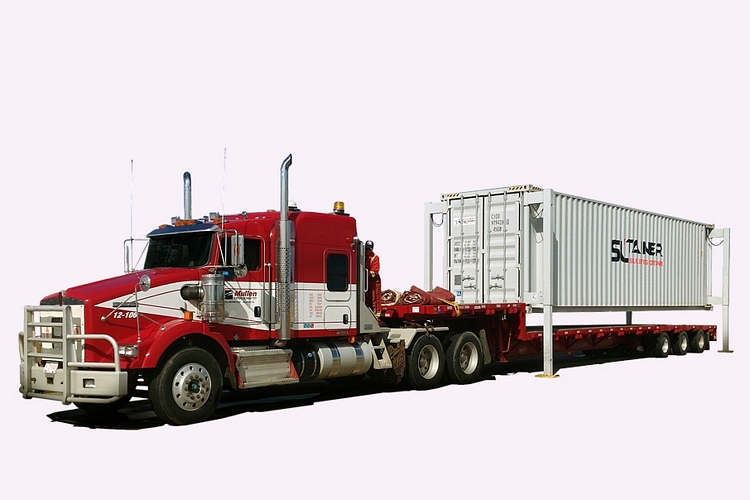 Shipping containers are large and heavy, which is why they’re lifted and loaded onto flatbed trucks using cranes and forklifts. And while it’s a tested process that works, it isn’t necessarily efficient. A new kind of shipping container called SL-Tainer improves on the system by using integrated legs to prop itself up at truck-loading height.

Made by Excalibur Systems, you just push a button to prompt the container to create clearance underneath all on its own, allowing a flatbed trailer to slide in place, before pressing another button to have it lower into the bed. Since it doesn’t require any other tool to lift it up and dock it on a trailer, the requirement for both expensive equipment and a licensed operator are eliminated, allowing for more economical operation, whether at the docks, the warehouse, or a pop-up location. 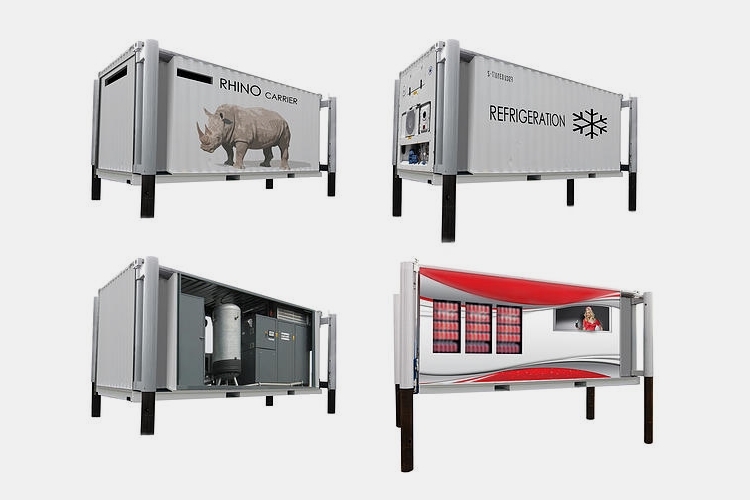 Unlike other self-lifting systems, the SL-Tainer’s legs are part of the actual container, so there’s no need for additional setup in order to equip it with the tech. It uses a self-leveling system to ensure everything rises in a balanced way, too, so it can be operated without any training, since all the user needs to do is press a single button to have it either rise up or lower back down. A two-speed hydraulic power pack and a 9kW motor powers the self-lifting mechanism, which consists of built-in hydraulic jacks installed on the container’s four corners, allowing it to rise by 5.2 feet. Both wired and wireless remote control units are available for the containers.

According to Excalibur, the container can be loaded or unloaded in 15 minutes in a process that uses up just $1.50 in fuel. Plus, the self-lifting system means it can be unloaded even with overhead obstructions, so you can park the container in a warehouse with a lower ceiling without any problems (as long as it can accommodate a truck, of course).

You can learn more about the SL-Tainer from the link below.