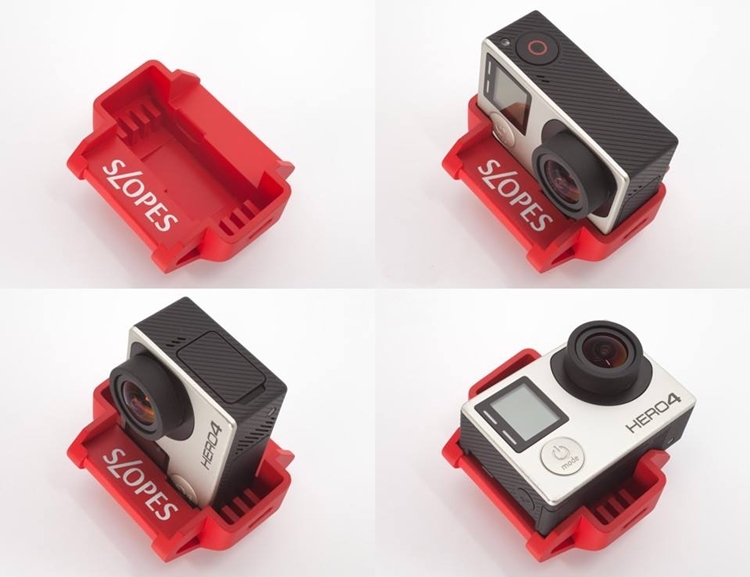 With the right accessory, you can mount a GoPro Hero at, practically, any angle. Problem is, it usually takes a few minutes to properly set things up, which could make you miss potential footage when you’re shooting more dynamic scenes. Slopes is a clever plastic mount that lets you position the action cam at a variety of angles in just a couple of seconds.

A GoPro stand with a polyhedron bottom, it lets you quickly position the camera at any of the available angles. No messing with screws, positioning arms, or tying down ropes – just find a stable surface, plunk the stand down, and you’re set. 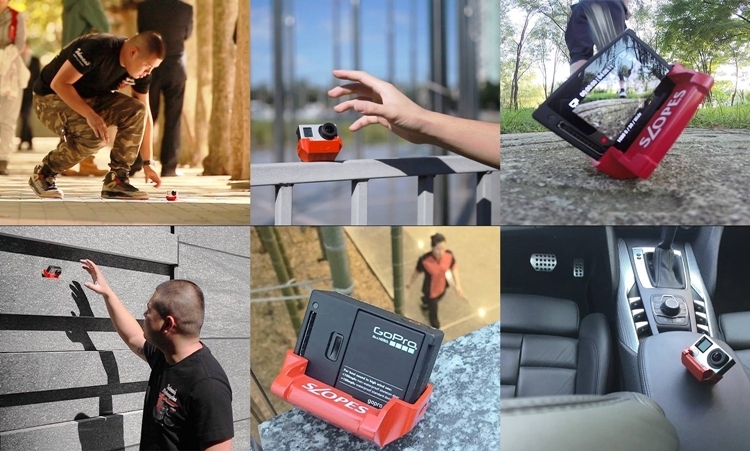 Slopes is capable of docking your GoPro Hero (it works with 3, 3+, and 4) in three orientations (portrait, landscape, and upward-facing) both forwards and backwards, as well as settling at any of five angles, totaling to a generous 20 different positions using just one stand. Each side of the stand’s polyhedron base is marked with the exact angle it’s sloped at, so positioning your camera doesn’t have to become an exercise in trial and error every single time. It’s highly stable, too, so you can place it on narrow beams and ledges without having to worry about your camera falling down. 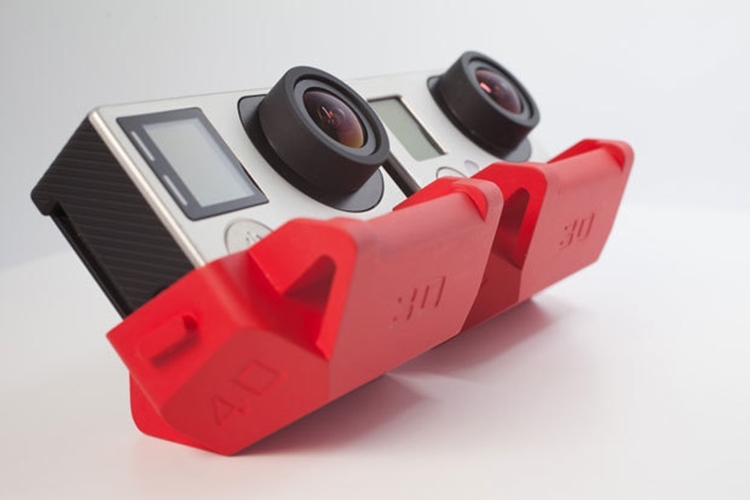 Grooving joints on the side of the stand allows you to connect two stands or more side by side, enabling you to shoot 3D movies or multiple footage of the same scenes. It’s highly compact, too, measuring even smaller than the standard GoPro case, so you can slip it in a pocket with no problem.

An Indiegogo campaign is currently running to fund Slopes. Pledges to reserve a unit starts at $21.