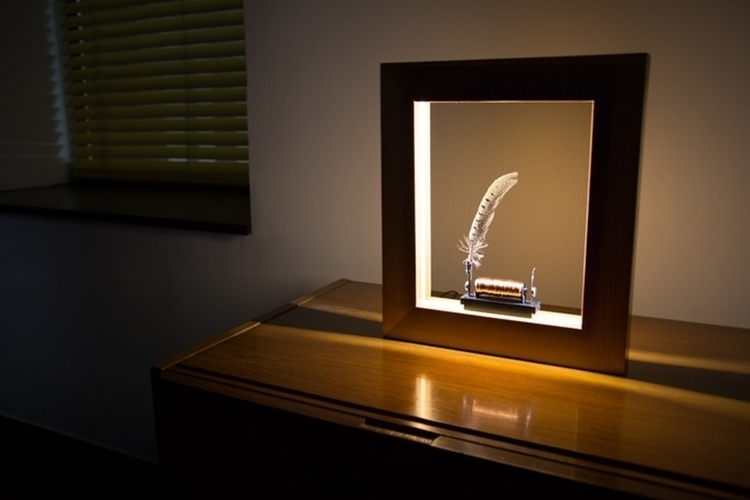 If you put a lightweight object on the clip inside the Slow Dance frame, it will move in a stylized slow motion similar to the visuals you’ll find in the movies. Except, it’s all happening in real time right in front of your eyes, creating a magical display that’s quite unlike anything else you can buy off a shelf.

Designed by Jeff Lieberman (yep, the host of Discovery Channel’s Time Warp), the frame comes with two clips where you can attach various lightweight objects like feathers, flowers, and papercraft dolls. Once it’s clipped, simply choose the effect you want to create and let it go to work, creating a live, real-time visual illusion that makes whatever’s on there appear like it’s moving in cinematic slow motion.

How is this possible? The Slow Dance comes with an electromagnetic mechanism at the bottom of the frame, causing any lightweight object clipped onto it to vibrate at high speed. Since that will normally cause the object to appear as a blur, the frame uses a series of LEDs installed around the frame as a strobe light blinking in sync with the high-speed vibration, creating the impressive visual illusion. Since the lights blink at a rate of 80 times per second, the blinking is all but invisible to the human eye, allowing the effect to succeed. 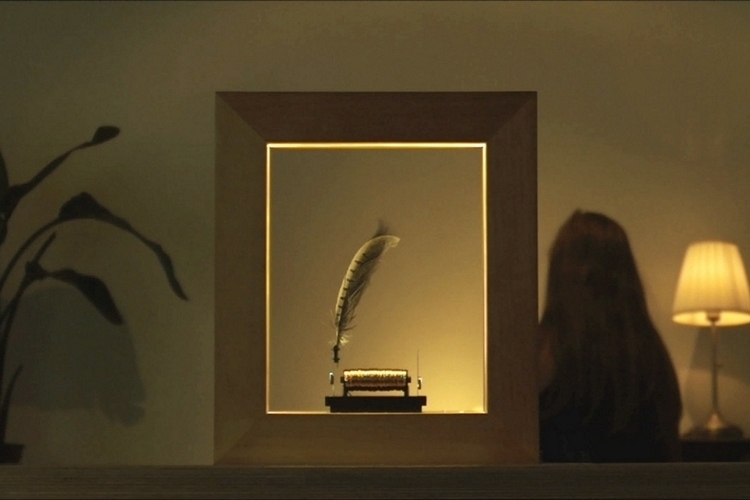 Controls at the base of the frame allow users to adjust the brightness and switch it on and off, as well as choose from three different effects. Aside from the basic slo-mo, it has a Double Trouble mode (the object looks like it splits into two parts then comes back together) and a Pop and Lock mode (1930s cinema-style slow motion). 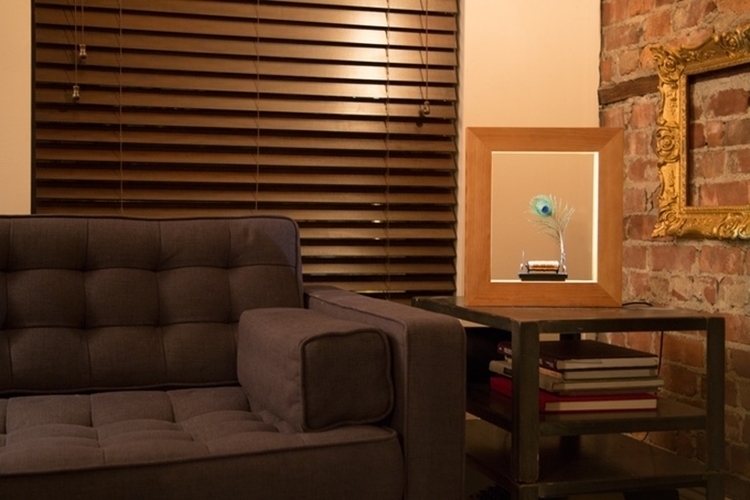 A Kickstarter campaign is currently running for the Slow Dance frame. Available pledges to reserve a unit start at $249.