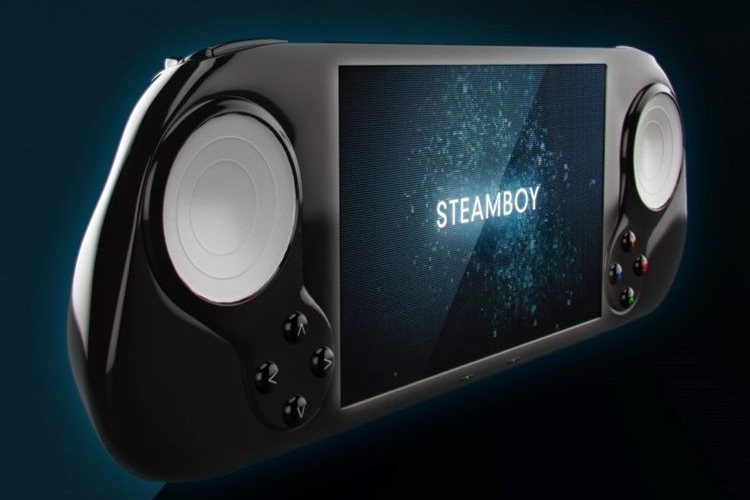 PC gaming finally makes a big splash in the living room when the Steam Machines debut in November. If you’ve been wanting something more portable, though, you’ll have to wait a little longer for the Smach Zero, a handheld gaming console running Valve’s SteamOS.

Formerly known as Steamboy, it’s, basically, a miniature gaming PC in a PS Vita form factor, allowing you to enjoy your favorite Steam games on the go. That way, you don’t have to quit playing Civ 4, Half-Life 2, or whatever other game currently destroys all your productive time when you need to leave the house, allowing you to continue them in the back of a classroom, on the way to work, or in the office pantry.

Smach Zero will have a 5-inch 720p touchscreen, flanked by four buttons and a tactile gamepad on each side, along with six rear buttons and a control stick. It’s powered by an embedded AMD G-Series SoC, which pairs a Jaguar-based CPU with Radeon graphics. Other specs include 4GB of RAM, 32GB of internal storage, SD card slot, WiFi, Bluetooth, HDMI-out, and optional 4G connectivity for those who want to play online on the road.

According to the company, the console will play more than 1,000 games from the Steam library out of the box, so while you aren’t likely to be able to use it for the most demanding titles, there should be plenty of options available. No word on battery life, though, which is expected to be the major sticking point for any handheld-sized PCs, so that could be a huge concern for the device moving forward.