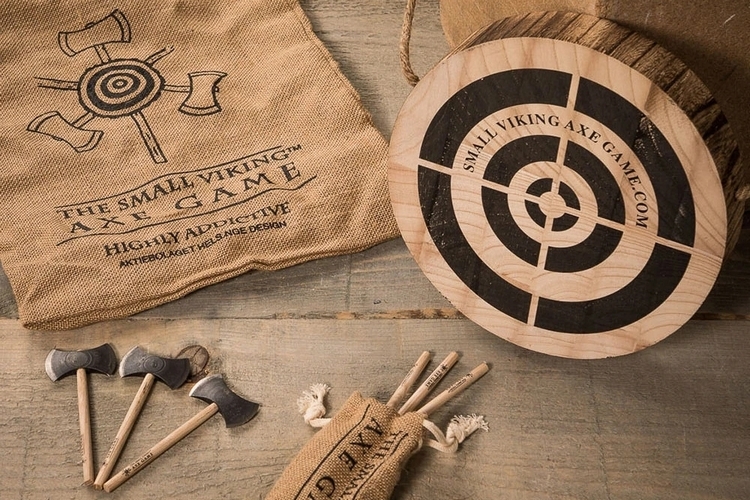 Axe-throwing is the new darts. At least, that’s what we gather from all the axe-throwing bars that popped up before the whole virus shenanigans put a damper on things. From what we can tell, they’re picking up right where they left off this year, occupying revelers with a blend of alcohol consumption and cathartic axe throwing once more as cities open back up. If you want to get some practice before hitting the local spots, though, you can pick up the Small Viking Axe Game.

No, it’s not the same game they have at the hip joints around the city, where you send a full-sized throwing axe coursing through the air towards a target out front. That’s probably not the kind of thing your spouse, partner, or… uhm… mom will allow in the house. It’s not one of those throwing axe toys for kids, either. Instead, it’s a scaled-down version of the trendy axe game – one that uses a real axe but is a whole lot less hazardous for the people, pets, and things lying around your household. 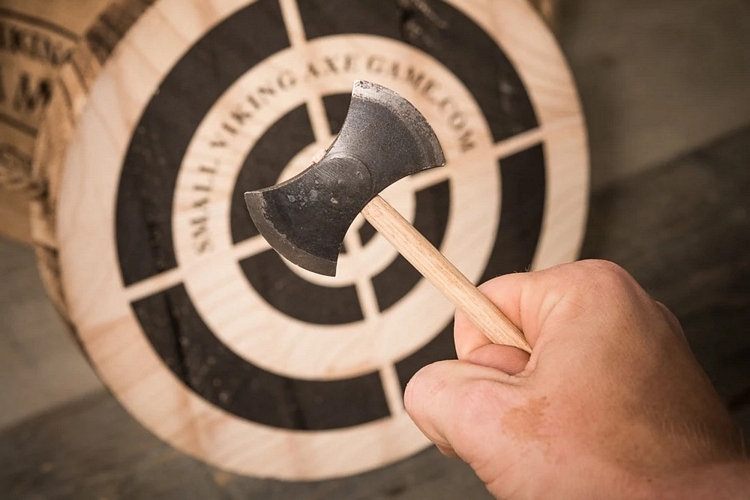 The Small Viking Axe Game consists of a round wooden target with three concentric guide marks and three axes with sharp bladed heads, similar to the games you’ll find at axe throwing bars. Except… you know… at a much smaller scale, so both the axes and the target are pretty small. How small? Well, the shaft of the axe is around the size of a ballpoint pen, with the axe head sized at around the same scale, so this is much smaller than the throwing axes you can buy from your local outdoor shops.

Despite their small stature, the axes come with proper heads that come with sharp blades on both sides. That means, you can use this to cut and chop small stuff (maybe even shave) if you feel like it, all while digging right into the wooden board every time you make a successful hit. Is it sharp enough to injure? Probably, which is why they’re recommending it strictly for 18 years and older, although the small size means they’re way more manageable than a standard throwing axe, so it’s much less likely you’ll lose control of it. At the size, it actually feels a lot like playing darts, albeit with a much cooler throwing implement. 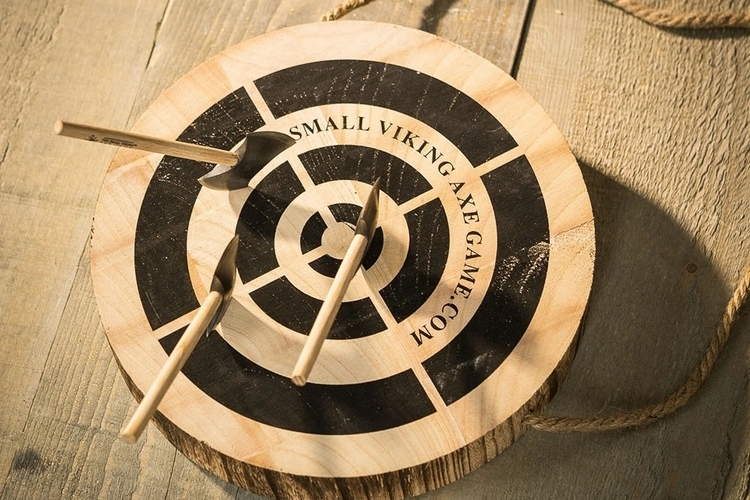 The Small Viking Axe Game recommends you soak the target in water for 30 minutes each time before playing. This supposedly loosens up the wood fibers in the stump, making it easier for the blade to dig into the target surface, apart from healing some areas of the wood that have been damaged from previous games. And yes, the axe spins around in the air while it makes its way to the target, so this thing looks just as cool as the full-sized version you’ll see in axe-throwing bars around the country. 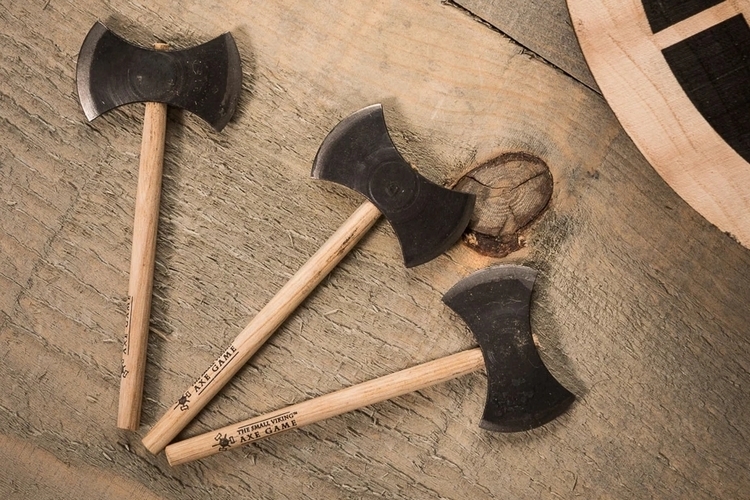 Each set, by the way, comes with six spare shafts for the axes, as well as all the tools you need to replace them when necessary. No word on how to sharpen the axe heads when they dull, but, we imagine, you can treat them like a standard knife blade for sharpening.

The Small Viking Axe Game is available now, priced at $116.