Will Somebody Start Selling This Smart Bathroom Mirror Already? 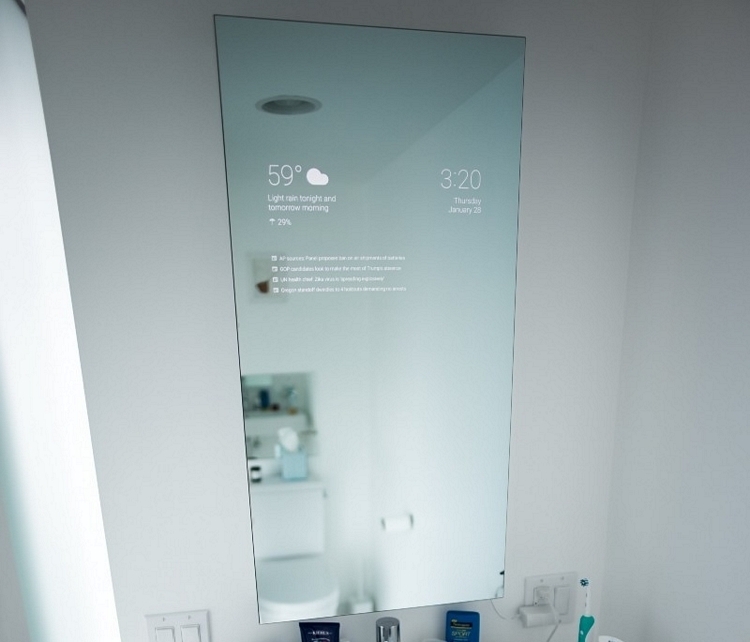 We’ve seen many homebrewed attempts at making smart bathroom mirrors. You know, mirrors with a hidden LCD that flashes pertinent information throughout the day. Google engineer Max Braun’s Smart Bathroom Mirror may be one of the best we’ve seen, though, with its clean integration and uncluttered interface.

Just like previous implementations, this is a custom-build – one that’s still a work in progress, according to its creator. As such, the software is pretty barebones, displaying just the time, date, weather, and notable news headlines, although it should be able to integrate most anything that comes as a Google Now card (it uses Android APIs). 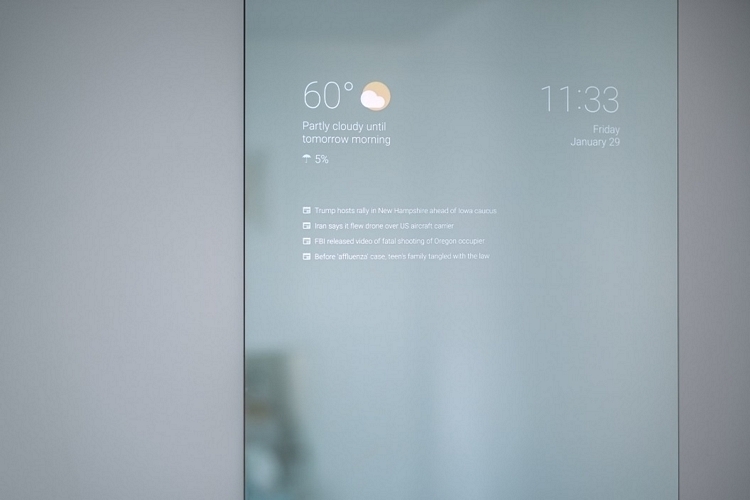 The Smart Bathroom Mirror uses off-the-shelf components, namely a two-way mirror, a slim display panel, a controller board, an Amazon Fire TV Stick, and a gaggle of small electronic parts. It layers the display between the mirror glass and the cabinet door, so the whole thing looks very clean when viewed from both the front and sides. Of course, the view from the back of the door is another thing entirely, since the prototype currently has the board and the numerous components attached to it out in the open. It should be possible to hide it in a small enclosure attached to the back, though, so no big deal. 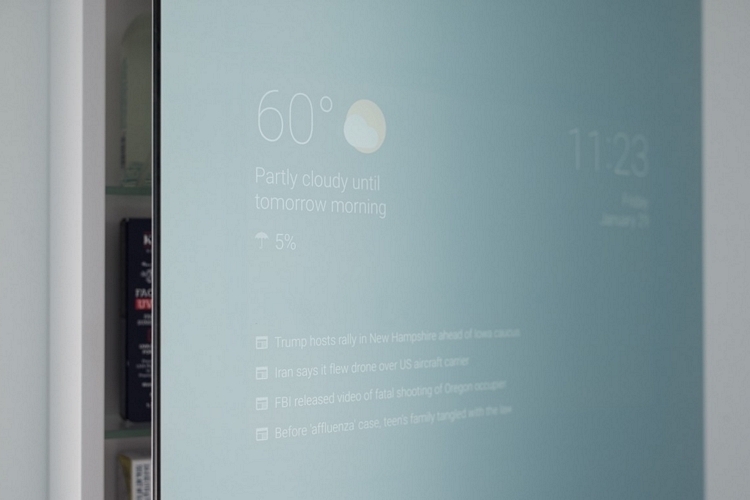 Do note, this particular implementation won’t be using a touch interface. Instead, there’s a small button out front for switching it on and off, along with voice commands for interacting with the UI, which, we’re guessing, will be pretty similar to the way you would on an Android Wear device.

Check out Braun’s post over on Medium for the full details.