SMASHmouse Puts The Mouse On A Pedal, So You Can Control The Cursor With Your Feet 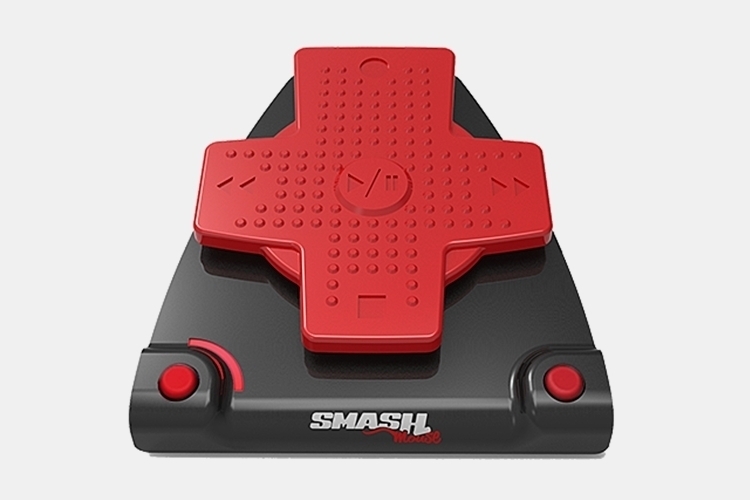 Playing an instrument while following a video tutorial online can be a frustrating affair, with your hands having to constantly switch from the instrument to the computer peripherals. Sure, you can use voice commands to control video playback, but that’s not exactly a universally-supported capability. Basically, if you’re using a PC, chances are you can’t use voice commands to control playback on YouTube, Facebook, or whatever other website is hosting the video. Basically, you’re better off using something like the SMASHmouse.

A foot pedal designed to perform mouse functions, the device allows you to move your cursor around and click on stuff while using nothing but your foot. That way, you get to control whatever’s onscreen without taking your hands off your instrument, whether you’re grasping at a guitar, a violin, or a pair of drumsticks. 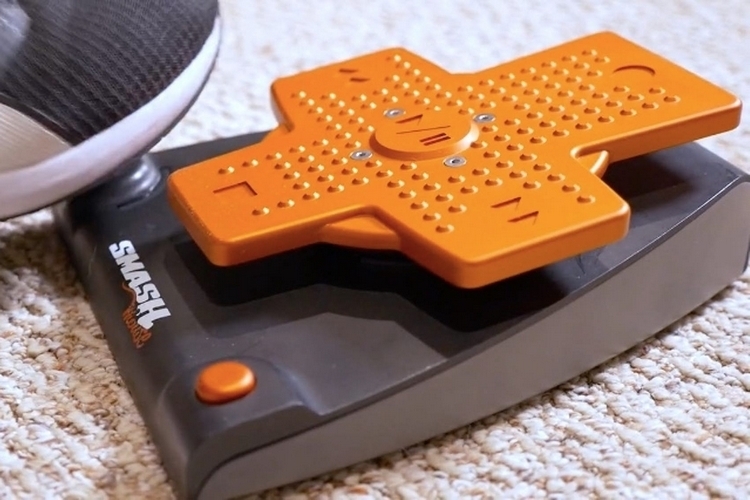 The SMASHmouse consists of a giant one-piece directional pad with a pair of buttons below it, all sized such that they can be comfortably operated using one foot. It can plugged in via a USB slot on your PC or connected wirelessly over Bluetooth, after which you can start using it as your navigation peripheral. To use as a mouse, simply roll your ankle around the D-pad to get the cursor to move, then stomp at the center to perform a left-click. The smaller button on the bottom right serves as replacement for the right-clicking action.

With that capability, you should be able to do, pretty much, anything you’ll be able to do with the mouse, albeit probably with less precise controls than you would with a regular navigation peripheral. That means, you might want to restrict the device’s use to those times you simply want to keep your hands free (or one hand free, if you only need to ditch the mouse but keep using the keyboard) – not for those times when you want precise control of the cursor (e.g. if you’re gaming or creating vector graphics).

Aside from serving as a mouse, the SMASHmouse also comes with a “Playback Mode” that allows you to use it to control video playback on sites such as YouTube. In this mode, the directional button can be used to either fast forward, rewind, record, or stop playback, while stomping the center plays and pauses the video. The button on the lower left toggles between the two modes. And, yes, they plan to add other modes in the future, so that it can be used to scroll through websites, flip through an ebook, control music production software, and more.

It’s compatible with Windows and MacOS out of the box, with plans of iOS support later down the line, so you can use it as a control peripheral for iPhones and iPads. When used wirelessly, the onboard battery can keep it operational for up to 12 hours at a time, which should allow you to do a whole lot of things between charges.

A Kickstarter campaign is currently running for the SMASHmouse. You can reserve a unit for pledges starting at $35.