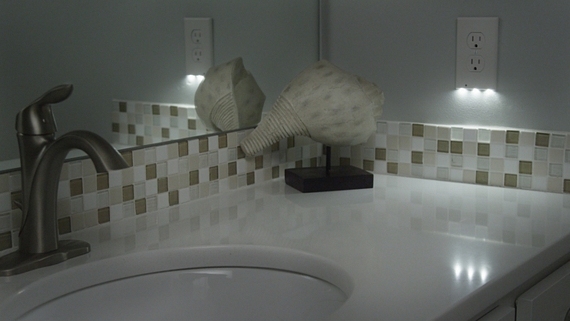 Nightlights are incredibly handy in the dark, letting you make your way around the house at 3 AM even with all the lights out.  Provided you remember to turn on the nightlights before you hit the bed, that is.  The SnapRays Guidelight offers a better solution.

A straight replacement to the electric outlet cover plate, it comes with built-in LEDs at the bottom that automatically switch on and off depending on the current lighting condition in the room.  No need to remember to plug in the nightlights or switch them on — the system manages the feint nighttime lighting on its own.  Armed with a light sensor, it can detect the lighting condition inside the space, automatically switching them on when it’s dark and turning them off when the room is well-lit. 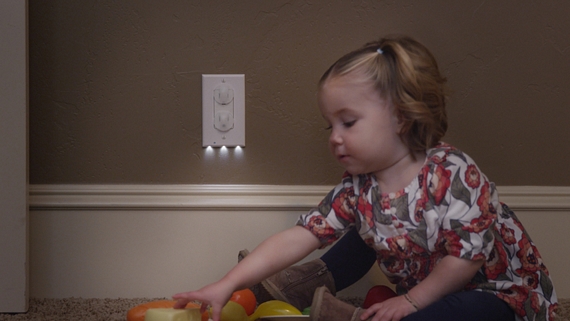 The SnapRays Guidelight looks just like a conventional outlet cover and installs into any standard electrical outlet with exposed screw terminals (no GFCI, sorry), regardless of manufacturer or year.  Unlike standard guidelights that need to be hardwired, this can install in seconds just like a regular outlet cover, with the only difference being a patented “power extractor” in the back plate, which you’re supposed to slide into the electrical box to make contact with the outlet’s sides.  The power extractor will take care of feeding electricity to the sensor and LED system, so both outlets remain free for plugging in your appliances and electronics. 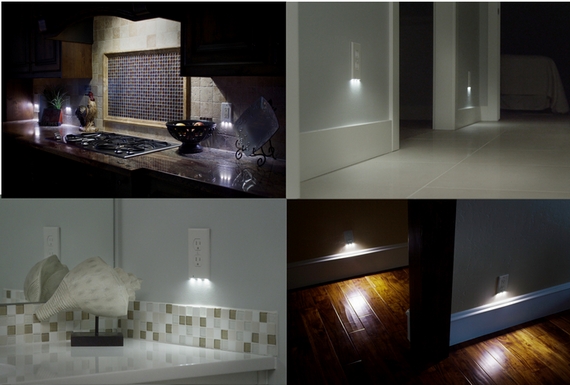 It comes in two styles: duplex (two separate outlets ) and decor (one large rectangular hole).  Each lighted outlet cover is estimated to cost less than 10 cents per year to power, with the LEDs rated to last up to 25 years.

A big hit over at Kickstarter, the SnapRays Guidelight has a fully-funded campaign that’s still running.  Pledges to reserve a unit starts at $12.