This Camping Couch Can Convert Into A Bed, A Standing Shelf, And Even Lounge Furniture 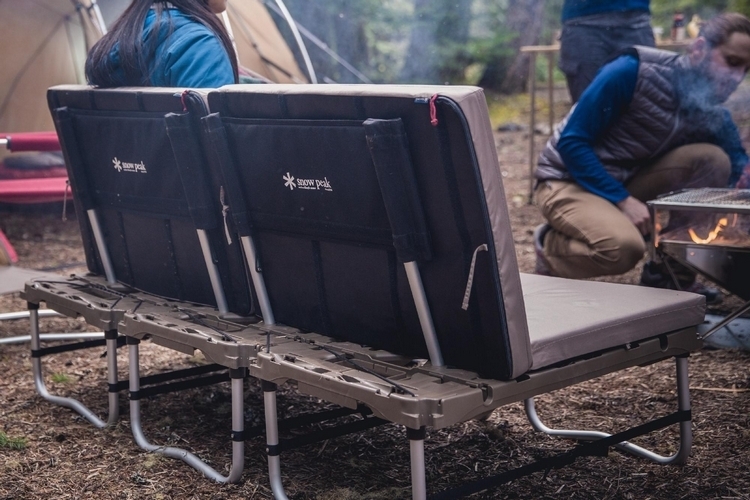 When camping, the more versatile you gear is, the more useful it’s going to be. You’re limited to how much you can pack, after all, so every added function definitely matters. That’s what makes this Snow Peak Camp Couch quite the special creation.

A multi-function camping gear, it’s designed to serve equally well as a couch for lounging, a bed for sleeping, a two-chair-and-table combo, or even a three-level storage shelf. Seriously, it can literally transform into whatever you need at that exact hour, allowing it to serve your needs all day at camp. 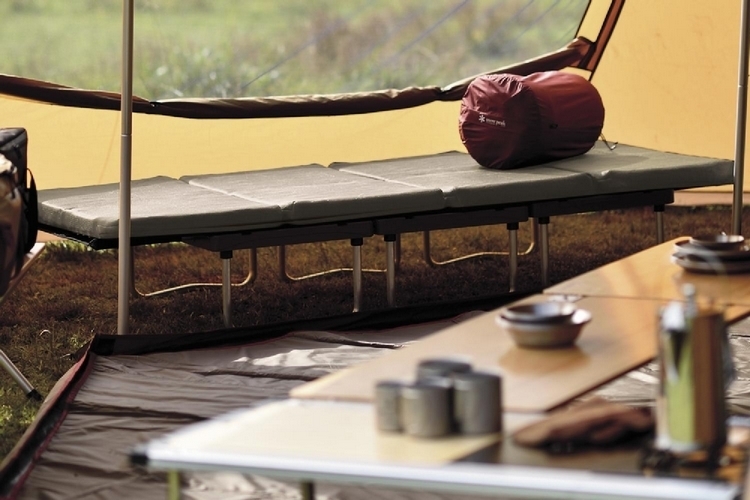 The Snow Peak Camp Couch starts off life as three separate rectangular panels with foldable legs, four separate cushions, and two backrest units for easily packing during transport. At the size, the entire assembly should have no problem squeezing into the boot of a car, although the cushions might make it tough to strap down onto your packs (plus, the whole thing weighs over 37 pounds), so it might be more suited for car camping than anything where you’ll have to go on foot.

To assemble it into a couch, simply snap on the three panels together, attach the backrests, and lay down the cushions accordingly (two on the seats and two on the backrest). The backrest can be adjusted in one of two angles, so you can choose a slightly upright posture or a slightly more reclined position. While only meant to sit two, it does look big enough for three average-sized persons to fit in, so it should make for a fine alternative to camping chairs and stools. 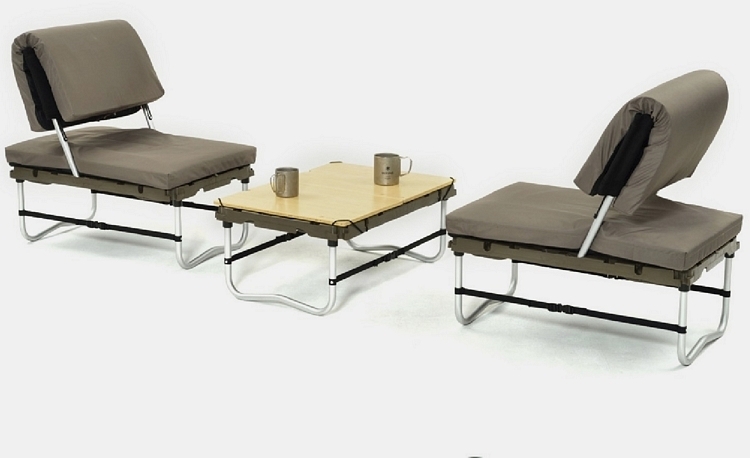 In bed mode, you simply remove the backrests of the Snow Peak Camp Couch and lay down the four cushions to cover the entire surface of the connected panels. We know, four separate cushions isn’t the most ideal way to sleep (it will separate at some point), but it still sounds better than the cold, hard floor of your four-person tent. Yeah, definitely much better.

To turn it into a two chair and table set, simply detach each individual panel and install the backrests on two of them. After that, lay down a cushion on each one for the seat and wrap a second cushion on the backrest. The table can be used as it is, although the surface of the panels is grooved, which will make balancing your stuff on top tricky. As such, the outfit recommends laying down a flat board on top of the table panel’s surface. Snow Peak also has one such board that they sell as a separate accessory. 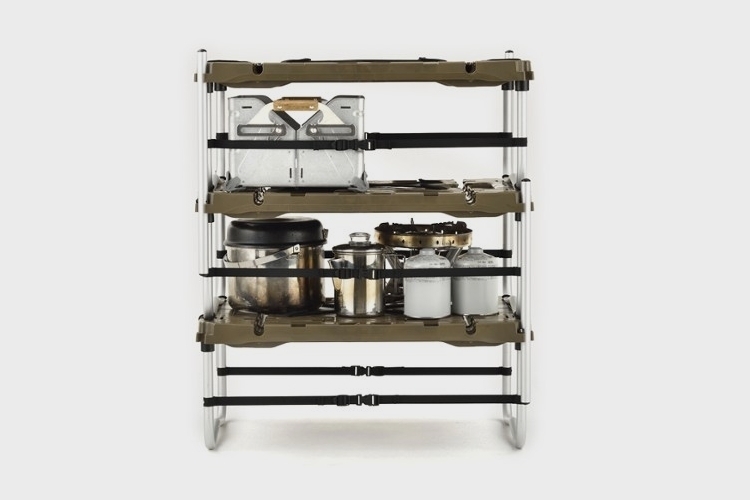 In shelf mode, you simply stack the panels together using the legs and the connectors along the panel’s corners, allowing you get a sweet-looking three-layer storage shelf for keeping all your gear away from the ground. Construction is aluminum for the frame, durable plastic for the panels, and urethane foam for the cushions with a polyester canvas cover.