Snowfeet Is A Mini-Toboggan For Your Boots, So You Can Slide Down Slopes Without Skis 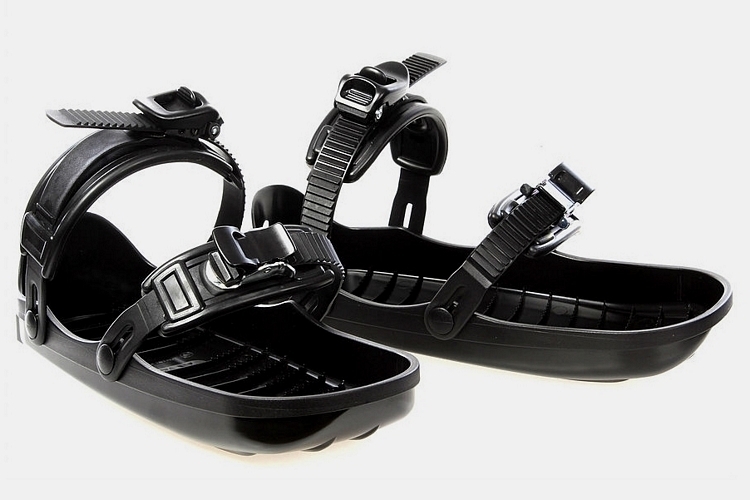 It looks like a pair of cleats you can wear over your shoes to let you easily walk in the snow. And, well, it kind of works out for that purpose. Except, the Snowfeet is actually a unique winter footwear that lets you move through the snow in a manner similar to skating.

Designed as a light-duty alternative to skis, the strap-ons, basically, function like mini-toboggans for your boots, allowing it to glide over snow, whether you’re passing through narrow forest trails or coming down a slope. That’s right, you can use it to actually slide down slopes, all without the inconvenience of large and awkwardly-shaped gear. 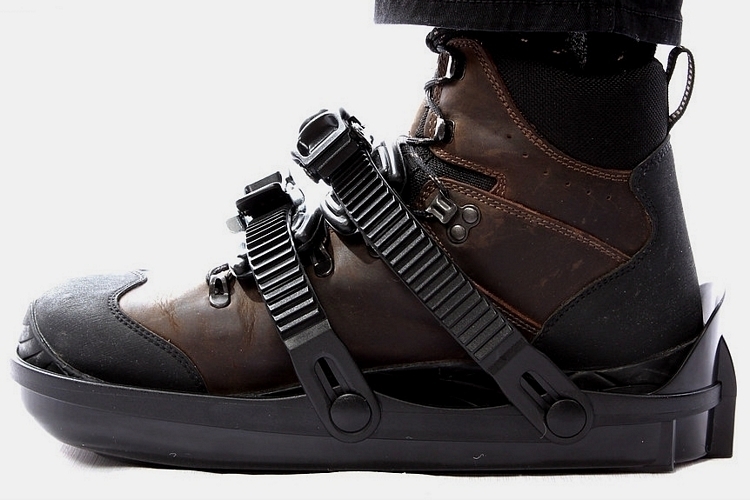 The Snowfeet is a one-size-fits-all accessory that straps down to your winter boots, giving it a bottom surface that’s similar underside of toboggans. This makes it viable for walking on any type of snow-covered surfaces, all while allowing you to glide over them in a skating-like motion. The draw, of course, is its ability to let you slide down powder-covered slopes, which makes it a more convenient alternative to skis and snowboards. The outfit describes it as a cross between skiing and skating, which should make a mild curiosity at the least for anyone interested in recreational winter sports.

Do note, the outfit admits that turning and stopping is harder with the strap-ons than a regular pair of skis, so it’s won’t be quite as efficient when going downhill as traditional skis. In fact, they recommend avoiding steep slopes due to the fact that going too fast might affect your ability to control the descent, which isn’t really all that encouraging. So, yeah, if you spend your winter days trying to get an adrenaline rush in a safe manner, this probably isn’t your thing. However, if you simply want some light recreation in the snow, this thing should do the trick while minimizing the amount of gear you carry. We mean, the darn thing looks no bigger than a pair of sandals. 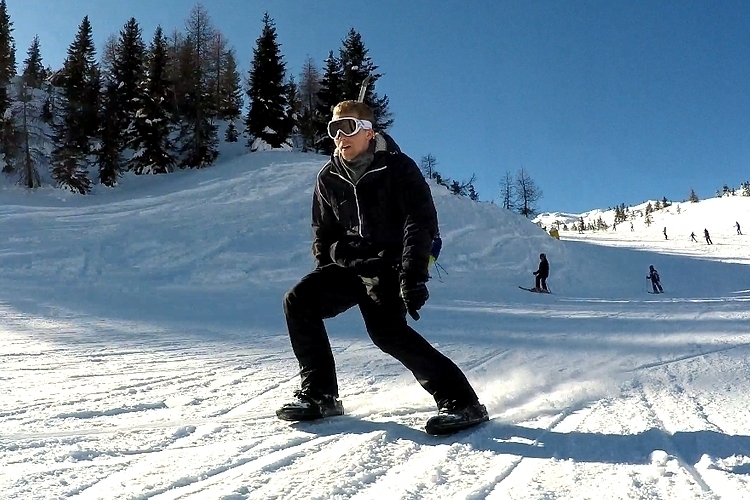 The Snowfeet is made from a durable plastic material that can withstand freezing temperatures without any problem, ensuring you can wear it for extended periods in cold weather. It’s designed to wear over any shoe between sized between seven and 12 in US sizes, which should cover most teens and adults, so you can put it on with your most comfortable winter boots for a nice day in the outdoors. 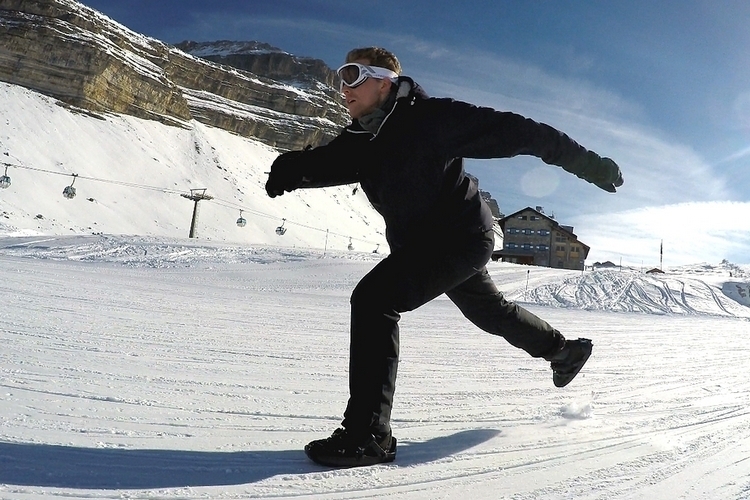 Truth be told, we don’t know how necessary something like this is, especially with the warning about using it in steep slopes because that makes it a hard-sell as an actual alternative to skis. I mean, if they can make it easier to maneuver and easier to stop, then its viability increases. At this point, it’s main selling point is the obvious convenience of being able to slide down slopes without having to bring anything more than a pair of sandals with a toboggan-like underside. Truth be told, that might be enough for a good chunk of folks.

The Snowfeet is available now, priced at €109.