Snowtunnel Lets You Snowboard In The Summer, Even In The Middle Of The Desert 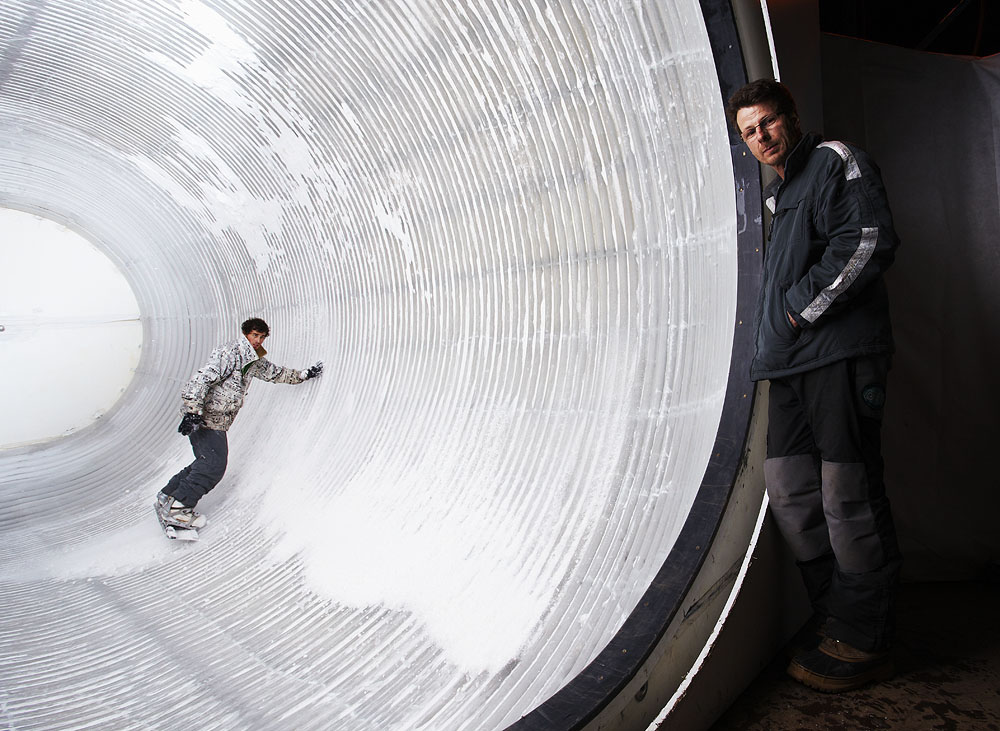 Like to snowboard, but enjoy life in your tropical island?  Not a problem with the Snowtunnel, a rotating barrel that lets you snowboard all year long.

Sure, it won’t replace the thrill of sliding down steep slopes at high speeds.  For keeping your snowboarding skills sharp, however, there’s nothing more convenient. 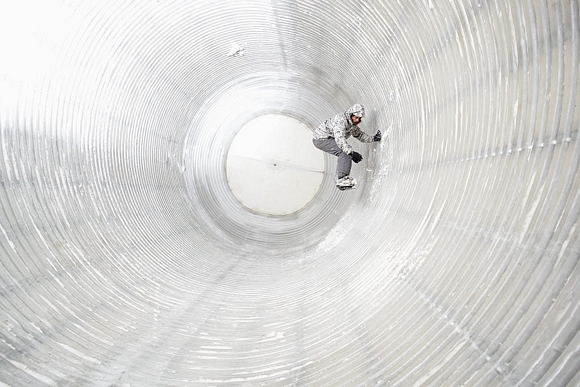 The Snowtunnel uses a corrogated steel drum measuring 7 x 4.8 meters, with a refrigerant glycol piped through to cool the metal surfaces.  When water is sprayed (it uses approximately 8,000 liters) on the 3km of piping on the interior, the liquid freezes and turns into aerated ice crystals, giving you instant snow that you can work those fancy moves on.  It rotates on rollers to offer constant movement, which you can adjust to run between one to 50 kilometers per hour.

According to inventor Darren Visser, you can use a regular snowboard on the makeshift snow surface.  For best experience, though, they recommend shortened ones, due to the unusual contour of the barrel’s interior.  As an added bonus, there’s a Teflon plastic rail at the front lip of the machine, allowing you to perform grinds.  It may not be real snowboarding, but it looks fun as hell. 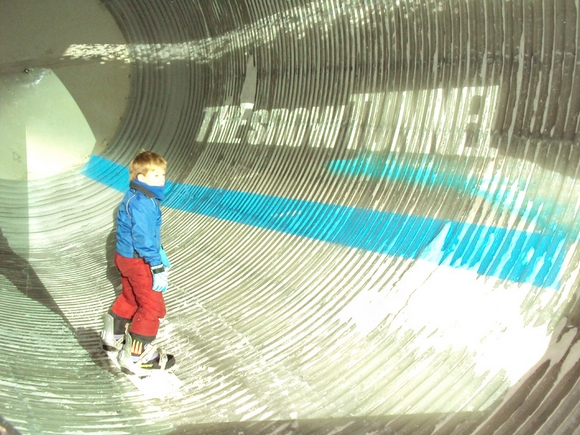 While huge, the Snowtunnel is supposedly fairly cheap to build and operate.  Don’t expect to carry it home as the thing weighs four tons on its own.  Once filled with ice, that balloons to as heavy as 12 tons.  It takes 10 hours of setup time to get a snowy surface, with additional spraying needed every two days.

Want to install one in your backyard?  Better contact the inventor as it’s not yet commercially available.  Looks like a perfect addition to any theme park, though.

[The Snow Tunnel via Gizmag]