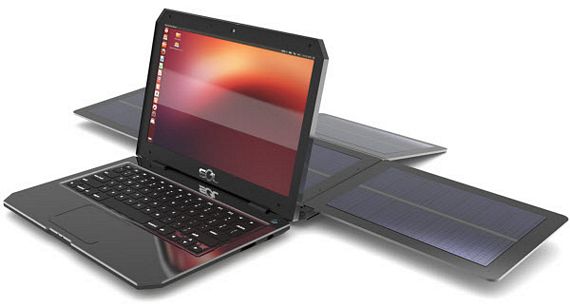 If you want to take a computer camping in the woods, forget about keeping your pack light.  Not only will you need to lug a laptop around, you’ll need a pretty powerful solar generator to keep it juiced for long periods (no, that tiny Joos Orange you use to charge a phone won’t do).  That won’t be the case, of course, if you do your work on a Sol laptop.

Billed as “the world’s first fully solar-powered laptop,” it requires just two hours of strong sun exposure to fill up the battery enough to allow ten full hours of computing use.  With that kind of optimized generation-to-consumption ratio, you can, in theory, use this without ever plugging into an outlet.  Unless, of course, you keep it on all day and night, in which case, why the heck didn’t you just stay home anyway? 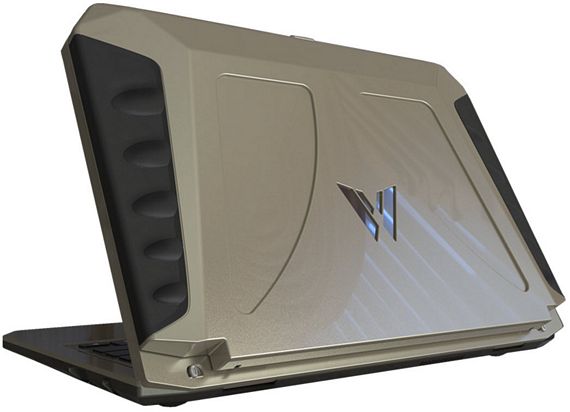 While the prospect of a solar-powered laptop might sound iffy since no sunshine passes through your drab cubicle walls, Sol was actually originally designed with developing countries, where electric supply is erratic or non-existent, in mind, so it makes perfect sense in that context (e.g. aid workers who need a laptop while in the field).  At any rate, it should make for an excellent emergency computer when you’re hitting the outdoors and get a sudden urge to work on that Powerpoint presentation you’ve been putting off doing the past week.  Being intended for use outdoors, it sports a rugged design that’s a little beefier than the sleek frames of today’s computers.

It uses a large panel of solar cells that fold out behind the laptop’s display to soak up a large amount of sunlight.  Actual specs include a 13.3-inch WXGA LCD, an Intel Atom D2500, 320GB SATA HDD, up to 4G of DDRIII RAM, Intel GMA6300 graphics, a 3.0 megapixel camera, built-in dual speakers, internal mic, WiFi, GPS, Bluetooth 4.0, and a 3G/4G radio.  It comes preloaded with a standard Ubuntu build.