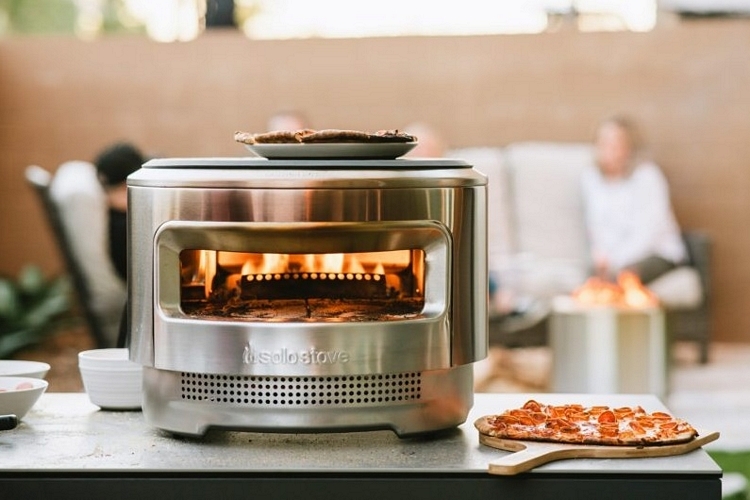 We’re big fans of Solo Stove’s fire pits, with their relatively portable size and near-smokeless operation. We’re also fans of their decision to use the same clever design in a backyard grill. This time around, they’re expanding their backyard cooking arsenal with the Solo Stove Pi.

No, it’s not another grill. Instead, the outfit is adding a proper pizza oven to their lineup, giving you a tabletop rig that you can use to crank out pies in the backyard. While it doesn’t have the same smokeless burn as the fire pits, it does get the same style and aesthetic, making for a good-looking addition to anyone’s backyard. 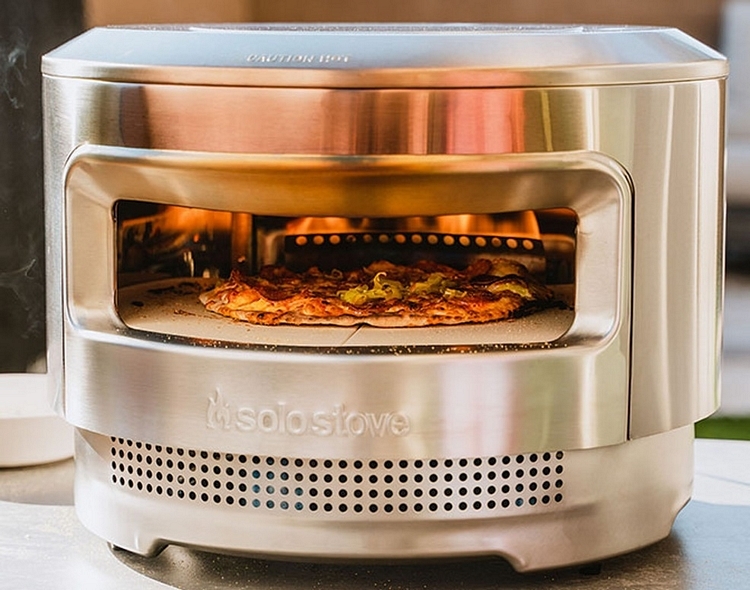 The Solo Stove Pi takes on a round shape similar to their fire pits, albeit with a demi dome top that directs heat down to the full-width cordierite pizza stone at the floor of the oven and a panoramic opening sized to fit the 12-inch pizzas out front. Naturally, it uses a similar airflow design as the outfit’s fire pits. In this case, it uses perforations at the base of the oven to allow air to enter, which it redirects straight to the fire in the back, ensuring you flames get a regular supply of air to keep going while you cook one pie after another, while ceramic insulation keeps the heat inside to maintain optimal cooking temperatures.

Like the outfit’s fire pits, it can use wood for fuel, which you simply put at the recessed tray down along the back of the oven, similar to standard wood-fired pizza ovens. If you’re not quite up for collecting logs, you can also use the optional Gas Burner accessory, which allows you to cook your pizza by simply hooking it up to the same LPG tank you use on your gas grill. 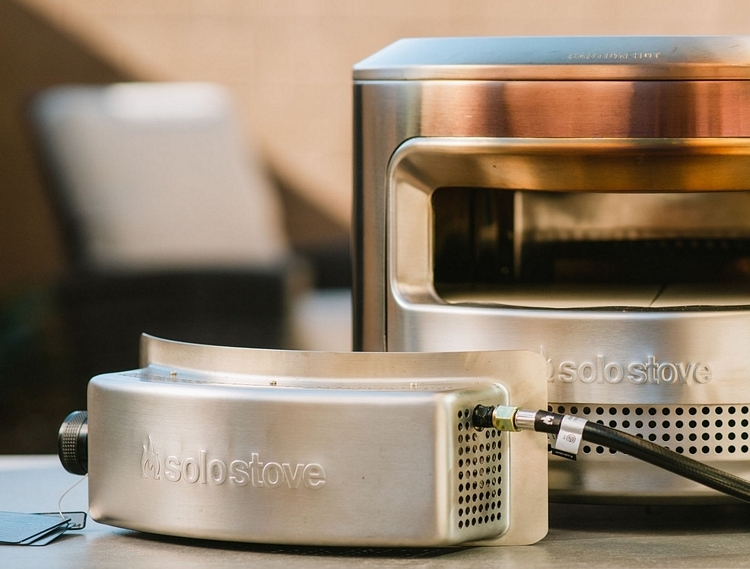 The Solo Stove Pi can heat up the pizza stone to 750 degrees Fahrenheit when using wood for fuel and 800 degrees Fahrenheit when using the gas burner. Do note, there’s no built-in thermometer in the stove, so you’ll need to use a separate to measure heat levels. There’s also no listed time as to how long you need to preheat the oven to get to those temperatures, but we hope it’s, at least, a little close to the 15 or so minutes Ooni’s ovens are able to heat up to proper cooking temperatures (from what we can tell, this one will take way longer). Once it’s adequately preheated, the oven is able to crank out one pizza every two minutes. There’s enough room inside to fit a single 12-inch pizza or a few smaller pies at the same time. 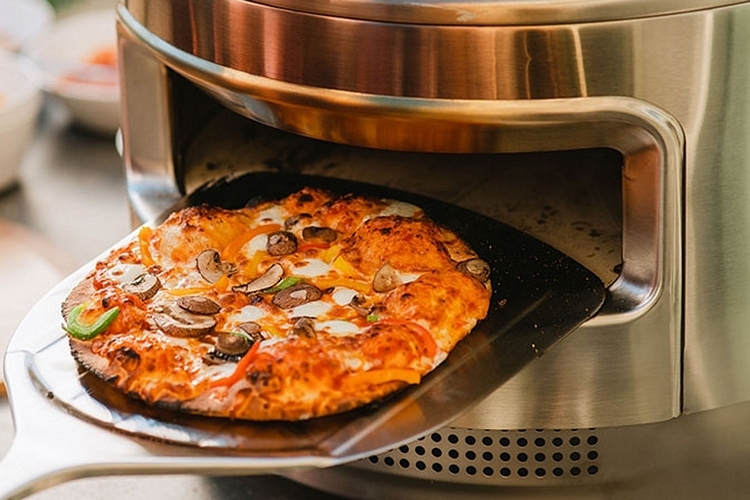 There’s a built-in pan that allows it to collect ashes when using wood for fuel. According to the outfit, you can burn around three hours’ worth of wood before the pan gets filled up with ash, at which point you’ll need to clean it up before cooking again. When using gas, you can cook for however long you like, so long as you still have propane in the tank.