Soloshot Tripod Follows You Around Automatically – No Girlfriend Required! 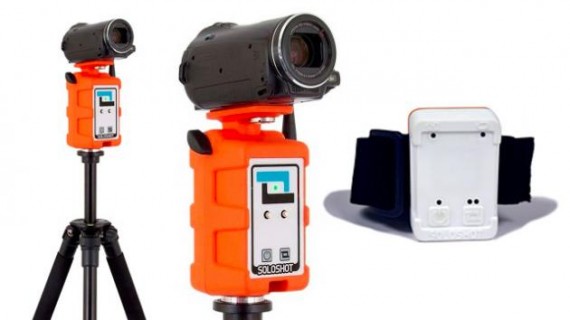 You like to surf.  And you love watching videos of yourself hitting the waves.  Problem is, your girl just dumped you cause you’re a no-good surfer and all your surfer buddies would rather be out in the waves than following you around with a camera.  What to do?  Get the Soloshot.

An autonomous robot cameraman, the system will stand on a tripod in shore and continually find you in the vastness of the ocean, keeping that camera lens aimed your way, regardless of where you end up catching your wave.  Sure, it can’t quite run up and down the shore to get the best shot, but every move you make can be captured with this thing in tow. 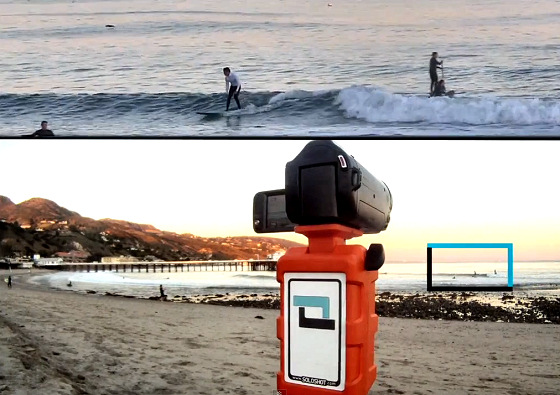 How will the Soloshot recognize you from the mass of people on the beach?  The system comes with a sensor that works hand-in-hand with a waterproof electronic wristband you’re supposed to wear.  Wherever the wristband signal goes, that’s where it faces, allowing it to get you in frame the entire time you’re out in the water.

The full system consists of a 5-foot tripod, the Soloshot Armband with Remote, and the Soloshot Base.  The base is the spinning part of the assembly and also acts as the mounting unit for your Blackmagic Cinema Camera (it has a standard tripod mount on top).  It can spin a full 360 degrees continuously, so you can put your tripod on an island and take laps on a jetski around it while capturing everything on video.

While designed for surfing and similar action watersports, the Soloshot could work with other sports that you can film while standing on the same spot the whole time (maximum range is 2000 feet).  You know, like basketball (put the tripod on the sidelines) or skateboarding on a half pipe.  It’s available now, priced at $479.